The Inventors’ Dilemma: Drafting your own patent application when you lack funds 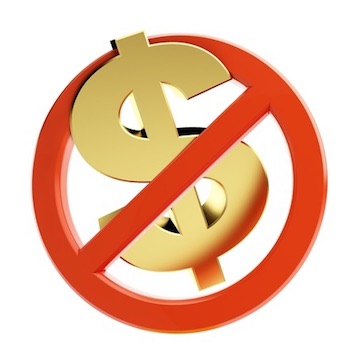 Frequently inventors are faced with a dilemma that is all too common for entrepreneurs. Generally speaking, most will bootstrap a project, whether it is an invention or start-up. That means long hours working without compensation, without revenue and not enough money to do everything that really needs to be done in a perfect world. Lack of funding presents great challenges.

The first entrepreneurs’ dilemma that inventors typically face is with respect to whether to hire a patent practitioner or to simply go it alone and prepare and file a patent application. Obviously, if you can afford competent legal representation that would be the best path to take, but entrepreneurs, and inventors, rarely have the funds available to do everything that really needs to be done. Thus, corners sometimes need to be cut. That is just the nature of business.

The problem with cutting corners in the patent space is that there are so many pitfalls lurking around nearly every corner. Indeed, representing yourself can be a little like taking out your own appendix. If you have acute appendicitis and you are hiking in the mountains many hours away from the nearest hospital taking out your own appendix looks like a much better option all of the sudden given the alternatives. But ordinarily you wouldn’t dream of removing your own appendix. Similarly, if possible you really shouldn’t be representing yourself as you seek a patent. There will be times, however, when it is either do at least some of the work yourself or the project just can’t move forward.

Not surprisingly, many inventors faced with this entrepreneurs’ dilemma will decide to proceed on their own, at least initially. That is a perfectly fine choice, but it needs to be done with eyes wide open. It also requires the do-it-yourself inventor to become as knowledgeable and familiar with the process of describing an invention and drafting a patent application as possible.

Before you decide to embark on the path of preparing your own patent application, even a provisional patent application, there are a few questions about your invention you really need to consider. Ultimately, whether you decide to go it alone and do-it-yourself or you hire a patent professional, having this information at the ready will greatly facilitate the process.

These questions are critical because they will start to get you thinking about your invention in a different way; in a way that most inventors are unaccustomed to thinking. The truth is that with any invention there will be pieces, parts, features, functions or characteristics that are more likely than others to contribute to patentability. A patent attorney would need to identify what those features are, so you should as well. Inventors absolutely must start with identifying the patentable feature. Only then can you really ever determine whether moving forward with a patent application makes sense.

For example, it might be interesting that your new widget is the first of its kind to be painted yellow, but will painting it yellow contribute to the patent examiner believing you’ve invented something worthy of a patent? No. What you need to do is identify the inventive concept and decide whether that is enough to warrant the time investment and cost associated with obtaining a patent. Hopefully that inventive concept will be something that consumers will identify as an advantage. Remember, obtaining a patent costs money so the only way it will make sense is for you to be able to charge a premium for your product or service. If you patent something that consumers do not perceive as an advantage that usually winds up being a poor business decision in the long run.

In addition to focusing on the core of what makes the invention unique, which will hopefully be perceived as an advantage, you need to know what else is available on the market, and what else has been patented or attempted to be patented. For you to get a patent your invention must be unique when compared with the prior art (i.e., that which is known, such as those things available on the market, patented or published in patent applications). You simply cannot know whether what you have is unique unless you compare it to what is known to exist. That means you absolutely must know what previously exists and then compare it to your invention. This means you are going to need a patent search. While it makes sense to do your own search it is generally the case that inventors find little even when there are volumes of relevant information to be found, so a professional patent search can be a very worthwhile investment even if you are going to otherwise attempt to do the rest of it (or much of the rest of it) yourself.

The last critical thing from the list above deals with whether any previously issued patents that relate to inventions that address the same problem have expired. This is an absolutely critical consideration because once a patent expires the invention and all obvious variations of the invention fall into the public domain. When a patented invention falls into the public domain anyone could use that invention or any obvious variation of the invention for free. It can be very difficult to compete against free unless what you’ve come up with provides a significant advantage. Therefore, it is important to not only consider the existence of the prior art, but it is critical to consider whether there is prior art that is too close that has now fallen into the public domain and is freely available. Potential licensees will consider this, and so should you. It can be a major hurdle to a business deal, which means it is better to know up front rather than after you’ve invested large amounts of time and money.

For those who are going to go it alone I’ve created a self-help system – The Invent + Patent System™ – which has helped many thousands of inventors create provisional patent applications. Even if you wind up deciding to hire a patent attorney using this system can and will help you create a much more detailed disclosure of your invention, and get you to think about things you undoubtedly never would have thought about otherwise. If you are going to go it alone I strongly recommend you consider using it, but frankly any inventor could benefit from using the system. I also recommend you do as much reading on IPWatchdog.com as possible, focusing on those articles that relate to completely describing your invention in a patent application. Specifically, at a minimum I recommend the following articles: