Patent Drafting 101: Say What You Mean in a Patent Application 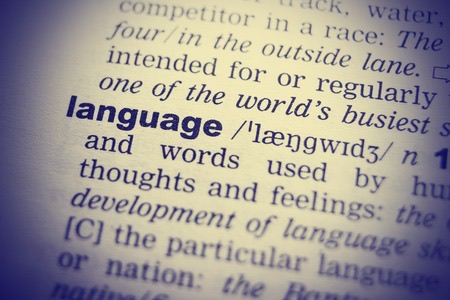 Say what you mean and mean what you say. Good advice in life, but absolutely critical advice when dealing with patents and patent applications! At least that has to be the take-away lesson from Chef America v. Lamb Weston, a decision from the United States Court of Appeals from the Federal Circuit dating back to 2004.

Indeed, no article on precise language can ever be complete without the nearly obligatory reference to Chef America. In this case the Federal Circuit issued a decision that really drives home exactly how important it is to choose your words carefully in order to make sure your words mean exactly what you actually want them to mean.

If you have ever frozen dough and then attempted to thaw it and finish the cooking process chances are you have probably been dissatisfied with the resulting cooked product. As U.S. Patent No. 4,761,290 explains, efforts to provide dough products that can be finished when cooked to a light, flaky, crispy texture after having been frozen have proven illusive. Of course, as you might expect, the inventors of the ‘290 patent came up with a solution, filed a patent application and were ultimately awarded the aforementioned patent.

If you actually heated the dough to between 400° F. to 850° F., as the patent claims explicitly required, the resulting output would approximate a charcoal briquette, but that wasn’t the Federal Circuit’s problem. The words chosen had a specific and undeniable meaning and, therefore, a charcoal briquette was unfortunately what was protected; at least unfortunately from the patent owners perspective.

It is easy to have sympathy for the inventors, and even for the patent practitioners who drafted the patent application. A method claim such as the claims at issue in the ‘290 patent are essentially written like one would write a recipe. That is how method claims are conceived and drafted. And if someone gives you a recipe you would likely assume the temperature they tell you is the temperature to heat the oven because generally when recipes are conveyed that is a pretty standard understanding, unless an “internal temperature” is specified. You might also rather easily assume the claim as written was expressing oven temperature if you are familiar with cooking at all because when giving internal temperatures they are universally lower, typically much lower, than oven temperature settings.

The problem, however, is when you have such sympathy it is because you are filling in voids with assumptions. When drafting a patent application it is always the best policy to never assume anything. It is dangerous to assume that the reader will fill in any ambiguous holes in the manner you desire, and as here, if what you literally say is clear you run the very real possibility that an assumption on your part will wind up meaning something very different than you intended because you did not take the time to go the extra step to remove all doubt.

Sometimes inventors joke that it seems that patent attorneys and patent agents get paid by the word, and perhaps at times things do get unnecessarily verbose. What is more likely, however, is all those extra words that seem unnecessary are there to guarantee that what is being said is what will be understood to the exclusion of anything else. Make no assumptions. Choose your words carefully in order to convey the most precise meaning.

Now this is easy to say, but how do you actually accomplish the task? Here are two tips.

First, whenever you write an important document like a patent application you must draft it and then put it down and walk away – perhaps for a day or two. Then come back and re-read what you’ve written. All the mistakes you’ve made will be much easier to identify having a little space and time. Of course, when you return you need to read every word – no skimming! That is how you will pick up mistakes, incomplete thoughts and unintended (or dual) meanings.

When dealing with the topic of picking and using the right language to describe an invention in a patent application it is also worth observing that having access to both a dictionary and thesaurus is an absolute prerequisite. Indeed, if you are not consulting a dictionary and thesaurus you are doing yourself, or your client, a tremendous disservice. By using a thesaurus and then checking definitions you will be far more capable of coming up with the precise language you need to both best describe the invention (or aspects of the invention) and distinguish the invention from the prior art.