“The Background of the Invention is a misleading name, unfortunately, and likely why so many spend a lot of time discussing irrelevant and even extraordinarily harmful information in patent applications they draft and file.” 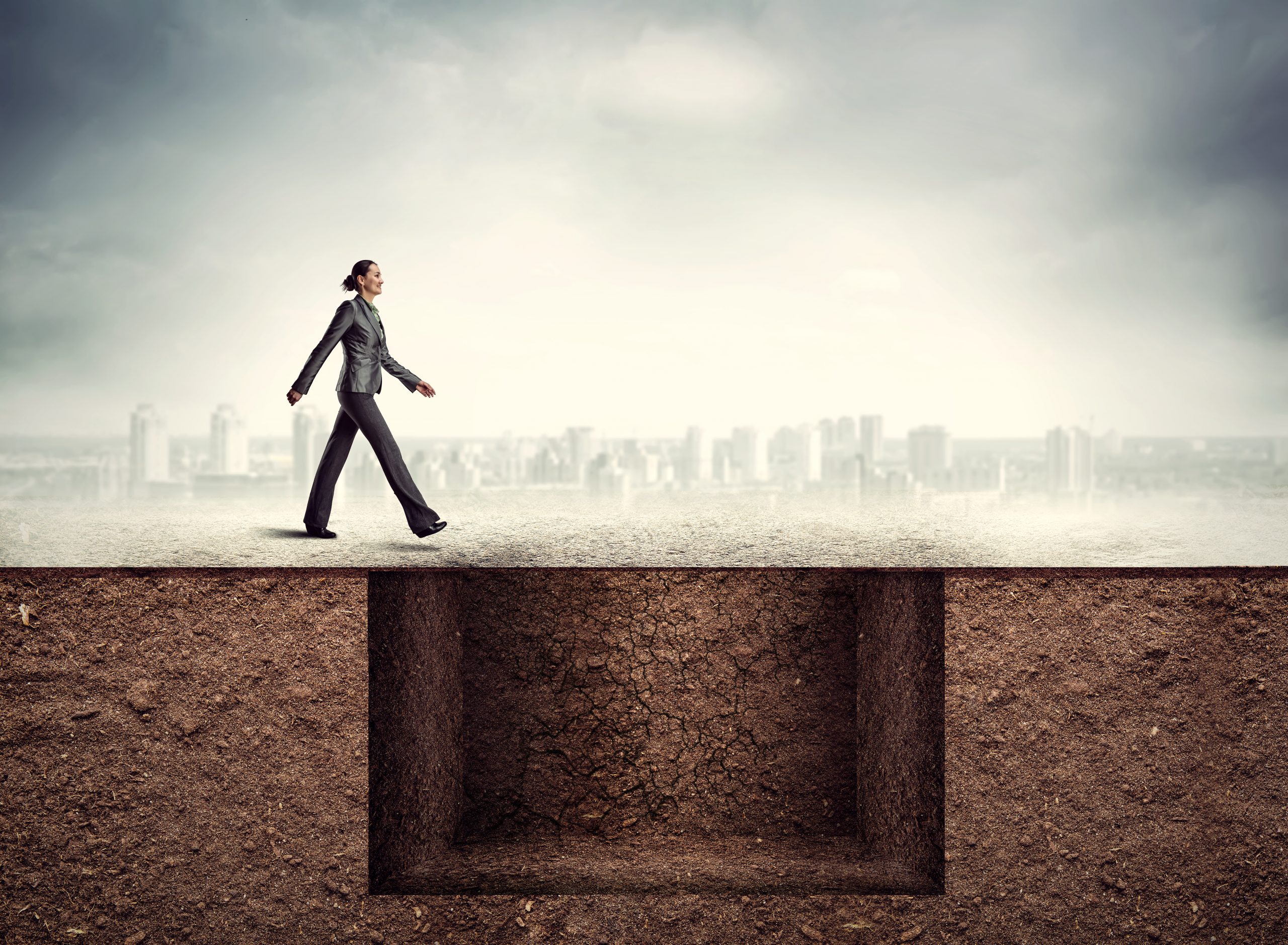 Generally speaking, the first section of a patent specification will be the Background. The Manual of Patent Examination and Procedure (MPEP) recommends that the Background be broken up into two sections: (1) Field of Use Statement; and (2) Background of the Prior Art. These sections are recommended, not mandatory. Indeed, the Background itself is recommended and not mandatory. If you are going to have a Background it needs to be short, sweet, completely self-serving, must never actually describe the invention and it cannot ever use the term “prior art.”

One big mistake inexperienced patent practitioners and researchers tasked with creating a first draft will make is they will go on page after page in patent applications about the history of the invention and the prior art. Indeed, there are some popular books on the market that recommend that this material be filed in patent applications. Including that type of information in an application that is filed is simply inappropriate. You do not see the best lawyers at the best law firms who represent the largest patent acquiring companies write patents like that, so why should you?

Preparing that level of detailed information about the invention history, and more importantly the prior art, in advance of drafting, and having that at your fingertips for reference while drafting, is not a bad idea, particularly for new or inexperienced practitioners. Including such information in a filed application should be avoided because it can do nothing other than harm the applicant later. Some large companies simply won’t allow it and have strict word counts on the length of the Background they will allow to be filed.

It is important to realize that the Background section is NOT actually about the invention, but rather the need for the invention as the result of the failure of other inventions to satisfy some desired functionality. The Background of the Invention is a misleading name, unfortunately, and likely why so many spend a lot of time discussing irrelevant and even extraordinarily harmful information in patent applications they draft and file.

Here are some hard and fast rules that should never (or virtually never) be violated.

1. Don’t Describe the Prior Art

First and foremost it is critical to remember that a patent application is about the client’s invention, not the prior art.

When writing about the prior art you should stay away from describing what the prior art is or does.  This is a fairly common mistake inexperienced practitioners make, and a mistake that some reference books and advocates actually encourage.  It is certainly appropriate to inform yourself about the prior art, and in fact, many practitioners will find it useful to write up descriptions of the prior art and exactly how the client’s invention differs. Generally speaking, however, that should not be included in a patent application.

The concern about discussing the prior art centers on what is called an admission.  If you talk about what the prior art does, when it is necessary to engage in patent prosecution with the patent examiner, you may find it exceptionally difficult to back away from positive, descriptive statements that have previously been made.  For this reason, you should not describe what the prior art is or does, just explain in a vague way what it is lacking in the prior art.  Explaining what it is lacking will in a subtle way demonstrates the importance of the client’s invention, which is the goal.

The other concern here is that the more you explain about the prior art the more likely you will be making it easy for the patent examiner to issue an obviousness rejection.  Obviousness is not supposed to be a hindsight inquiry because, after all, everything is obvious in hindsight once it has been explained.  It would, however, be naive not to notice that since KSR, the law of obviousness has been trending toward an inquiry that allows a decision maker, such as a patent examiner, to employ some hindsight and a greater deal of subjectivity.

If you explain the prior art and the problems too well, the solution, and hence the invention, could be deemed obvious. The way this is manifest in the KSR universe is under obvious-to-try. Based on your description of the state of the problems in the industry it can seem to an examiner that the only logical thing to do was try one of a few select options (i.e., what you attempted). Thus, you must tread lightly. Less is more when you are discussing the prior art.

And please do not mistakenly believe that you must disclose the closest prior art in the application filed in order to satisfy European requirements. That is simply not correct. See How to Effectively Draft the Background Section of a Patent Specification in Compliance with Both USPTO and EPO Practice.

2. Invention Compared with Prior Art

The best thing to do is explain why the invention solves problems and/or is important for the relevant consumer audience.  In order to accomplish this, you do not explain what else is available to consumers and why it is inferior, missing functionality or missing parts.  Remember, the focus of the application MUST be on the client’s invention.  It can be extremely helpful to create a comparison chart or write text comparing the prior art you know about with the invention.  It will be exceptionally helpful to have this information, and it is perfectly appropriate to ask clients to provide you with this information. Of course, you must be prepared to supplement it and become far more nuanced because often times they will make distinguish based on surface characteristics and miss important differences, even differences of great magnitude.

Although it is appropriate to describe the deficiencies of the relevant prior art, at least in cursory terms and only to the extent that it facilitates your discussion of what is important to know about the invention, actually using the term “prior art” is not considered appropriate.  This is because if you use the term “prior art” it will be considered to be an admission that the reference is in fact prior art for your invention.  This may seem like a small point, but during prosecution, it can come back to haunt you in a big way.  For example, what if you are wrong and the reference was not really prior art?

The same admission concern is not present for language such as: “Some attempted solutions have tried X, but this has not sufficiently addressed the needs of the industry owing to its awkwardness and fragility.” Notice this does not say anything positive about what the prior art is or does, it doesn’t even refer to X as prior art. You merely mention vaguely why X is not sufficient for the needs of the industry.  If you wrote this the reader would expect an invention that is elegant and sturdy, for example.  So, only vaguely explain the prior art and only to the extent that it sets up an opportunity to accentuate the positive relative to your invention. Remember, the Background must be self-serving. Nothing you write in a patent application should ever be altruistic or done without thought!

4. Understand the Purpose of the Background

Discussion of the invention should take place in the Summary and Detailed Description of the Drawings. Only self-serving references to how the invention is an improvement is appropriate, and can be done without ever mentioning the prior art.

For example, consider the following simple example of how increasing RAM in a computer might improve computer performance: “This configuration offers a significant improvement because it increases startup speeds and decreases latency.” Notice how the prior art is not mentioned and only characteristics of the improvement are discussed? This can be critical if you are working on an invention that may have Alice/Mayo issues and will require specific articulation of an improvement. You will want to do that not in the Background, but rather in the Summary and/or Detailed Description, but you still do not want to do it by explicit comparison to the prior art, which would carry negative consequences under KSR v. Teleflex, 127 S.Ct. 1727 (2007).

5. Keep the Background Short and to the Point

The Background is about the prior art, or at least that is what the Patent Office wants. You won’t positively discuss the prior art because of the pitfalls already discussed. You will only discuss in vague, cursory terms the prior art and only to the extent that it can be useful and NOT harmful.

If you talk about the invention as being “simple” or “easy” you are begging the patent examiner to view it as obvious. Additionally, if you do such a good job describing the prior art – whether you use the term “prior art” or not – the examiner is likely to conclude that the solution is obvious. For that reason, the Background should ordinarily be quite short and to the point. And for goodness sakes never call any aspect of the invention “simple” or “easy”. If you must characterize some aspect of the invention it is “elegant” or “streamlined”, not “simple” or “easy”. But think long and hard about such characterizations unless they are consciously being made as part of an effort to articulate an improvement or advantage.