It’s All in the Hardware: Overcoming 101 Rejections in Computer Networking Technology Classes

“If you can show that the networking hardware either presents novel features or is improved by the invention to become a more effective tool, you may overcome a Section 101 rejection.” 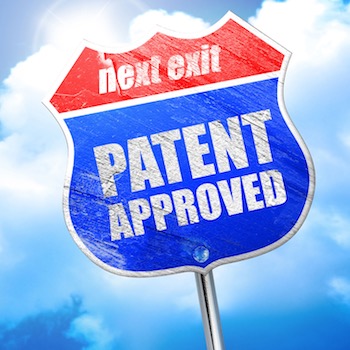 Technologies such as computer networking, which, unlike software inventions, typically incorporate at least some hardware elements, may be less vulnerable to rejection under the U.S. Supreme Court’s decision in Alice v. CLS Bank. However, responding to these rejections when they are issued still requires some finesse. In these cases, rejections usually revolve around whether the hardware included in the claims serves as an improvement over existing hardware or is merely used as a tool for a mental process or other abstract idea. If the examiner concludes that the networking hardware merely serves as a tool, the claims usually fail the Alice/Mayo test. However, if you can show that the networking hardware either presents novel features or is improved by the invention to become a more effective tool, you may overcome the rejection.

Below are three examples of how applicants successfully overcame 101 rejections in the computer networking domain.

In response to the rejection, the applicant argued that the invention improved network technology and, as a result, qualified as patent-eligible subject matter.

By filtering outliers, the invention only presents the most critical information to the network administrator to identify real network performance issues rather than noise.

In the next action, the examiner withdrew the 101 rejection.

The takeaway from this case is that even with networking hardware, you may need to argue that the invention improves computer network technology. Whether this improvement comes through a new feature or better functionality, you will need to point to specific claimed steps as providing the technological improvement.

U.S. Patent Application Serial No. 15/859,448 (now U.S. Patent No. 10,735,346) claims a method for optimizing a data payload for a device within an Internet-of-Things (IoT). The examiner, Oleg Survillo, issued a rejection for patent-ineligible subject matter under Section 101. The rejection asserted that the invention merely recited a mental process for prioritizing data.

In this case, the examiner raised the point that the underlying concept of prioritization existed long before computers. As such, the prioritization process could occur entirely inside the human brain.

In particular, the applicant argued:

“The present claims are directed to IoT devices and techniques for transmitting data in a network of IoT devices. … Many IoT devices are battery powered and tend to have limited processing resources. Additionally, a typical IoT network may include a large number of IoT devices. Accordingly, energy efficiency and network capacity usage are of greater concern in IoT networks compared to other types of computer networks. The present claims recite techniques that improve energy efficiency and network capacity usage in IoT networks.”

The examiner allowed the claims after this response.

The takeaway from this case is that even if the concept underlying the invention is old, you can explain how the claimed invention provides a practical solution to a new problem. This argument will ground the invention as a real concept with practical effects rather than an abstract idea.

The U.S. Patent Application Serial No. 14/838,572 (now U.S. Patent No. 11,005,963) claims a pre-fetch cache population for WAN optimization. The examiner, Christopher Cadorna, rejected the claims under Section 101 on the ground that the claims were “directed to a judicial exception (i.e., an abstract idea) without significantly more.”

The applicant relied upon the landmark judgment in Enfish, LLC v. Microsoft Corp. in crafting a response to the rejection. It was argued that the claims are similar to the claims of Enfish in that they use a specific technique to improve the way computers transmit and receive data across a wide area network.

In this particular case, the applicant was able to show that preloading the WAN optimizer results in an increase in the performance of the network, which convinced the examiner to withdraw his previous rejection.

The particular improvement was described as:

“For example, host 104 can begin sending data to WAN optimizer 125 prior to the scheduled VM migration so that WAN optimizer 125 has at least partially pre-loaded data cache for deduplication when VM migration is triggered. As such, deduplication will be more efficient at the start of the VM migration. … Other examples of the types of pre-loaded data that may benefit from WAN optimizations may include data-level pre-loading (such as VM migration, scheduled backup, disaster recovery machine state synchronization) or application-level caching (such as found in Active Directory® user synchronization, database replication etc.)”

The applicant also amended the claims in support of his arguments to focus the claims to a specific improvement in computer technology. The examiner agreed with the arguments of the applicant and withdrew the rejections under Section 101.

The takeaway from this case is that if you can provide proof of improved functionality of the network, it can render the abstract idea as a patent-eligible concept.

Whereas the basic framework for responding to a rejection under Alice remains the same, certain art units may lend themselves to distinct approaches due both to the nature of claimed inventions within those arts and specific examiner preferences and conventions. Indeed, many seasoned attorneys have noted the importance of utilizing examiner interviews or other research to learn just how subject matter eligibility issues are interpreted within the assigned art unit as early in the prosecution process as possible.

In the case of inventions falling within the computer networking domain, these three office actions show that focusing on hardware can be critically important to overcome a 101 rejection. These hardware details can focus on the problem the invention solves, the implementation of the invention or the technological improvements provided.

Yvonne Morris is cofounder and CEO of IP Toolworks, a company founded with the goal of helping attorneys respond to rejections from the USPTO more effectively by leveraging a wealth of publicly [...see more]