Patent Drafting: Describing What is Unique Without Puffing

“Keep the puffing for the sales department, the market and consumer demand for your business plan and spend your time in a patent application describing what makes your invention unique from both a structural and functional standpoint.” 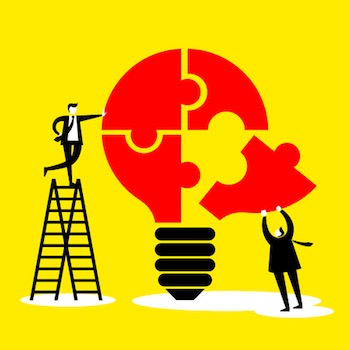 Although a patent application is not a sales pitch per se, most inventors will find it quite helpful to list as many descriptive objectives of the invention as is possible. As a general rule you should, however, stay away from laudatory language and puffery (e.g. “the best gadget known to man” or “the perfect solution” or “using this tool is unquestionably the choice any professional would make”).  When you puff the tendency is to skimp on the descriptive details, which are essential to an appropriate patent application.  Further, is anyone really likely to take your word for it being “the best”?  That is why infomercials demonstrate the functional capabilities of an invention rather than simply tell you it is “the best” and you have to buy one now! Describe the functionality of your invention, explaining in words and images how the invention works and why it is both superior and unique. Leave the selling, and especially the puffery, to the salespeople.

By way of example, many times inventions are not one of a kind, but rather they are improvements upon existing solutions. In this situation it is common that the advantage of the new invention lies in that it is cheaper to make, easier to use, more efficient, less noisy, easier to clean, more durable, stronger, faster, more resilient, etc. etc. These are things that you should include in your disclosure, but frequently this type of patentably relevant information is not conveyed with as much detail as possible and appropriate.

In fact, many times the patentably relevant information is not described as well as largely irrelevant information about marketing strategies and likely consumer demand.  Discussion of what makes an improvement better, stronger and faster should take precedent and inventors should consider adding more of this type of information than they are generally accustomed to doing. Keep the puffing for the sales department, the market and consumer demand for your business plan and spend your time in a patent application describing what makes your invention unique from both a structural and functional standpoint.

I always encourage inventors to ask this simple question: What are the advantages of your invention? For example, perhaps one of the advantages is that your invention is smaller than comparable substitutes. If that is the case, then you might want to specifically include a statement that explains that one of the objectives of the present invention is to provide a smaller, more compact, more light weight, more easily transportable alternative. Simple, straightforward and descriptive.  This set up allows you to define a theme and build upon that to accentuate the positive, which is the goal. It also allows you to identify what you believe to be unique about your invention in a way that is free from any admissions that a patent examiner can and will use against you.

Similarly, if you have created a multi-use product where the prior art is all single use then you might want to explain that one of the objectives of the present invention is to provide a stronger, more durable alternative that provides enhanced functionality. There are legions of patents on inventions that combine one gadget with another. Today the mere combination of one gadget into another is likely not enough in and of itself to obtain a patent. You will need to be able to articulate the invention so that it does not seem to be a trivial variation or trivial combination of two known gadgets. Focus your description on the counter-intuitive, unexpected and ingenious. To do this consider the problems you faced while creating the invention and tell the story of the invention in a positive way that describes the nuances without making them seem trivial or common sensical.

Another thing that inventors frequently struggle with is articulating the patentable feature and/or unique contribution the invention is making to the field. An all too typical crutch here is, once again, puffing. “I’ve searched far and wide and this invention does not exist on the market anywhere,” is not a substitute for describing the structural and functional uniqueness. Even if that type of omnibus state is true it does not inform the patent examiner of anything useful. You must have an invention that is different than the prior art and pointing out that your invention is great and is unique because it doesn’t exist on the market doesn’t provide any concrete and tangible information that distinguishes the invention over the prior art that does exist — and there is always prior art for an invention.

Many times inventors will describe their invention with great detail, and it quite probably is new, but fail to articulate why is it different.  Defining the invention and then saying everyone will want one does not accentuate the positive.  A good, thorough description is required, but it does no good to say that everyone will want to buy the invention.  The patent examiner doesn’t care and every inventor typically believes that to be the case.  What you want to do is eliminate the puffing and grandiose statements and focus on a nuts and bolts level description of the invention. Doing away with the “everybody will want one,” and focus on why it is that the invention will be desirable in the market.  What is the unique advantage?  Explain that thoroughly and completely, focusing on any and all possible alternatives.

Generally speaking, in order to obtain a patent an invention must be new (i.e., never before done) and it must not be obvious (i.e., not a trivial combination of things already known to exist in the prior art). Many times after reading invention disclosures or draft patent applications I am left wondering why the invention is both new and why it is non-obvious. This is a major problem, and one that occurs because, in my opinion, too much focus is placed on commercial discussion and marketing strategies at the expense of the more difficult to describe; namely the innate innovative uniqueness.

First, inventors should ask: What is unique about the invention? What sets it apart from what is already available in the prior art? Here you should focus on the functionality, but you absolutely, positively cannot limit yourself to functionality. For example, saying that a hammer is superior to a screwdriver for hitting nails is useful information, but does this statement in and of itself provide any useful information that structurally distinguishes the hammer from the screwdriver? No! Conservative, safe drafting protocol is to assume the reader is not familiar with what you are describing. You need to define structure in writing and use illustrations to bolster the description. A picture can be worth a thousand words.

Second, it is important to understand that in order to obtain a patent it is not enough that an invention be new and/or different when compared to the prior art, it must also be non-obvious, which means that one of skill in the art would not have thought to make the invention prior to seeing it described. See Understanding Obviousness and When is an Invention Obvious?

One of the common mistakes that many inventors make is that they spend a tremendous amount of time discussing common, everyday components, but fail to really focus in on those components, combinations or steps that really set the invention apart from the pack. The recommendation here is that you specifically and explicitly mention that which sets your invention apart and will indeed make the invention patentable. Focus on those aspects of the invention that are counter-intuitive, provide unexpected results or cooperatively behave in a way that was unanticipated. This is what will go a long way to defining uniqueness and set you up in a good place to later argue that the invention is not obvious. You can rest assured that 99.99% of all patent claim sets will receive an obviousness rejection. That is really where the rubber meets the road for patentability.

As with everything else in patent law, you do need to be careful. I always recommend that inventors stay away from saying things like “the only thing that makes the present invention unique is…” Rather, consider saying something like “one of the things that makes the present invention unique is…” The second alternative is only slightly different, but leaves the door open for you to argue later during prosecution there are other aspects that make the invention patentable. The first alternative would likely be construed as an admission and could be very difficult, if not impossible, to get around.

Simply stated, making absolute, hard-line declarations in a patent application is inappropriate.  Even if you do the best search money can buy you won’t find everything the patent examiner will use against you during prosecution.  This is because patent application remain secret for 18 months after they are filed, so any patent search is at best a snapshot of what the prior art was as of 18 months earlier.  Saying things absolutely gives you no wiggle room and you will always wish you have said it a different way once you see how the patent examiner starts applying references to create rejections.

The morale of the story is this: patent applications are not intended to be marketing documents or a sales pitch.  There is an appropriate time and place for your sales pitch and marketing information, as there is an appropriate time and place for market research relating to consumer demand.  The goal of a patent application is to describe an invention, and you should never come across like a used car salesman in your description.  You need to focus on those aspects of the invention that provide a technical and/or functional advantage and explain the what, where, how and why.  The conclusion that someone will then want to part with their hard earned money to purchase one is largely irrelevant to the patent examiner.  To the extent such information becomes relevant the evidence you have is submitted by way of affidavit. It is, however, only submitted if and when it is essential to convincing the patent examiner to issue the patent based on what are called secondary considerations, but that has to be a topic for another day.