An Introduction to Patent Claims 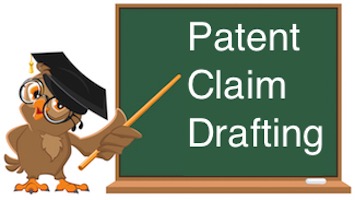 The patent laws require that the applicant particularly point out and distinctly claim the subject matter regarded as the invention. The portion of the application where this is done is not surprisingly called the claims. Patent claims are in many respects the most important part of the application because it is the claims that define the invention for which protection is granted.  You can have the most thorough and complete description of an invention imaginable in the issued patent and it won’t matter unless you have been granted patent claims that cover your invention. Sure, such a thorough and complete description is an absolute prerequisite, but without adequate claim coverage no amount of description is enough to save you.

The exclusive right that the United States Patent and Trademark Office has granted is defined by the patent claims.  If you don’t have a claim that covers a particular thing then you don’t own the right, it is really that simple.  If your patent claims are too narrow, as is always the case when inventors represent themselves, it will be easy for others to get around your patent without infringement.  Patent claims are difficult to draft and one of the biggest reasons patent attorneys will always have work. The art of patent claim drafting takes many years to master.

The statute that relates to patent claims most directly is 35 U.S.C. 112.  Paragraph (a) relates to what must be disclosed in the specification, with paragraphs (b) through (f) relating specifically to the claims.

(a) In General.— The specification shall contain a written description of the invention, and of the manner and process of making and using it, in such full, clear, concise, and exact terms as to enable any person skilled in the art to which it pertains, or with which it is most nearly connected, to make and use the same, and shall set forth the best mode contemplated by the inventor or joint inventor of carrying out the invention.

(b) Conclusion.— The specification shall conclude with one or more claims particularly pointing out and distinctly claiming the subject matter which the inventor or a joint inventor regards as the invention.

(c) Form.— A claim may be written in independent or, if the nature of the case admits, in dependent or multiple dependent form.

(f) Element in Claim for a Combination.— An element in a claim for a combination may be expressed as a means or step for performing a specified function without the recital of structure, material, or acts in support thereof, and such claim shall be construed to cover the corresponding structure, material, or acts described in the specification and equivalents thereof.

It is necessary to include a full and complete description of the invention in the initial filing with the Patent Office.  Rearranging of a patent application is always allowed, but addition of new material is never allowed without the filing of a brand new patent application that will receive a new filing date.  It is typically of critical importance to keep and hold onto the earliest filing date possible, so refiling a patent application to add things left out is less than ideal, and may be catastrophic depending upon the circumstances. The potential of a catastrophe has only increased since the U.S. has moved to a first to file system.  Thus, you must always file the most complete application possible because that which you add in a later filing is NOT entitled to the filing date associated with any previous filing, which means that additional prior art will be able to be used against those aspects of the invention.  There is simply no substitute for filing a complete application.

Why are we talking about the disclosure of an invention in the specification (i.e., written text other than claims) in a patent claims primer? There is a difference between adding what we call “new matter” and adding new patent claims.  New matter, which is strictly prohibited, is defined by first viewing whatever is present at the time of the original filing of the patent application.  In determining the breadth of what is covered by that initial patent filing you rely not only on the description contained in the specification and any drawings file, but you can also rely on the originally filed claims.  Thus, new matter is defined in the negative.  If it wasn’t present in the specification, drawings or originally filed claims at the time you filed then it is new matter.  If it was present somewhere in the application filed at the time of original filing it is not new matter.

Let’s say that you file an exceptionally detailed specification with good drawings and a representative set of patent claims.  Let’s also say that you fail to claim something that you later believe is of critical importance.  Can you add the claim?  The answer is MAYBE.  What is it that you want to add?  New claims are added all the time in patent application after patent application. Adding a new claim is NOT synonymous with adding new matter!  The question is whether what you want to add is fairly described somewhere within the entirety of the patent application filed originally.  If yes, you can add the new patent claims.  If no, then you can’t.

This is why searching for bargain basement providers to prepare and file a patent application does you a tremendous disservice.  The way that you obtain cheap patents is by hiring someone who will spend less time and less time necessarily means less disclosure.  The more time you spend the more complete and detailed the description of the invention will be in your application, which will lead to better, stronger patents.  When filing a patent application you want to describe the nuances of the invention, alternative versions of the invention and really anything that you can contemplate that works.

Sometimes when you file a patent application subject matter is not shown in any drawing, nor is it described in the description, but it is claimed in the application as originally filed.  While not ideal, as long as it is described somewhere in that application you originally filed you have the ability to rearrange the application.   The claim or claims originally filed fulfill the requirement that the initial application be complete.  The claim should not be attacked either by objection or rejection because this subject matter is lacking in the drawing and description. It is the drawing and description that are defective, not the claim.  Notice, however, that the drawings and description are not fatally defective because the original filing did contain a legally satisfactory description of the invention.  In other words, the modification of the drawings and/or description would not add new matter because the matter was already contained within the initial filing (i.e., in the patent claims).  In this situation, that which was contained only in the claims can then, through amendment, be rearranged within the application to provide the appropriate support in the specification for the claims as written.

The take away lesson here is that the specification, drawings and claims all play a role and work together to describe the totality of your invention in that critical first patent application filing.  The claims are what will ultimately define your exclusive rights granted by the USPTO, and the specification needs to provide an understanding of the patent claims, and the drawings are intended to illustrate the invention or aspects of the invention so that the reader can more easily follow along with the written description.  This redundancy between specification, drawings and claims helps to provide a fail-safe mechanism to make sure that there is support somewhere in the application for each and every aspect of the invention, all of the alternatives, nuances, preferences and options.

To be sure, the originally filed patent claims need not be exhaustive.  As discussed, through prosecution claims can be amended and even added, provided of course the initial disclosure is broad enough to cover the added or amended matter.  Therefore, when drafting a patent application it is good practice to spend time drafting quality patent claims.  Do not simply rely upon your ability to add claims later.  Include enough claims with the initial filing to cover the invention in a meaningful way.  Your aim should be to have some patent claims you think are unique, but which are exceptionally broad.  You should, however, also have a series of more narrow claims leading up to something that is quite narrow, perhaps the “Cadillac version” of your invention, or a very specific claim that covers the specific version of the invention that you perceive to be best or which is selling best.  By doing this you have achieved a nice representative set of patent claims of varying scope from broad to narrow for the patent examiner to consider. This forces the Patent Office to do a better, more complete search and to consider more aspects of your invention.

In almost any case when you talk to a patent examiner about the claims and suggest modifications they will not tell you right then and there that they agree your proposed modification will work.  They will say something like: “that would address my concern with this patent reference, but I’ll have to see if there is anything else…”  So even in the best-case scenario you are going to be negotiating with the patent examiner.  That negotiation goes much more smooth (generally speaking) if you provide a good set of claims at the outset because with some narrow claims the examiner will already need to do some digging past the preposterously broad to get to the nuggets below the surface, which is really where your invention resides.

For information on how to draft patent claims please see: