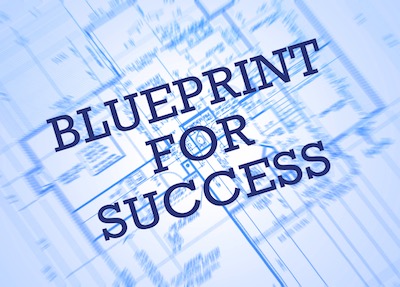 Sometimes those who draft patent claims get a little too cute for their own good. What is it that you are trying to accomplish? Are you trying to get the broadest claim that you can possibly obtain? If that is your goal you will probably be rather disappointed with your efforts even if you are successful. Today it is very easy to challenge issued patent claims, indeed easier than ever before. That means your goal has to be to obtain the broadest valid claim possible, not just the broadest claim that you can sneak by a patent examiner.

Let’s use a specific patent as an example to illustrate the problem, which is one I see all too frequently when inventors represent themselves. US Patent No. 6,360,693 is simply titled Animal toy. If you look at the illustrations contained in the patent you realize this patent covers a great many things, including things that are obviously in the prior art. So, yes, on March 26, 2002, the United States Patent Office issued a patent on a what can be described as a stick.

Claim 1 of the ‘693 patent, which is the broadest claim in this patent, says that this “animal toy” has a solid main section, at least one protrusion and is adapted for floating in the water, which is extraordinarily broad. Claim 1 specifically reads:

While not every stick would infringe claim 1 of this patent, I would venture that there are many that would.  Ultimately, the claims to this patent were lost when the Director of the Patent Office ordered a reexamination. Still, some important lessons beg to be learned.

First, how is it possible that someone could have obtained such a ridiculously broad claim in the first place? Sometimes when you ask for a ridiculously broad claim on what a patent examiner considers a ridiculous invention they will give you what you seek. Perhaps it shouldn’t be this way, but you can understand the thought process. Patent examiners are given maybe 12-14 hours for an entire case of this complexity, which means in many instances patent examiners get to the end of their allotted time before they feel that they have done as exhaustive a review as necessary. So you ask them for claims that are just absurd and maybe they say FINE! Take them and I’ll move on to something more consequential, secure in the knowledge that you could never possibly enforce a claim on a stick against anyone.

Second, was there anything here that could have been patented? The answer is perhaps, but the drafting of the claims was so broad that nothing survived.

Let’s take a look at some of the dependent claims filed. Claims 2 through 15 read:

The other problem with this type of claim drafting, which is extremely common among inventors, is that you do not get any useful information from the patent examiner who is doing their job and will simply reject your claims. If you make it easy for the patent examiner to reject your claims after having done a quick or shallow search that is what will happen. Then if you amend your claims to overcome the prior art located by the examiner in that quick, shallow search they will do a more comprehensive search and almost certainly reject you again. The problem is the second rejection will be made final, which means you are going to need to file a continuation or a request for continued examination (RCE), both of which essentially cost you a new filing fee, to get further consideration.

Wait… how can an examiner finally reject me after I’ve addressed their rejections. Isn’t the second rejection by the examiner a new rejection? Almost certainly no, at least in this situation. If the examiner rejected you under 35 U.S.C. 102 for lack of novelty in the First Office Action on the Merits and then you amend your application and they still reject you under 102 for lack of novelty that is the same rejection for the second time even if the second time different prior art is used to reject your claim!

When you file a patent application you absolutely want to include claims that you believe at the time of filing could be allowed by the examiner. Indeed, file claims of varying scope, from broad to very narrow and everywhere in between. That will force a better search and more meaningful consideration by the patent examiner in the First Office Action on the Merits.

You want to draft every independent claim so that:

You then sequentially add elements or characterizations (i.e., additional limitations) one by one in dependent claims. And you absolutely want to have at least one series of claims where you chain together dependent claims to dependent on the immediate previous claim creating ever more specific versions of your invention for the examiner to consider.

For example, consider this claim set:

Claim 10 now covers a widget comprising a piece that tapers at the edge, a part that curves, a thing that is flat, a do-hickey that spins, a twist that strobes with all of the elements being made out of transparent aluminum.

By chaining together dependent claims you can find out what the examiner is willing to allow in terms of substance. You can almost always add enough elements and characterizations thereof to obtain a patentable claim. Every addition to a claim is a limitation, making it easier to get around your patent claims though, which is why you do not want to just have narrow claims and precisely why it is necessary to start as broad as you reasonably feel is possible and then step into more specifics little by little.

In truth, you may never do in 10 claims what the example above suggests, so don’t take it literally. One of my retired patent examiner friends refers to this strategy as a “fishing expedition,” where you basically are asking the patent examiner to figure out what is patentable. While there is technically nothing wrong with the strategy, having a working relationship with a patent examiner is an important matter. So you probably don’t need to chain every single dependent claim together like I showed here. I showed it here to illustrate a point, that by chaining claims together the last claim in the chain becomes quite specific, while previous claims are not quite as specific.

A strong patent will always have good, valid, broad claims, but will also have layers of claims with more specificity. This is true because while the narrower the claim the easier it is not to infringe, the narrower the claim the harder it is to be invalidated later. So a patent with only broad claims that are obviously invalid is completely worthless. A patent that has only very specific claims that are easy to get around is similarly not worth much. But a patent that has multiple claims at various levels of specificity can be quite strong.

* This and other articles on IPWatchdog.com should not be viewed as encouragement for those who can afford professional assistance to cut corners and do things themselves. If you can afford to hire a patent practitioner you should. Of course, the more you read and understand the better prepared you will be to meaningfully assist your chosen patent attorney or agent. For many, however, the choice will be either to do it yourself or give up. The reality facing all entrepreneurs is that there is never enough time or money to do everything; that is the nature of being a start-up entrepreneur or serial inventor. This tutorial, and the many other articles on IPWatchdog.com are required reading for those who have consciously decided to pursue a patent process on their own. Proceeding on your own comes with great risk. Read as much as you can, educate yourself to the greatest extent possible, and try and find professionals who will assist you piece by piece as necessary.