Patent Drafting for Beginners: A prelude to patent claim drafting

The art of patent claim drafting is an undeniably difficult art to master. It is, however, essential for those in the patent space to both appreciate, understand and master. 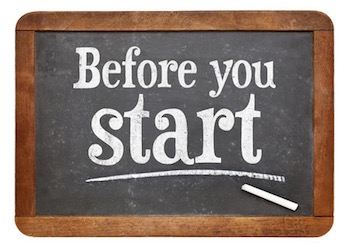 Most of what appears in a patent application and ultimately in an issued patent does not directly define the exclusive right that has been awarded by the federal government. The right to exclude granted to the patent owner is limited to whatever is defined in the patent claims. It is, of course, perfectly true to observe that the rest of the patent application or issued patent provides critical context, understanding and definition relating to the claimed invention, but at the end of the day the question of infringement asks whether one or more of your patent claims are being infringed. For that reason it is not enough to merely show or mention aspects of the invention in the drawings or specification, but rather you need to have patent claims that appropriately cover your invention. *

The art of patent claim drafting is an undeniably difficult art to master. It is, however, essential for those in the patent space to both appreciate, understand and master. Before we put the cart before the horse let’s take a step back. Given the importance of patent claims it is not unreasonable to want to start there, electing to jump right into the deep end. That would be a mistake. That is not how patent attorneys do it, and if you want to succeed that shouldn’t be your approach either.

Before you ever think about writing patent claims there are several very basic questions must be answered first. They are:

The first question is quite basic, but whenever the task at hand is complex it makes perfect sense to start out easy with something that you can accomplish and build from there. Still, as easy as it may be to identify the specific invention you have, it might be far more difficult to identify the invention in a suitably general but not vague way.

For example, let’s say you are the inventor of beer mug that incorporates a digital timer. The invention further includes a strong magnet that engages and prevents the container from being lifted from a metal surface until a predetermined appropriate amount of time has passed. The predetermined amount of time is determined via a simple calculator that takes into account the alcohol content of the beverage and the weight of the individual consuming the beverage. The purpose of the invention is to make sure that the consumer of the beverage never drinks too much too fast again, or at least if they do they will be well aware of that fact as they have to pry their beer from the metal surface.

So what is the invention? It is a beer mug, correct? Yes, but it is also much more. Is there any reason that what has been described must be limited to being implemented in a beer mug? No, there isn’t. So a patent attorney would look at this and see a beer mug that needs to be described, but would also generically describe a drinking vessel that may or may not take the form of a beer mug. A patent attorney would probably include various patent drawings that show different types of drinking vessels, maybe even a bottle with a magnet incorporated into the bottom of the bottle so that it too couldn’t be easily lifted. The point is your invention is almost invariably going to be more than you initially think it is, and in almost every case there should be multiple different versions of the invention disclosed in the specification and drawings, and then specifically claimed.

Once you’ve answer those questions above and worked through the variations and permutations you are still not ready to start writing patent claims. More investigation is required.

In order to define an invention that is new and non-obvious you must include something in the claim that is different than what is found in the prior art. Perhaps you are improving the prior art by adding something to an existing invention. Perhaps you have come up with a more eloquent solution that requires fewer pieces and parts, which makes the invention cheaper to manufacture and more durable. Whatever the case may be that best defines your innovative solution, the claims need to define something that is different. The only way to know what needs to be put into a claim to have a realistic chance of convincing the patent examiner that your claims are new and non-obvious is to do a search, which must include both a patent search and a product search on the Internet. For more see Patent Searching 101 and Patent Searching 102.

The goal of doing a search is to find the closest prior art. While I always recommend inventors do their own search to start, at some point a professional patent search should be obtained. Generally speaking for $400 to $600 you can get a high quality patent search by a reputable search company, and they will find a lot more than you will. But do your own search to start. If you can find something that is too close for comfort you might as well save the money.

As you look over the prior art what you want to do is identify the difference between your invention and the prior art. Initially, try and find as many differences as you can. Some of the differences will not be of patentable importance. Inventors love to focus on different uses, but if you are trying to protect a device it doesn’t help that someone has described the same or very similar device to be used differently. If you are trying to protect a device you need to focus on the device, not the use. So identify as many structural differences as you can. Hopefully the differences you identify will be advantages. I always encourage my clients to also ask whether the differences they identify and want to build the patent around are things consumers will be willing to pay a premium to obtain.

Armed with your list of differences you might find it useful to create a chart that compares your invention against the most closely related prior art. I go over this in much more detail in Patent Drafting: Identifying the Patentable Feature.

Up next in this series — Patent Drafting for Beginners: The anatomy of a patent claim.

* As with most things in patent law, what I’ve already written could be expanded into an entire chapter, if not an entire treatise. But for now let’s leave it that. Patent claims must appropriately cover your invention. What that means is and how it is done takes us well beyond this primer on patent claim drafting. For more please see our articles tagged completely describing an invention.