Patent Application Drafting: Using the Specification for more than the ordinary plain meaning 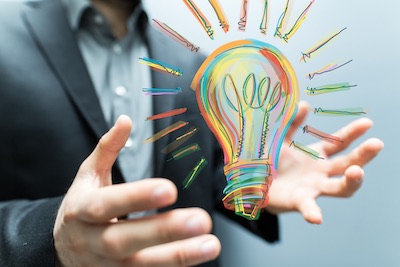 You may have heard that it is inappropriate to read into a patent claim from the specification. That isn’t entirely accurate, although you will hear that popular misconception often repeated even by some patent professionals. At best the statement is only half correct.

Before we can address this question head on allow me to take a step back to fill in two gaps.

With that out of the way, let’s take another step back and fill in some more gaps again.

The whole purpose of the specification, as already briefly mentioned, is to facilitate understanding of the claimed invention. Indeed, in a patent application you can define the terms you will use in the patent claims to provide the meaning you specifically intend. This specifically defined meaning will apply during any claim interpretation, whether that claim interpretation takes place during patent prosecution with the patent examiner or once the patent has issued.  But what happens when you do not define a term in the specification?  Well, that really depends.  As a general rule the ordinary plain meaning of the term as would be understood by someone of skill in the relevant technology area or science will be used. That may or may not be bad, and it may or may not be what you intended.

This issue came up several years ago during the patent war between Apple and Motorola, Judge Richard Posner of the United States Court of Appeals for the Seventh Circuit issued a ruling, while sitting by designation as a trial judge.  See Apple v. Motorola No. 1:11-cv-08540 (N.D. IL., Jan. 17, 2012). Motorola had argued that Apple’s U.S. Patent No. 7,479,949 was invalid because it used the term “heuristic,” thereby rendering the claims invalid as being indefinite and in violation of 35 U.S.C. 112(b). In fact, the term “heuristic” was used well over 100 times in the ‘949 patent, but it wasn’t ever specifically defined.

Motorola’s primary evidence of indefiniteness consisted of statements in various depositions taken during discovery.  The nine listed inventors were deposed and most of them conceded that the term “heuristics” is “sort of a vague word.”  They were also unable to suggest an appropriate definition.  Nevertheless, Judge Posner agreed that the definition of heuristics provided by Apple for purpose of claim construction was appropriate and keeping with the patent disclosure.  Apple defined “heuristics” to mean “one or more rules to be applied to data to assist in drawing inferences from the data.” This is certainly a reasonable definition, but it was not provided in the patent application filed.

Judge Posner, citing Solomon v. Kimberly-Clark Corp., 216 F.3d 1372, 1379 (Fed. Cir. 2000), explained that it is inappropriate to consider inventor testimony when assessing validity under section 112(b).  For the uninitiated that may seem odd, but the question isn’t whether inventors or even someone of skill in the relevant technology area can define any particular term in a vacuum. Rather, the question is whether the invention is particularly defined in the specification and whether someone of skill in the relevant technology or science who read the specification would understand.  In essence, the inquiry is one of a totality of circumstances based on the law, with an eye toward what was disclosed in the specification. If you read the ‘949 patent it is clear that the term “heuristic” was being use by the attorneys who wrote the application to mean one or more rules. But the lesson for our purposes is this: When you do not define the terms you use in a patent application itself it can be an expensive and unpredictable process to get to the meaning that will be ultimately be accepted by the court.

Judge Posner ultimately decided that the term “heuristics” as used in the specification of the ‘949 patent was entirely consistent with the definition provided by Apple. Of course, this would not have been an issue if Apple had defined the term “heuristic” in the patent application. This is not to suggest that the attorneys representing Apple made a mistake, hindsight is always 20-20 and the context of how they were using the word “heuristic” does seem abundantly clear, but rather this story should be illustrative of why it is best practice whenever possible to define what you specifically want understood by the terms and concepts you use in a patent application.

Let’s assume for a minute that the process will work from 19 degrees C to 24 degrees C, but not over 24 degrees C or under 19 degrees C. If you simply say “at standard room temperature” that is not precise enough, and indeed inaccurate (at worst) or confusing (at best). But could you define “standard room temperature” as being between 19 degrees C and 24 degrees C? Absolutely! Generally speaking, the Manual of Patent Examining Procedures explains that an applicant is entitled to be his or her own lexicographer, giving their preferred meaning by clearly setting forth a definition of the term or concept.  This can allow the applicant to even give meanings to terms that are somewhat different from the ordinary and customary meaning(s), although you can’t define terms so that they are diametrically opposite to their ordinary plain meaning.  See e.g. MPEP 2111.01.  So you couldn’t say, “when I say ‘up’ I mean ‘down’ and when I say ‘down’ I mean ‘up’.”

So what if you said something like this: “The process should be carried out at between 19 degrees C to 24 degrees C, which is sometimes in this disclosure referred to as standard room temperature.” That would be perfectly fine. Moreover, if you then used the term “standard room temperature” in the claims you would be importing that definition provided (i.e., between 19 degreesC  to 24 degrees C).