Patent Drafting: The Use of Relative Terminology Can Be Dangerous 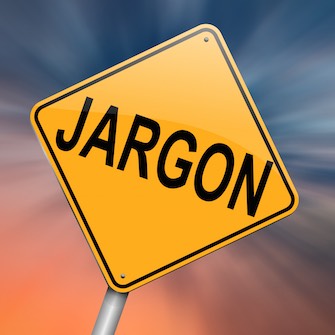 The use of relative terminology, which are short-hand terms that express a certain similarity, are quite common in every day conversation, but are not always appropriate for patent applications, or more specifically for patent claims. This is true because patent claims must particularly pointing out and distinctly claiming the subject matter invented. See Distinctly identifying the invention in exact terms. Therefore, the use of relative terminology in patent claims should be carefully considered. Traps do await the unwary.

Relative terminology can be dangerous because some words are you might want to use are not terribly descriptive, or at least not nearly as descriptive as you might otherwise think. The relational description you are providing by incorporating relative terminology can easily leave open the possibility of miscommunication and ambiguity. Ambiguity is the archenemy of patent drafters and must be avoided at all costs.

Terms such as “like”, “similar”, “type” and others will simply not convey a positive description. These and other similar terms will instead only provide a relational description. When using this type of relative terminology you are not describing the action, item, or element itself directly, but rather you are describing in terms of what it has in common with something else. In many situations this other thing you are drawing a comparison with is not relevant to the invention, which will itself create potential confusion.

The use of relative terminology in patent claim language will not automatically render the claim indefinite under 35 U.S.C. 112(b) or pre-AIA 35 U.S.C. 112, second paragraph. See Seattle Box Co., Inc. v. Industrial Crating & Packing, Inc., 731 F.2d 818, 221 USPQ 568 (Fed. Cir. 1984). The acceptability of the claim language depends on whether one of ordinary skill in the art most closely pertaining to the invention would understand what is claimed in light of the specification.

In essence, if you are going to use relative terminology in your patent claims the question is whether one of ordinary skill would understand what you mean with enough certainty so as to satisfy the requirement that the patent claim particularly point out and distinctly claim the subject matter invented.

In order for relative terminology to be appropriate in the patent claims the disclosure needs to provide guidance. Sometimes that guidance can be provided simply by the technology context. For example, if you go to the Pet Store and you want to buy a tank of fresh water fish you will learn that the fish prefer a pH of approximately 6.8. How close to 6.8 does the pH have to be? Well a pH of 7.0 is considered neutral, and a pH of less than 7.0 is considered acidic and a pH of greater than 7.0 is considered basic. Key to understanding this example is that an acid is different than a base and the switch happens at 7.0. Another important clue is knowing that pH is logarithmic, which means that even small changes in pH are really quite large. See What is pH?

Now ask yourself this: What if you went to the Pet Store and they told you that the fish prefer a pH of “like 6.8”? Like 6.8 in what way? A pH of 8.6 could be “like” 6.8 in some ways. Or maybe a pH of 9.8 could be like 6.8 with the number 6 upside down. Clearly this is an extreme example, one which is hopefully a bit funny and memorable. Terms like “approximately” and “substantially” provide more context than you think, where terms such as “like” do little more than narrow it down akin to playing 20 questions.

For those looking for more advanced treatment of this topic please see MPEP 2173.05(b).