Beyond the Slice and Dice: Turning Your Idea into an Invention

“Unfortunately, while describing use and functionality of an invention is necessary, no amount of description of use and/or function will make up for an insufficient description of the technology from a structural and mechanical perspective.” 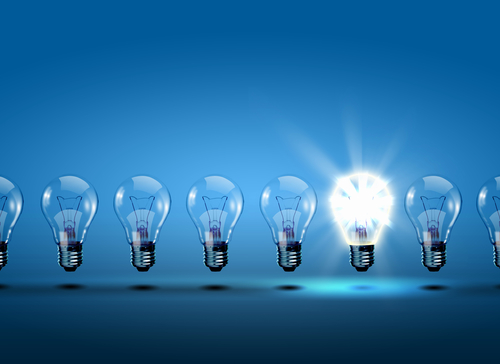 The patent process actually starts well before you file a patent application or seek assistance from a patent attorney. Every patent application starts with an invention, and every invention starts with an idea. While ideas are not patentable, there will be a point in time when the idea you are working on comes so into focus  with enough detail that it will cross the idea / invention boundary.  It is when an idea matures to the point of being concrete and tangible enough to be described to another that the idea has become an invention, at least in general terms.

Legally speaking, in order to have a protectable invention you have to be able to describe your invention with enough detail so that someone of skill in the relevant technical field or scientific area can understand how to both make and use the invention having only read your description of the invention, which can and absolutely should be supplemented with as many high quality patent drawings as possible.  The goal is to take your idea and transform it into something akin to an instruction manual both on use and mechanics. Those new to the patent space tend to be very good at describing the use and less good at describing the mechanics of the invention. Unfortunately, while describing use and functionality of an invention is necessary, no amount of description of use and/or function will make up for an insufficient description of the technology from a structural and mechanical perspective.

“It slices! It dices!” Great, but what is “it” and how exactly does it slice and dice?

Explain “How”, Not “What” of the Invention

Focusing on use and functionality is one of the biggest mistakes inventors and new patent practitioners make.  They spend too much time talking about what the invention does and very little time explaining what the invention is and how it operates on a mechanical, structural and electrical level to deliver the functionality being described. In other words, the copy is written as if it is for an infomercial, or perhaps for a business plan. Neither infomercial nor business plan writing is appropriate in a patent application. What you need is technical writing, which is why patent drawings are so helpful. Those drawings provide disclosure in and of themselves, and if you are doing what you are supposed to do then you will be describing what each drawing specifically shows and how the pieces and parts are connected and relate on a structural level. See Working with Patent Illustrations.

If you find yourself struggling at the idea phase and are unable to break through please see Moving from Idea to Patent. When you are attempting to move from idea to invention, regardless of how or why you find yourself stuck in the idea phase, the first order of business is to get the ball rolling. You need momentum. It’s like that song: put one foot in front of the other and soon you will be walking across the floor. Specifically identify the problem you want to solve and keep adding ideas and thoughts layer by layer. Keep copious notes because some things that seem like good ideas will eventually become bad, and things that were initially viewed as bad ideas will eventually become good. The more thoughts and ideas you layer onto your solution, the more details you add, at some point you will cross that idea / invention boundary and be squarely on the invention side of the line.

Once you do cross the idea / invention boundary and you are ready to file a patent application the prevailing advice for many years was to first conduct a patent search.  This was because doing a patent search is the only way to get a realistic idea about whether the invention is likely able to be protected.  While inventors really do need to do some searching on their own to ensure they are not pursing a dead-end path (see Patent Searching 101: A Patent Search Tutorial), since 2013 U.S. patent laws have become first inventor to file, which really must be interpreted as requiring inventors to file first, period. Therefore, current best practice is to file the most comprehensive provisional patent application possible. Obviously, describing the invention completely, both in general terms and specific terms, is necessary in order to create a meaningful priority filing that can be relied upon later. Then, after a priority filing date has been obtained, having a professional patent search done and obtaining an opinion from a patent practitioner prior to filing a nonprovisional patent application is the appropriate course of action.

For more information and tutorials please see Invention to Patent 101, which includes dozens of articles on IPWatchdog.com arranged as “reading assignments”.