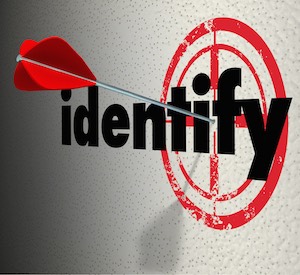 Drafting a patent application is not as easy as it seems, at least for those not trained in the art of describing an invention so as to meet the highly specific requirements set forth in the U.S. patent laws. Identifying the invention in exact terms, as U.S. patent laws require, can be a daunting challenge.

(a) In General. The specification shall contain a written description of the invention, and of the manner and process of making and using it, in such full, clear, concise, and exact terms as to enable any person skilled in the art to which it pertains, or with which it is most nearly connected, to make and use the same, and shall set forth the best mode contemplated by the inventor or joint inventor of carrying out the invention.

(b) Conclusion. The specification shall conclude with one or more claims particularly pointing out and distinctly claiming the subject matter which the inventor or a joint inventor regards as the invention.

Thus, the goal has to be to provide a full, clear, exact description of the invention in a way that particularly points out and distinctly identifies what the inventor believes he or she has invented and wants protection to cover. Easy enough, right? Well, not really.

The Problem of Negative Description

Even knowing what the legal standard is for the description that must be present in a patent application does not ensure that those without training will be able to satisfy the requirement. The blame for this goes to the way most people describe things as they engage in ordinary, everyday communications. Let me give you an example dealing with negative descriptions.

In everyday conversation we frequently describe what things are by explaining what they are not. This is what I will call a negative description. When you are communicating in person with someone you know there can be a common understanding and frequently negative descriptions are enough. This particularly true if you know the person you are speaking with well and what you are describing is something that you both can see. For example, if we were standing in front of a run down house I could say “that is no mansion.” You would easily understand what I mean.

Taking the next step, what if we were standing in front of an extremely large house that was well maintained. If we had just watched an episode of Celebrity Homes and I said “that is no mansion” you would probably similarly understand my meaning, which would be different than in the previous example although the words remain the same. Of course, if another person were with and that person had grown up in a very poor neighborhood and also didn’t have the same common reference point (i.e., having watched Celebrity Homes), well the meaning would be lost altogether.

Moving one step further, if I said “that is no mansion” to someone who was blindfolded, would they have any hope of understanding what I was trying to convey? The simple answer is no, context is everything when relying on negative descriptions.

Unfortunately, when explaining an invention we cannot rely on negative descriptions because explaining what something is not or does not entail or does not use does not provide any useful, concrete, tangible description. When describing your invention and parts thereof you want to do so clearly and precisely so that there is no ambiguity or room for interpretation. The meaning the reader understands needs to be the exact meaning you are trying to convey without exception. I recommend staying away from negative descriptions and describing things with as much detail as you possibly can in a patent application.

The only exception to this negative description prohibition is that sometimes negative descriptions can be useful to guide a reader to a certain point of understanding. Explaining what something is not merely excludes some possibilities, provided the exclusion is clear and free of ambiguity. But excluding something is a far cry from explaining what it is specifically. For example, saying something is “not of uniform thickness” does nothing to tell me anything about the thickness other than to eliminate a single possibility (i.e., that the thickness is uniform).

I have also created what we call  The Invent + Patent System™ is an innovative approach to the patent process. It was initially created to teach law students how to learn how to draft patent applications. Given how successful it was in teaching law students I adapted it for use by inventors. Over the years many thousands of inventors have used it to help create and file provisional patent applications.