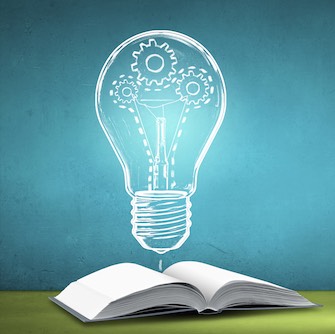 Merely saying that you need to describe the invention in full, clear, exact terms is all well and good, I suspect that most conscientious do-it-yourself inventors are attempting to do precisely that when they prepare and file a patent application. Understanding the legal requirements facing you is the first step, but translating that into actionable information that will allow you to meet and exceed that legal requirement is another thing entirely.

Perhaps the best way to try and understand what you need to do is to consider some of the common patent application mistakes that inventors make when attempting to describe their inventions. Appreciating these errors and why they are mistakes, or at least not as helpful as you might think, will go a long way to arming you with the information you need.

Explaining Functionality NOT as Helpful as You Think

It slices! It dices! Great, but what is “it” and how exactly does it slice and dice?

One of the biggest mistakes I see inventors make is they spend too much time talking about what the invention does and very little time explaining what the invention is and how it operates to deliver the functionality being described.

Explaining the functionality of an invention, or components of an invention is helpful, don’t get me wrong, but only explaining something in terms of function leaves many questions and leads to a disclosure that is not terribly descriptive – an absolute nightmare for a patent application.

For example, assume you are unfamiliar with a couch. If I were to try and describe a couch by explaining that you sit on it to watch TV, would that bring to mind a couch? It might, but it might also bring to mind a chair (of various sorts), a recliner or perhaps a love seat. Notice also that when describing the couch for sitting I am leaving out lying on the couch. If I were to describe the couch structurally, however, the reader would be able to understand that you could sit on it or lay on it. Of course, if I were to describe the structure of the various components, how they are put together and then tie that together with a description of the functionality provided that would lead to the best description.

Remember, describing function can be helpful to get the reader thinking in the right direction, but normally it does not bring the reader all the way to an unambiguous understanding of the invention. When drafting a patent application it is essential that you remove any ambiguity and specifically describe the components of the invention and how they are configured to achieve the structural invention. Then feel free to explain the functionality, but don’t assume functional description can be in place of structural descriptions.

Too Specific, Expand to General

Many inventors make the mistake of only very generally describing their invention. If that is you then you are already light on specifics, which is extremely dangerous in and of itself. But the problem I’m discussing here is the flip side of the coin. It is important to be specific, but not just specific.  Allow me to illustrate with an example.

Assume your invention requires a towel of some sort. It would not be good to only have the following description: “A towel made of cotton.”  This would be limiting because the only material described is cotton.  It would be better to say “a towel made of a washable fabric, such as cotton, nylon, polyester, cotton/polyester blend, etc. etc.”  Notice here how the description starts off as generic (i.e., washable fabric) and then also makes reference to specific types of fabric.  Notice, also, that saying “washable fabric” would limit with respect to those fabrics that are not washable, but rather would be dry-cleaned.  Thus, the key is to say things as generic as possible to start, which will capture as much ground as possible, and then to specifically identify as many of the particulars as possible. By pointing out the particulars you are specifically including those items in the disclosure and will have support for them in your original filing. You are also expanding the scope of the application, and by explaining more you are not only explicitly disclosing more, but you’re implicit disclosure will also grow.

One more important thought. Above I used the term “etc. etc.” While that may seem like a great way to expand the description this is a mistake. By using “etc.” you are asking the reader to use his or her own imagination. You are asking them to fill in the blanks you left with other similar items. This is bad for at least several reasons. First, it allows ambiguity to enter into your description, and ambiguity is one of the worst enemies of patent drafting. Second, “etc.” is non-specific. Given that you have to disclose the invention in particular and specific terms, using a non-specific catch-all like “etc.” is simply not helpful.

You would be better off to continue the list and include some kind of specific characterization. Try this: “A towel made of a washable fabric, such as cotton, nylon, polyester, cotton/polyester blend, or other breathable fabric or blend.” We have now introduced the term “breathable fabric” to our description. The term “breathable fabric” means a fabric that allows moisture vapor to be transmitted through the material. When using a term of art like that you have a couple choices. First, you could rely on what someone of skill in the art would understand the term to mean. Second, you can define the term so that it is clear what you mean. Patentees are allowed to be their own lexicographer, which means you can define the terms you use, which tends to be the best practice.

Notice, however, that in order to avoid common, everyday, non-specific language (i.e., “etc.”) we introduce a term that has a specific meaning. This is what makes drafting a patent so difficult. As you address one issue another pops up. The moral here is to be specific, but not only specific. Consider using general characteristics where appropriate, and if a term of art creeps into your writing best practice is to define it to remove ambiguity.

Drafting a patent application can be a difficult and daunting undertaking. We have numerous articles here on IPWatchdog.com aimed at educating those who are going to attempt to prepare and file their own patent applications. As with any new endeavor, the more you learn the better prepared you will be.

I have also created what we call  The Invent + Patent System™ is an innovative approach to the patent process. It was initially created to teach law students how to learn how to draft patent applications. Given how successful it was in teaching law students I adapted it for use by inventors. Over the years many thousands of inventors have used it to help create and file provisional patent applications.

For more information on patent drafting please see these other articles.