The Importance of Keeping an Expansive View of the Invention 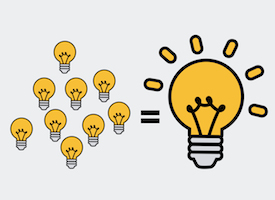 Attorneys are frequently very good at telling would-be entrepreneurs exactly what they should do, but if you have never been an entrepreneur it can be easy to lose sight of the universal truth that no matter how well funded you may be there is never enough money to afford to do everything that needs to be done. Indeed, even if you carefully plan a budget as an entrepreneur you really have to multiple whatever you think you need by a factor of at least 2 or 3 because things will cost more than you assume even if your projections are conservative. For example, it will come as a shock for many entrepreneurs that the cost of electricity for a business is far greater than the cost of the same electricity for a residential customer.

I have been an entrepreneur ever since I was a kid, first delivering newspapers, then pushing my lawn mower around the neighborhood, then as a mobile Disc Jockey, and that was all before I left high school. I have been a co-owner of an independent record label, started several law firms, and my greatest success to date has been IPWatchdog. So I understand the challenges entrepreneurs face, but I also know that inventors face far more challenges than your typical entrepreneur because by the very nature of what they are doing they are attempting to create something that heretofore has never existed.

With this rather lengthy opening statement, the point is this — in order to succeed as an entrepreneur you sometimes must cut corners and do with what you have or can afford instead of what you need or what is ideal. In the invention space that frequently means that inventors need to do at least some of their own patent work. There is nothing wrong with doing at least some of the work yourself, but you must have your eyes wide open and realize that if you can afford to hire a patent attorney or patent agent that is the far better way to proceed. Furthermore, if you are going to proceed to do things on  your own you must be willing to take the time to educate yourself. Don’t listen to your neighbor or friend who “knows a guy that says…” Read as much as you can, find a reputable local inventor group, attend USPTO inventor conferences and READ AS MUCH AS YOU CAN! I realize I said that twice, the second time shouting.

I will assume that if you are still reading it is because you plan on trying to do at least some of your own patent work. I have many tutorial articles on IPWatchdog.com to help, and a great place to start reading is on our Inventing Page, which contains reading assignments to basic articles, each of which will contain additional links and references. But for today the topic is about keys to drafting a patent application. Not coincidentally these keys do not tell  you how to draft anything. Rather, they will help you focus on the type of information you must have and the critical understandings that you must appreciate, internalize and embrace.

Key 1 – An Expansive View of the Invention

The trick with drafting a patent application is to define anything that will work, no matter how crude, no matter how defective. Most inventors fail miserably at this, which will lead them to seek patent protection that is far more narrow than they are entitled to receive. They will say that “no one would ever want to do it that way, this way is far better.” If that is what you think then you MUST think again. The immutable law of economics states that if you are making money others will seek to enter your market until the point where the marketplaces saturated. The whole reason to get a patent is to prevent others from entering your market, which is not something you can do if you have left avenues open for them to compete without infringing.

Think about it this way, if you invented a car that has 4 wheels, 4 doors, interior seats, a steering wheel and motor, you SHOULD want to protect that configuration to the greatest extent possible. Let’s say you plan on selling the “Cadillac” version of the car. You might not be able to conceive of any reason why anyone would want to buy a version that has fewer features, and you might not be able to understand why someone could possibly ever want more bells and whistles. But if you only describe the Cadillac version that means that is all the protection you could ever possibly obtain. You couldn’t stop market entrants who want to sell the Yugo version or the Ferrari version. Even if you have no interest in selling the lower end or higher end units if you have those rights locked up you could license others who might want to sell at those price points. But you cannot license what you don’t own.

You want to capture everything you possibly can in a patent application. That means generally describing the invention, it also means specifically describing the invention and all the different versions (called “embodiments” in patent speak). The only power of a patent is to prevent others from doing what is covered in the patent. With your patent you want to prevent would-be-competitors from directly competing and from competing with substitutes, even substitutes that are inferior. Think of the patent as creating a wall around your invention. You do not have to use all of what you capture/define in your application, but having it will create the barrier to entry that can insulate you from copyists or those who want to get into your market and offer something as close as possible without actually infringing.

Picking up on the last point raised above, it is essential for you to try not to unnecessarily limit yourself. This is a very difficult task because the way that many inventors want to prevent themselves from being limited is by describing something so generally that it does not define a complete invention, or that it is so general that it would capture the prior art. Being general in  your description is an enormous problem. I recently talked about this problem in some depth in Assumptions and Ambiguity are the Enemy and Appropriately Disclosing Your Invention.

Always ask yourself how someone could essentially copy without literally copying. The point here is that if someone were to make minor changes and not copy your invention exactly as you have described it in  your patent they would be “essentially copying” your invention, but not infringing your patent rights. Therefore, in your disclosure you want to describe not only what you are doing and what you have specifically invented, but also disclose all those alternatives that you can think of. This will provide the broadest protection, which will in turn provide the greatest and strongest disclosure.

For more on this topic see The Key to Drafting an Excellent Patent – Alternatives, Drilling Down on Variations in a Patent Application and Working with Patent Drawings to Create a Complete Disclosure. For those who are more adventurous, we recently published an article on this topic for a patent attorney and patent agent audience. See Include Variations and Alternatives to Claim Limitations.

By definition a patent gives you the right to prevent others from making, using, selling and importing. Remember, the patent does not give you the right to do anything yourself and, therefore, the patent does not need to be limited to the versions you are going to use. See What is a Patent? That being the case you want to make sure you cover what you want to do and what you expect to make money doing, but you also cover other alternatives. Try and figure out what the competition may want to do to get around your patent rights and make sure you define that as well.

The first step before you move forward with a patent application is to determine whether your invention is patentable. This requires a patent search. After the search comes back clear and the decision to move forward has been made I routinely tell my clients that they now need to think creatively. We will certainly describe the patentable invention with as much detail as possible, describing both general to ever more detailed versions of the invention (and everything in between). But now it is time to assume that money is no object. If you had a limitless supply of money what would you want the invention to do? If version 1 is a huge success what will you want to incorporate into version 2 and beyond?

You do not need a working prototype unless you are trying to claim a perpetual motion machine, which is not a good idea. What you need to do is describe how the invention can be made and used, and doing that with a series of drawings and associated descriptive text can be enough. The patent will give you the right to prevent others, but only with respect to what is defined in the patent application. Ultimately, the claims define the invention, but with an omnibus disclosure you can always add more claims later without violating the prohibition against new matter. I explain this in more detail in An Introduction to Patent Claims.

If you keep these three lessons in mind as you contemplate your invention you should start to think about your invention more broadly. By giving an expansive view to what you have come up with you will wind up with a better, broader and stronger patent application than otherwise, regardless of whether you choose to try and represent yourself or you decide to work with a patent attorney or agent.