Why do you want a Patent? 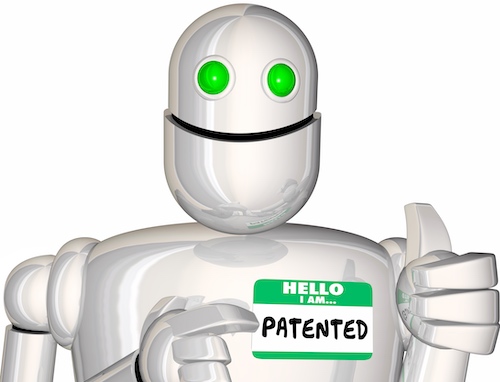 Obtaining a patent can be the best business move you could ever make. On other hand, it may wind up costing you time, energy and a lot of money that you didn’t need to spend. The investment placed into getting a patent may be wise, but it is important to realize that no one is simply going to show up on your doorstep with a money dump truck and unload lottery like winnings onto your stoop. The road to riches in the invention world is hazardous, has many detours and seldom goes as planned. That is why the first question you absolutely must ask yourself before you rush off to your friendly neighborhood patent attorney is this: Why do you want to get a patent?

The unfortunately reality is that most patents do not make inventors money. When I first started out in the business, estimates were that perhaps 2% of patented innovations made money. That estimate has grown over the years to anywhere from 2% to 10%, but this increase isn’t due to the fact that inventors have gotten so much better, or much smarter, but rather is a function of the massive portfolio licensing that goes on at the top of the industry. It is extremely difficult to know which patents out of a portfolio are the ones worth acquiring, but you likely don’t have to spend time wondering because if you want to license the valuable patents you probably have to take a license to the entire portfolio. So even by the bloated estimates you might hear today, the underlying reality has not changed. No more than 2% of patents individually would be considered viable money making propositions.

Of course, the trick is knowing which 2% of inventions are going to be the ones that make money. Hindsight is always 20-20, and because of the rules of the system it is necessary to take initial steps to file for protection by at least filing a provisional application well before it is known whether an invention is likely going to be a critical asset that supports a viable money making proposition.

When you come up with an invention you are very proud, and seeking validation at the USPTO can be exactly the stamp of approval you need and want, and today given the fact that the U.S. is a first to file system filing quickly is absolutely required. But before you race off to file a patent application and start spending money with an attorney you need to have a business plan, or at least an outline. What are you going to do with the patent once you get it? Are you going to attempt to license the rights so that you receive a stream of royalty income? Are you going to manufacture the product and sell it yourself? Are you going to start to manufacture and sell the invention in order to prove the market, but really hope to find a licensing partner after you have proved that a market does exist? Are you going to frame the patent and hang it on your wall? Knowing what you want to try and accomplish with the patent will go a long way to determining the proper strategy to follow.

The question should not be whether you can get a patent, but rather whether the one you can obtain is worth the investment. In other words, is the scope of protection meaningful? Getting a patent is relatively easy if you are willing to take extraordinarily narrow claims. By layering on enough specifics together into a claim you can turn practically anything into something that is new and not obvious. Thus, the essential questions is for any inventor to ask themselves is whether they are going to actually be able to prevent competitors from making, using, selling and importing your invention based on the claims likely to be obtained? After all, the patent will not grant you the right to do anything other than exclude others. So, if the exclusionary right is too narrow the value of the patent is narrow, perhaps to the point of being worthless.

Of course, this is not to say that there is anything wrong with obtaining a patent for vanity reasons, to hang on your wall, to be a part of American history, to be an inventor. My uncle did just that. Initially he attempted to make money from his inventions, but time after time had no luck except for bad luck. He was still a very proud, patent holding inventor. Something can be said for that, but generally speaking for most inventors the goal is going to be to make money, which means to invest wisely, and only so long as the project seems likely to potentially lead to business success.

This phenomenon is best illustrated by looking at the pharmaceutical industry. They spend millions and millions of dollars obtaining patents before they ever know whether the Food and Drug Administration (FDA) will allow a product to be sold. But once it becomes clear that a drug will not gain approval, or that it has not continued to prove out, it is dropped, funds are conserved and applied toward other inventions that show more promise.

Another example for independent inventors might be the baby market. There are substantial safety regulations that need to be kept in mind if your invention relates to something to be used by children. So, getting a patent doesn’t mean you have the right to sell or market your invention, rather it means you have the right to prevent others from selling or marketing what is covered by your claims.

Another critical question is this: Can you realistically expect to get claims that would cover what someone else might want to do? If you are successful there will be people who want to copy you and take your market away. It is not personal, it is just business. Economics suggest that where there is money to make there will be new market entrants until there is no additional money to be made. You get a patent in large part to skew economic reality and prevent competitors from encroaching on your market.

Wrapped up in what we have been discussing is a very simple question that many inventors fail to ask. It is this: Is there a market for your invention? Frequent guest contributor and patent attorney Eric Guttag tells his clients that if they don’t know 5 people right now that would buy the product they probably should not pursue a patent. That is probably good advice. While many friends and family will not be supportive of even good innovations for a variety of largely personal reasons, we all know folks that are supportive. Go to the aunt or uncle that always bought whatever you were selling to raise money for school, for example. If they aren’t interested that might be a clue.

When you are considering whether to get a patent you absolutely must know what rights you will receive. As already discussed, a patent will give you the right to exclude others from making, using, selling and importing a product or process. Many will tell you (including Supreme Court Justices) that a patent is a monopoly, or provides a monopoly. This is simply not true and anyone who tells you this simply doesn’t understand patent law, or they don’t understand the economics of innovation, or they are severely generalizing to dumb down the concepts they are discussing.

The loose application of the pejorative term “monopoly” to the property right of exclusion represented by a patent is misleading. What the patent can do is allow you to prevent others from entering your market. This requires a strong patent with solid claims. Likewise, you need to have a product or process that others are willing to pay money to acquire or use.

It is a simple truth that a monopoly can only exist if there is or will be an existing market, or if you can create a market. Of course, creating a market is far more difficult, but might be necessary if your invention is a first of its kind. Think about the DVR. Why would anyone ever need to pause live TV? Once you have a DVR you figure that out pretty quick, but with some products you have to educate the consumer and create interest, which translates into demand and ultimately into a market. Most inventors never need to go that route because they have created an improvement or a gadget that, although new, obviously does something more easily.

To characterize a patent as a monopoly without first questioning whether there is a market for the underlying invention is to put the cart before the horse. Those patents that are litigated are litigated because there is money at stake and, therefore, a market does exist. Nevertheless, there are a large number of patents that could never possibly have any market and could never be considered to yield a monopoly. If you doubt this take a look at the Museum of Obscure Patents. It does no good to perpetuate the myth that all patents are monopolies. It is simply not true. So thoughtful consideration needs to be given with respect to whether a market actually exists, how large the market is and whether the invention can compete within the market.

As with many complex systems in life there is no single correct way to move forward. The goal should be to move forward in a business responsible manner. That means that there are a number of things that you need to work on simultaneously. You need to figure out whether the invention can work, perhaps with a crude prototype you build in your garage of basement. Then you probably want to consider the business questions posed here to determine whether it makes sense to move forward. If it does then the next step really should be a professional professional search because if there is no opportunity to get rights, or the anticipated rights would be quite narrow, that has to inform the business inquiries. Of course, it is also important to know that the business inquiries are not a “one and done” thing. The road to riches will take time, money and energy. It only makes sense to continue to invest time, money and energy so long as the project continues to make business sense, so periodically reevaluate the business questions as you progress from step to step.