Time to ‘Think PCT’: Rethink Your Global Patent Strategy to Preserve Your Seat at the Table

“A PCT application keeps the ‘worldwide patent pending’ status going for another 18 months. A terrific value too; a PCT filing often costs less than a single foreign filing, yet it preserves the possibility of protection in about 100% of world GDP.” 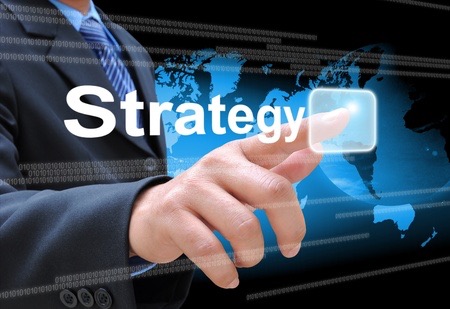 Greetings; John White here. It is time for you to “Think PCT” [Patent Cooperation Treaty] anew. If the last thing you remember hearing me say about the PCT was some mnemonic about how to ensure an International Filing Date (English Applicant Requests Priority Designation!), or how to calculate an old Section 102(e) date under the FOoT/DUSE  (Fee Oath Translation/ Designate United States (publish in) English) Rule for the Patent Bar Exam: good, you still remember it! You’ve put off senility a little further by keeping these things circulating in your steel-trap like brain! (Sadly, my voice is probably still rattling around in there as well, I suppose. Sorry about that…).

But, let’s move on; it is now time to really understand the use and implementation of a PCT strategy in the modern era. The world is changing rapidly!

In the United States at least, we as practitioners had become lazy with respect to advice about what to do and where to file around the world. In Post-WWII America, 50% of the world’s GDP sat at our doorstep; and, the rest of the world, save Europe, was too diffuse or roped off, trade wise, to be of much interest. If a company had a need or interest to file elsewhere, in the big bulky industries of the day, it was more-or-less up to them to figure out where and for which applications. Once instructed, we’d find the local associates and make the foreign filings happen. We’d use the Paris route, i.e., file within the year, claiming the benefit of a prior U.S. filing under the Paris Convention, and that was pretty much that. Well, that is no longer a useful value strategy and, even if it is, it should be supplemented, at a minimum, by the filing of a PCT application.

Since the America Invents Act (AIA) and its implementation of a “First Inventor to File” system, we have all learned to love the U.S. provisional application. We have found out that “first-to-file” actually means and translates to “first-to-file”. I know, stunning: a statutory summary that actually lines up with what the statute says and means. But the reason we race to the U.S. Patent and Trademark Office (USPTO) is to not only be ahead of our fellow Americans, but to also beat the foreign filer whose filing date can beat our own, even if outside the country. Our notes of “prior invention” for pre-AIA filings seem all so quaint now. It is now a worldwide race to be “first to file”. Half of all U.S. filings originate outside the U.S. and are based on foreign priority of one sort or another. Hence, the greater need for provisional filing dates to compete with those foreign filings and to simply be “first to file”. By filing that provisional, we obtain the magic of worldwide, Paris priority dependent, “patent pending” status. C-level executives love to know that you’ve locked up the prospect of the patent protection across the globe with a simple U.S. filing. Great.

Sadly, the excitement fades quickly when it is understood that a U.S. provisional filing cannot become a patent, nor can it protect or exclude anything, and it lasts for but 12 months. What happens next? Well, in short, a lot of money gets spent if you have ambitions beyond our shores. But where? Tough question, and one to which the answer can change quickly. Who knew, in January 2020, where we’d be now economically? Supply chains and markets fracturing. Wouldn’t it have been prescient had you advised to file a PCT in addition to any foreign filing you made? A PCT application keeps the “worldwide patent pending” status going for another 18 months. A terrific value too; a PCT filing often costs less than a single foreign filing, yet it preserves the possibility of protection in about 100% of world GDP.

A PCT filing can also save you money and create faster prosecution. What? You thought PCT was a delay tactic when uncertainty prevailed? Well, perhaps. But, where you choose the United States to do your initial Search and Preliminary Report, and it turns out positive on novelty, inventive step, and industrial applicability, you’re eligible for fee discounts when entering the U.S. national stage, and you’re even eligible for patent prosecution highway (PPH) treatment, i.e., a free jump to the front of the line. That’s right – I said it: a PCT saves time and money when done right. PPH cases are allowed at a higher rate, with fewer office actions, faster. Pretty nifty. No big Prioritized Examination checks to write, in addition to the usual filing fees.

But, big picture, what does PCT do? It keeps your seat at the table of the future – across the globe. The United States is now about 20% (and falling) of the world’s GDP, which means 80% of GDP, i.e., the future, beckons from beyond our shores. Today’s industries have a much lighter footprint. The “bulk” of the past is gone. Decisions and business move at the speed of the web. A PCT preserves all options as that speed manifests. You can then, once the 30-month PCT clock has runs its course, tag on Regional Filings, i.e., European Patent Office, to keep that “patent pending” status quo alive. And, if at any point prior art turns up that “tags you out”, well you’ve saved further filings and fees for another day and another invention. Pruning is earlier, and costs are reduced.