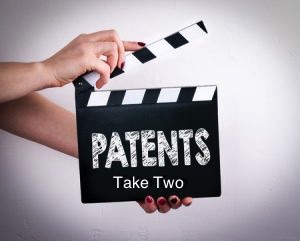 Continuation applications can be filed to broaden or focus approved claims, claim material for the same invention that was not claimed in approved claims but which is supported by the specification, or the like. This is important in part because subject matter disclosed but not claimed is deemed dedicated to the public. Eli Lilly and Co. v. Hospira, Inc., 933 F.3d 1320,1330 (Fed. Cir. 2019), citing Johnson & Johnston Assocs. Inc. v. R.E. Serv. Co., 285 F.3d 1046,1054 (Fed. Cir. 2002) (en banc).  By its nature, the priority of a continuation application is identical to that of the application from which it is a continuation.

Continuation-in-part (CIP) applications highlight a trade-off between priority and patent term. “A continuation-in-part is an application filed during the lifetime of an earlier application by the same applicant, repeating some substantial portion or all of the earlier application and adding matter not disclosed in the earlier case.” Manual of Patent Examining Procedure (“MPEP”) § 201.08 (5th ed., Rev.15, 1993) (emphasis added); see also MPEP § 201.08 (2015). Note that matter may be added by subtraction; for example, if the parent application describes a “round hole”, removal of the word “round” will “add” holes of other shapes. In CIP applications, priority is assessed on a claim-by-claim basis. Transco Prods., 38 F.3d at 557 n.6. An applicant can obtain an earlier effective filing date for claims in a CIP application only if those claims find 35 U.S.C. 112(a) support in an earlier-filed nonprovisional application, except for the best mode requirement. Id. Claims reciting new matter, however, are entitled to only the filing date of the CIP application and not to the filing date of the earlier-filed application. Id.

Of course, once the CIP application adopts the later filing date, the CIP application and its children become vulnerable to rejections based on a larger pool of prior art — including former parent applications in some cases. See, e.g., Santarus, Inc. v. Par Pharm., Inc., 694 F.3d 1344, 1352 (Fed. Cir. 2012) (finding that “[d]ue to breaks in the chain of priority,” the “[parent] patent [was] prior art for some of the asserted claims”). Also keep in mind that filing a new, independent application rather than a CIP may be warranted, as discussed later in this series.

Because a patent can claim but a single invention, UCB, INC. v. Accord Healthcare, Inc., 890 F. 3d 1313,1323 (Fed. Circ. 2018), “[i]f two or more independent and distinct inventions are claimed in a single application, the examiner in an Office action will require the applicant in the reply to that action to elect an invention to which the claims will be restricted, this official action being called a requirement for restriction (also known as a requirement for division).” 37 C.F.R. § 1.142(a) (emphasis added). In such cases, a divisional application is a type of continuing application directed to a different invention than its original application and is intended for use with “distinct invention[s], carved out of a pending application and disclosing and claiming only subject matter disclosed in the earlier or parent application.” Antares Pharma, Inc. v. Medac Pharma Inc., 771 F. 3d 1354,1358 (Fed.Cir. 2014), citing MPEP § 201.06; see also 37 C.F.R. § 1.53(b). Along these lines, the Federal Circuit has held that “[p]lain common sense dictates that a divisional application filed as a result of a restriction requirement may not contain claims drawn to the invention set forth in the claims elected and prosecuted to patent in the parent application.” St. Jude Medical, Inc. v. Access Closure, Inc., 729 F. 3d 1369,1377 (Fed. Cir. 2013) quoting Gerber Garment Tech., Inc. v. Lectra Sys., Inc., 916 F.2d 683, 687 (Fed.Cir.1990).

With respect to restriction requirements and its cousin election of species, there seem to be two primary camps or strategies among patent practitioners. In one camp are those who advocate traversing all restriction requirements and elections of species. One of our colleagues lays out a very good strategy for this type of traversing (for example, arguing misclassification, no search burden, lack of support for the requirement, etc.). Neifeld, R., “Continuation Applications, RCEs, Appeals, Petitions, Interferences, Public Use Proceedings, Determinations, and Oppositions”, AIPLA “How to Manual”, Chapter 13 (“Neifeld”). The other camp advocates not formally traversing (but nonetheless making arguments why the claims should not be split up, especially the “no search burden” argument, for example when methods and apparatus are classified identically) and saving their ammunition and powers of persuasion for arguing any downstream patentability issues.  The authors do not specifically endorse or deny either approach, as each may be useful in specific circumstances, and each has their pros and cons.

In Part III, we will discuss the implications of these different types of subsequent patent applications for potential litigation down the line.

Gary Maze Gary R Maze, the president and founder of the Maze IP Law, P.C. law firm, is a member of the National Association of Patent Practitioners and has practiced intellectual property [...see more]

Jeffrey Wendt is president and founder of The Wendt Firm, P.C. With a background in chemical engineering, working experience as an engineer, and intellectual property law, Mr. Wendt is particularly trusted by [...see more]