“Do not argue for the sake of argument. Not all rejections are perfectly framed….. While it is important for the examiner to properly reject any claims, as a patent practitioner, you want to reduce the amount of time an examiner has to spend on issues that will not advance prosecution.” 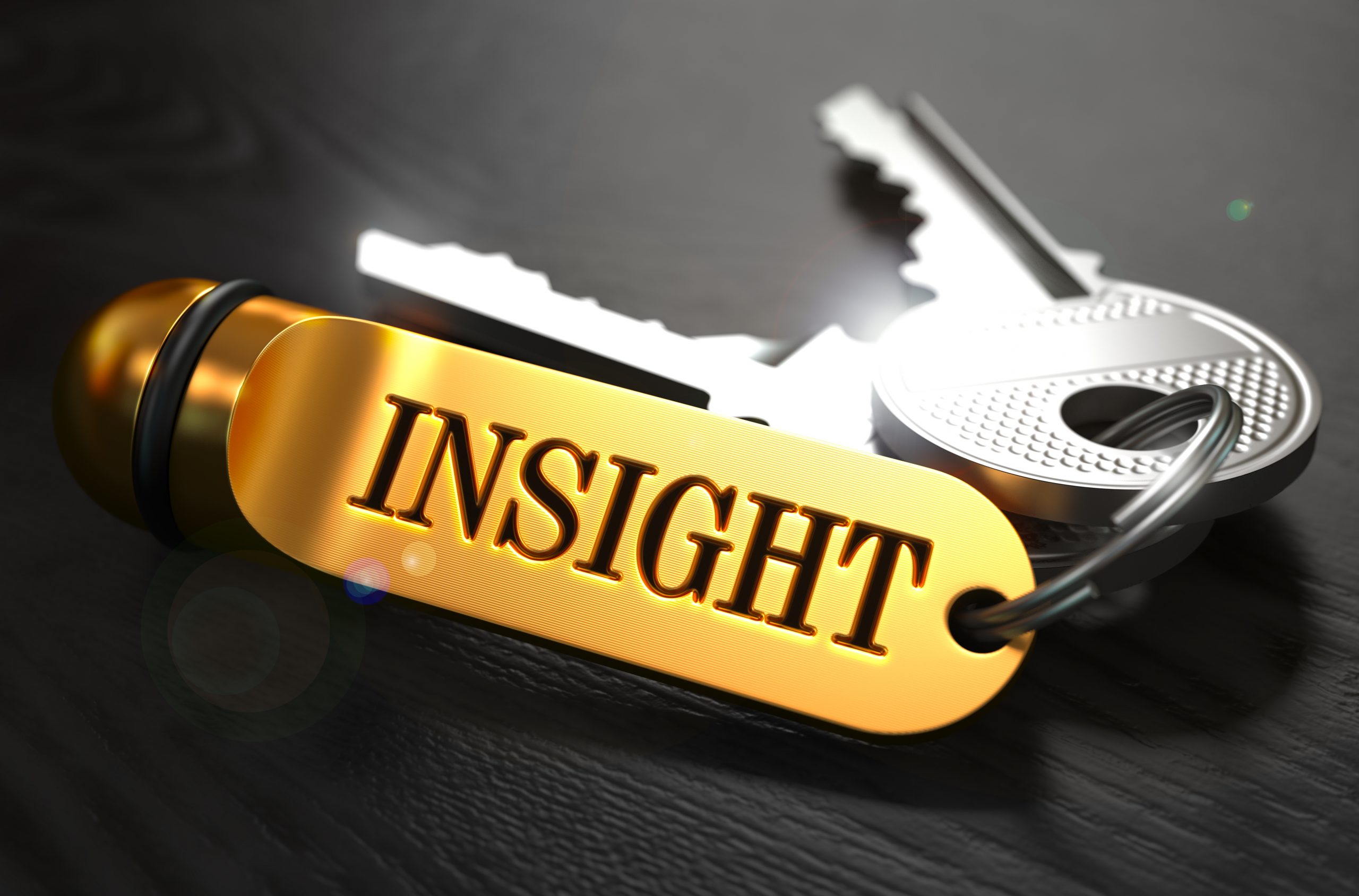 1. Most examiners are not legal experts.

Having a legal background is not a requirement for being hired as an examiner, though many examiners do acquire law degrees before or while working as examiners. USPTO examiners have diverse educational and experiential backgrounds, from bachelor’s degrees through multiple PhDs and as little as no industry experience to multiple decades in industry. Because examiners often do not to have extensive legal backgrounds, an applicant’s arguments that are related to the technology described by the claimed subject matter tend to be more persuasive than arguments that simply attack the legal basis of a rejection.

Limit your arguments to issues that you believe will move the application towards allowance – do not argue for the sake of argument. Not all rejections are perfectly framed. Due to time constraints placed on examiners, they may make weaker arguments than they would otherwise if allowed more time. While it is important for the examiner to properly reject any claims, as a patent practitioner, you want to reduce the amount of time an examiner has to spend on issues that will not advance prosecution. For example, if a feature of a dependent claim is rejected based on being an obvious design choice rather than relying on prior art, don’t force the examiner to find a prior art reference that discloses the feature. Unless you believe that feature is patentable, it is not a good use of the examiner’s time to find the reference. By taking a reasonable approach, and letting the examiner know when he or she is right about something, you will improve your credibility.

4. Show-and-tell: help the examiner understand how the invention works or what it really is.

An examiner interview can help an examiner understand an invention, particularly when you can show a prototype of the claimed invention or other visual aids to improve the examiner’s understanding of the claimed patentable features. A patent application begins with a technical description of the technology that is then translated into a legal document. When the examiner first picks up an application, sometimes the multitudes of different embodiments, figures, and legalese can make them lose focus on the big picture of an invention. Some examiners find in-person interviews more helpful than video conferences because it is easier to point to passages in the application or prior art references and to analyze any visual aids presented. Rather than walking through a patent application line by line, try rephrasing technological concepts and summarizing the big picture whenever possible. Even sharing a PowerPoint presentation with the examiner or a website link that describes the technology in rich detail can help foster a good conversation about the inventive concepts.

5. Tell a story about the invention.

Examiners are insulated from business considerations and how the inventor or assignee arrived at the claimed invention. The examiner might appreciate an explanation of the technical landscape: what came before this invention, how it improves upon previous solutions, how it might be useful in other fields, etc. There are people (inventors) attached to every patent application, and sometimes the future of their company may depend on a patent that issues with robust claims. While examiners are encouraged to streamline prosecution and to move cases towards allowance or abandonment rather than let applications drag on through multiple requests for continued examination (RCEs), putting the invention in the proper context can lead to progress towards allowance of meaningful claim scope faster than a dry battle of written arguments.

If a response is being submitted without claim amendments, an interview is particularly helpful. A response with only arguments tends to put an examiner on the defensive. Conducting an interview in these circumstances can help clear up any claim interpretation issues. Rather than talking past each other, you might reach an agreement that previously objected-to claim language is acceptable or you might find a simple rewording that satisfies both the applicant and the examiner. Despite one’s best intentions, sometimes well-crafted written explanations about what the words in a claim mean and what they are being mapped to in the prior art can be lost on an examiner. Instead of arguing about how broadly a word or phrase in a claim can be interpreted, start by describing what that word or phrase means in the context of the invention, and then discuss what is a reasonable interpretation of the claim language. Remember to interview early in prosecution because examiners get more time to consider a response to a non-final office action than a response to a final office action.

7. Understand the count system: the USPTO’s work product expectations from the examiner.

Examiners have required work product (e.g., office actions and allowances) production goals, called ‘counts,’ for every quarter and fiscal year. In a given round of prosecution, each application is worth a fixed number of counts until it is disposed (e.g., allowed, abandoned, or a request for continued examination is filed). The proportion of this fixed number is divided amongst the following in descending order of counts: first action allowance, first action non-final office action, disposal after final action (e.g., abandoned after a final action, RCE after a final action, or allowed after a final action), final office action, and an advisory office action. Typically, these counts are 2, 1.25, .5, .25, and 0 respectively. A second action non-final in the same round of prosecution (e.g., in the case of examiner error requiring a new action) is worth 0 counts.

Depending on current USPTO policies (which may vary quarterly), RCEs may reduce the total number of counts after the first round of prosecution. For example, in a second round of prosecution, the typical counts may be adjusted to 1.75, 1, .5, .25, and 0, respectively. The point here is to keep the examiner’s count system in mind when planning a response. For example, when drafting a patent application, make its written description and figures as clear as possible, thereby avoiding objections to application formalities and giving the examiner more time to focus on searching for the best prior art and evaluating the patentability of the claims. Helping the examiner understand early in the process why the claims are allowable may move the application to allowance earlier in prosecution, resulting in a windfall of counts for the examiner. That’s a win-win scenario for both sides of prosecution.

8. Keep an eye on the calendar.

The time of year, the quarter, and the week may significantly impact an examiners ability to be receptive. Examiners are loosely evaluated bi-weekly; however, the exact date for evaluation in these periods can fluctuate from year to year. Generally, it does not hurt to ask an examiner if they have a production deadline coming up. Doing so may help practitioners find more optimal times to connect with the examiner. The ends of the quarters, and particularly the end of the fourth quarter, tend to be busy times for examiners. This may work to an applicant’s advantage if an examiner is initiating an interview to authorize an examiner’s amendment in preparation for a notice of allowance, or to a disadvantage if, for example, an examiner does not immediately have time for an applicant-initiated interview request.

10. Only contact an examiner’s supervisor before reaching out to the examiner if there is no other option.

Nobody likes it when their expertise or authority are being questioned by going to the supervisor. Examiners may be less receptive to arguments against their objections and rejections if they were not contacted first (as is typical in practice). Always try first to reason with the examiner assigned to the application. Even if an examiner realizes they’re in the wrong, they still may be open to suggesting productive amendments in the next response to avoid having to send out a new office action for no credit, which does not help the examiner with those production requirements from point number 7 above. However, in cases where an examiner fails to address substantive arguments or maintains a rejection based on an error (in the practitioner’s point of view), for example, then contacting their SPE is probably more productive than going straight to the appeal process after a final action. Some examiners have very little interaction with their SPE and sometimes need a refresher on legal concepts. This may be particularly helpful in areas of the law that seem to be continually changing, such as issues relating to patentable subject matter.

Robert Lichter is an attorney at Boston intellectual property law firm, Lando & Anastasi, LLP. focuses his practice on a wide range of services including preparing and prosecuting utility and design patent [...see more]

Ryan Potts is a patent agent at Lando & Anastasi, LLP. brings several years of experience as a Primary Patent Examiner at the United States Patent and Trademark Office to his patent [...see more]