Design Patents: Under Utilized and Overlooked

Once upon a time, one of the ways you could spot scams from legitimate operators in the patent industry was to look at who was directing clients to get design patents. Design patents have always been easy to obtain, indeed, far easier to obtain than a utility patent. Of course, as with many things in life and with virtually everything in the realm of intellectual property law, the easier something is to obtain the less valuable it is to own. This general rule about easier and cheaper rights has been turned upside down in recent years with respect to design patents, at least to some extent. 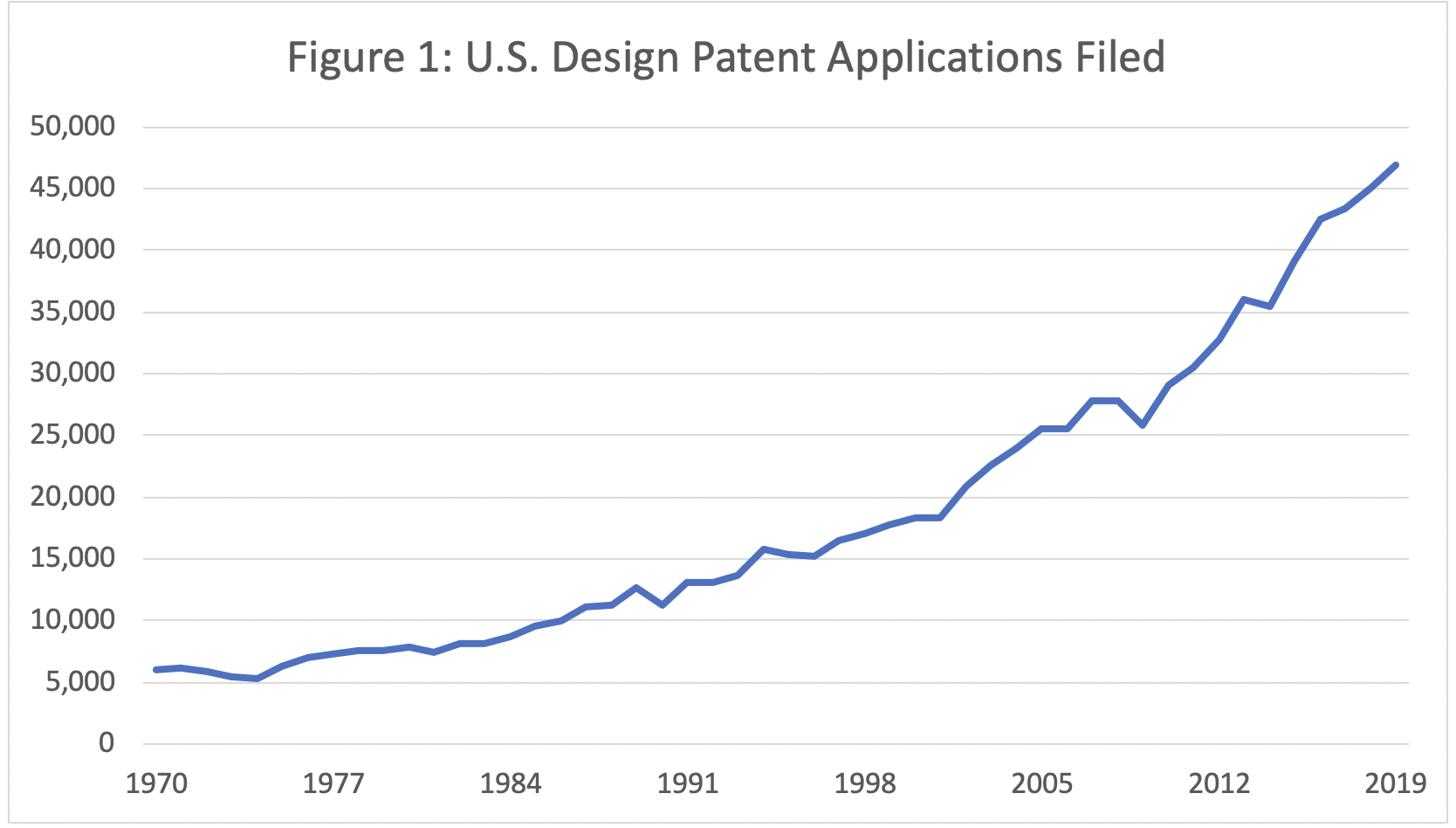 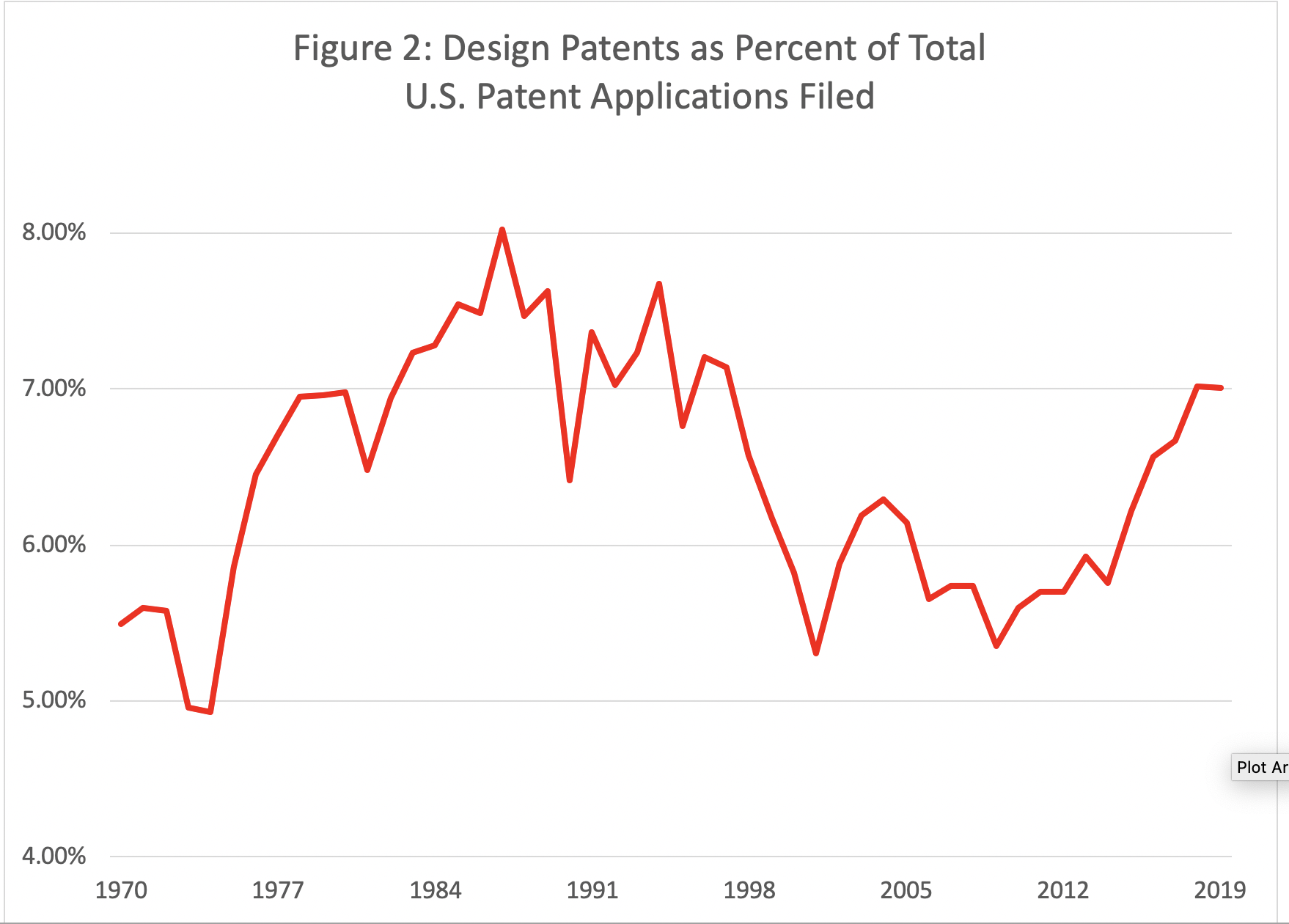 Given how useful a design patent can be and given the number of multinational corporations that routinely seek design patents, and further given that even in the computer-implemented method (i.e., software) world graphical user interfaces (GUIs) can be protected through design patents, the percentage of design patents to overall patents filed should be at an all-time high, not within historical norms.

What Qualifies for Design Patent Protection?

A protectable design consists of the visual ornamental characteristics embodied in, or applied to, an article. Take for example the different appearance between an ordinary steak knife from a butcher’s knife. In any knife there are typically be a handle and cutting blade. A design patent would not protect this mechanical structure or description, but rather will protect the specific appearance of the product. In this regard it is possible for many different knives to receive design protection even though the basic handle and blade configuration is well known and often repeated. The question for design patentability is whether the presentation or appearance of the functional item is unique.

Typically an inventor wants to protect the function of the invention when at all possible. This is because if you obtain a utility patent you will be able to prevent others from making, using, selling or importing into the United States any product that is functionally covered by the claims in the issued patent regardless of whether the device looks anything like what you are making or anything at all like the drawings in your patent application. For this reason, utility patents have been and always will be stronger, broader and more desirable to have than design patents. But what if you cannot get a utility patent because the underlying invention is not functionally unique? Your product looks different than anything else previously available, but it functions the same way and is structured the same way. Then you are in the realm of the design patent. 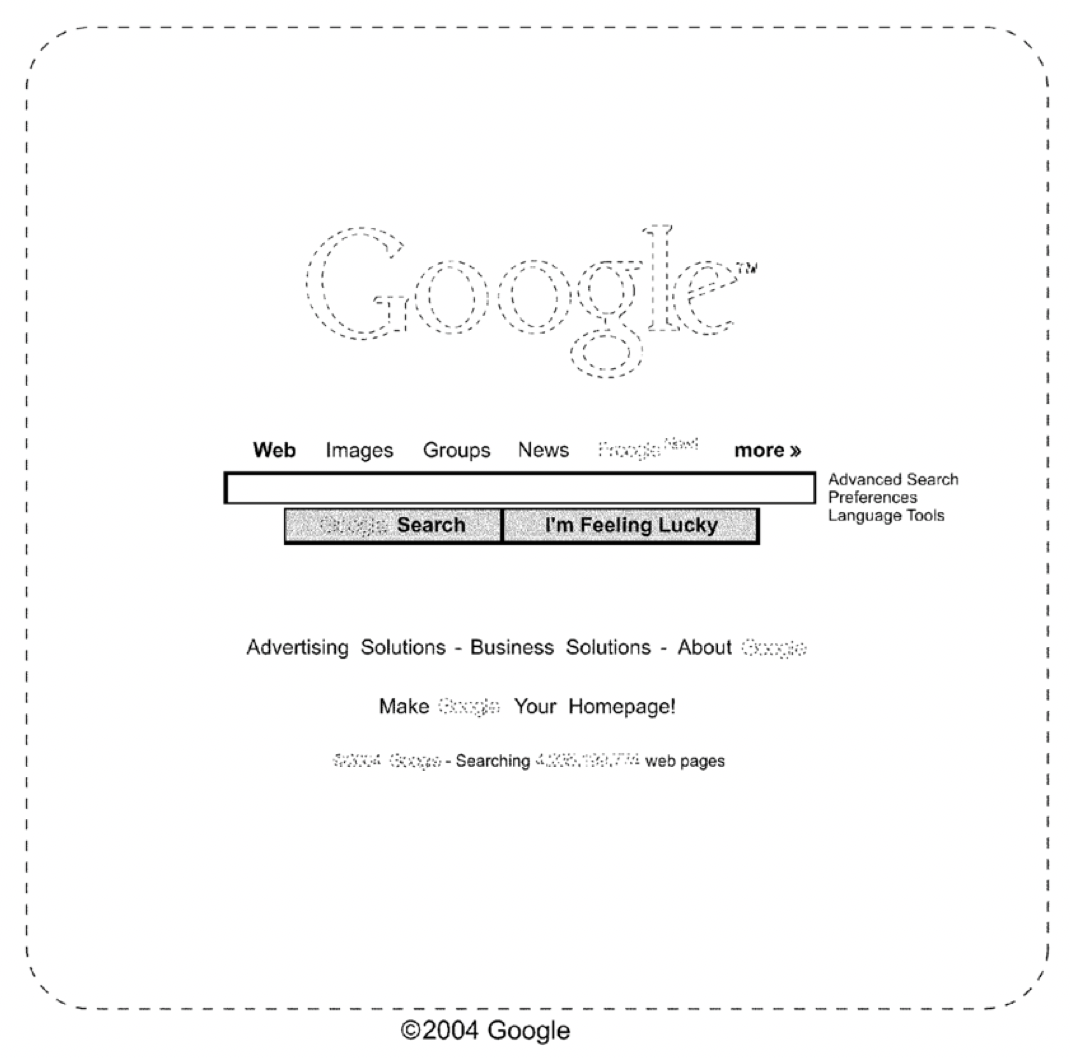 Additionally, consider design protection even if the functionality / structure of the article is unique and a utility patent is obtainable. If the article has a unique visual presentation both a utility patent and a design patent can be obtained. This overlapping protection can be quite important in a number of circumstances, particularly if the invention is likely to be the subject of interest by counterfeiters or other nefarious actors who seek to copy (or practically copy) the invention.

Furthermore, as mentioned already briefly, GUIs are protectable via design patent. For example, On September 1, 2009, Google obtained U.S. Design Patent No. D599,372, on an application filed March 6, 2006, which was a division of an earlier filed design patent application filed on March 26, 2004. This design patent is entitled Graphical user Interface for a Display Screen of a Commutations Terminal and covers the Google homepage. This type of protection, which will last for 15 years from the issue date of the patent, protects the look of the GUI and can provide at least some protection where the technical system description of what causes the GUI to operate may not be protectable in the U.S., particularly if it is a payment gateway. 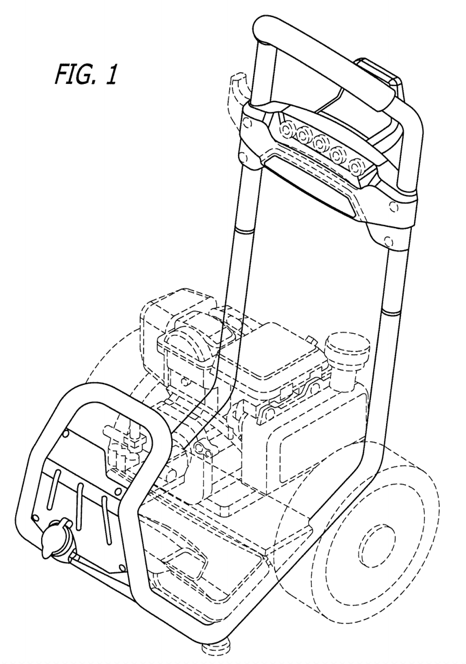 A good example is the pressure washer shown to the right, taken from Design Patent No. D733,373. This design patent will cover the way this power washer looks, not the function of a pressure washer. So, if someone makes a power washer that looks different, they would not be infringing this patent.

In general terms, a “utility patent” protects the way an article is used and works, while a “design patent” protects the way an article looks. Therefore, design patents are made up of drawings that show the invention and very little text. The drawings required include the following views: top, bottom, front, back, left and right. Each of these six views is required unless one or more repeats. A perspective view (shown to the left) can also be included and is frequently very helpful because the 2D design drawings can sometimes be difficult for some to process given we live in a 3D world.

Both design and utility patents may be obtained on an article if an invention resides both in its utility and ornamental appearance. For example, consider a sneaker. If you were to create a unique outward appearance for the sneaker you could seek and obtain a design patent. If the sneaker itself operated mechanically different, perhaps by dramatically reducing the impact felt by the wearer as the result of some unique material used in the sole, then the sneaker could also be protected by a utility patent because the invention would also include a functional component. A design patent alone would not protect any functional aspects of the sneaker.