Why and When Design Patents are Useful

“Because design patent infringement requires focus on the drawings in total to assess whether an ordinary observer would believe the accused infringing product to be a copy, it is far easier to demonstrate infringement, which makes the design patent right stronger.”

Simply said, the rights provided by one design patent will be extremely unsatisfactory. However, design patents must be considered because a design patent can in many instances be awarded in as few as six to nine months. If obtaining some protection is important for an overall marketing strategy, getting at least some protection quickly may be advantageous compared to waiting the two to three years it will likely take to obtain a utility patent.

Design patents have also become stronger than ever over the last 15 years thanks to an important decision by the United States Court of Appeals for the Federal Circuit in Egyptian Goddess v. Swisa. In this case the Federal Circuit significantly changed the design patent infringement test, choosing to adopt what is known as the “ordinary observer” test. This new test is widely accepted as making design patents more valuable because it is easier to prove infringement that it was before. The infringement test now asks the jury to look at the accused infringing product and then look at the design patent and determine whether the infringing product is a copy or not. Previously, the jury was supposed to focus only on the point of novelty, not the totality of the drawings in the design patent.

Because design patent infringement requires focus on the drawings in total to assess whether an ordinary observer would believe the accused infringing product to be a copy, it is far easier to demonstrate infringement, which makes the design patent right stronger. Of course, design patents are still susceptible to challenge as being invalid, and they still do not protect functionality, mechanical structure or operability, so having one is nice but having more than one is even better. Having more than one backed up by a utility patent is better still. 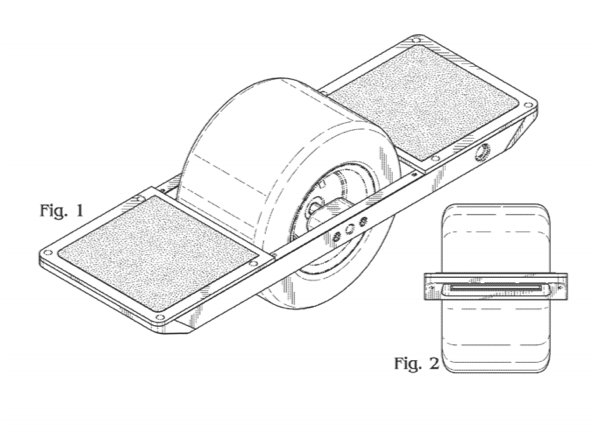 Another reason a design patent is useful is because there is a possibility of obtaining a temporary restraining order (TRO) to prevent infringement, which is not possible with a utility patent. The scenario goes like this— a design patent is issued covering a consumer product. That product captures the attention of copyists who attend a trade show with a knockoff device marketed under their own brand. If the owner has a utility patent that covers the product, a determination of infringement would require a claim construction, and a TRO is simply not going to be obtainable. If, however, a design patent is being infringed, the district court judge must only look at the design drawings versus pictures of the allegedly infringing device.

In fact, the United States Federal District Court in Las Vegas, Nevada handles requests for this type of TRO with some frequency, given Las Vegas is one of the more popular locations for trade shows. If the judge determines there is likely infringement, a TRO is ordered, and Federal Marshals are dispatched to confiscate the infringing products. This was precisely what happened with the hoverboard at the Consumer Electronics Show (CES) in Las Vegas in 2016. The owners had a utility patent — U.S. Patent No. 9,101,817 — but they also had a design patent — D746,928 (pictured above). It was the design patent that was successfully used to obtain a TRO and have the Federal Marshals confiscate the knockoff product, thereby effectively preventing the knockoff from obtaining any orders and allowing the true owners and inventors of the hoverboard to enjoy their justified exclusivity during this critical show.

While utility and design patents afford legally separate protection, the utility and ornamentality of an article may not be easily separable. Articles may possess both functional and ornamental characteristics. For that reason, inventors and their representatives should always ask themselves whether it is appropriate to simultaneously seek both a utility patent (to protect function and internal mechanical structure) and a design patent (to protect the way the article visually presents). 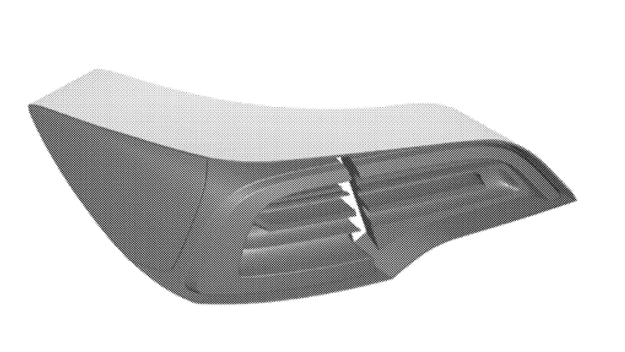 Furthermore, it is possible that a particular product may be constructed such that its unique appearance makes it uniquely suited for its designated purpose. The automobile industry has famously used design patents for this purpose to great effect. Auto accidents are an unfortunate and common occurrence. If automakers can keep secondary market suppliers from entering the repair marketplace, they are able to supply original equipment at substantially higher prices than would otherwise be obtainable if secondary suppliers were allowed market access. One way for original equipment manufacturers (OEMs) to prevent entry of secondary players into the market is through design. Automobile companies will obtain design patents on taillights (see below Design Patent No. D791,377 to Tesla on a taillight), headlights, hoods, doors, seats, fenders, wheels, and virtually anything that could be replaced. Many automakers obtain design patents on the entire look of new vehicles. This very effective use of design patents prevents the secondary market from entering until the design term expires—if you want to make a taillight for a Tesla, you would need to make it to fit the contours required, which would mean you would have to infringe.

Design patents are filed by the likes of automakers such as Tesla, Inc., Ford, General Motors and many others; by apparel makers like Nike and Adidas; by multinational tech companies like Apple, Samsung Electronics, Google and LG Electronics; and for consumer products giants like Procter + Gamble, Black & Decker, and Colgate-Palmolive. That being the case, why aren’t they more sought after by smaller companies? A good question without an obvious answer.