“[The PCT’s] extended time period is not ideal for inventions with a limited shelf-life, but when the innovation may not prove to be worth the investment to protect it, you are giving yourself time to determine where you really want to seek patent protection and enter the national phase only in those handful of countries that makes sense to pursue.” 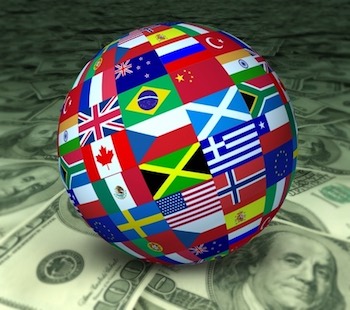 Determining where to seek patent rights is an important and expensive decision. If you know you are going to want international patent protection, the best, most cost-effective course is to file directly in those countries. This direct filing strategy does not utilize the Patent Cooperation Treaty (PCT), but instead leverages direct filings in countries of interest. For well established companies in mature markets, this can be an effective strategy. For immature markets, new companies, or even mature companies entering immature markets, it is difficult to know where patent protection will be necessary, which makes an international patent application filed pursuant to the PCT a highly effective strategy.

Pursuing the international stage of the PCT for a full 30 months is particularly useful if the innovation is early-stage or encompasses basic scientific research that will need to be translated into a commercially useful innovation or be scaled in order to be economically or even scientifically feasible. In these scenarios, so much can go wrong from scientific breakthrough to commercially useful invention that it does not make sense to spend vast sums of money early in the process, or to try and speed up the process, when the invention may still fail to prove itself.

Because the international process can be strung out to 30 months from the date of earliest priority filing (which would be 18 months after the filing of the international application if you first filed a national stage application and then subsequently filed an international application at 12 months), that gives you a lot of time to determine whether the invention is worth pursuing, and where it makes sense to seek patent protection. This extended time period is not ideal for inventions with a limited shelf-life, but when the innovation may not prove to be worth the investment to protect it, you are giving yourself time to determine where you really want to seek patent protection and enter the national phase only in those handful of countries that makes sense to pursue.

Know Your Invention—and Your Market

Typically, there are a logical set of countries where maximum market opportunity exists, and you would pursue protection in those countries. Popular places to get protection for many inventions are the United States, United Kingdom, Germany, Japan and China. While China does not have a stellar historical reputation for protecting IP rights yet, they have improved rather dramatically over the last several years. Given the length of the patent term and the huge market China offers, it might be worth the cost. Of course, doing business in China (which goes beyond the scope of this article) is generally accepted to require a presence in China, with people on the ground, or at least trustworthy advisors who know the local market and political realities. India may also be of interest given the size of the market as well, although the standard of living in India is so low for so much of the country that it is not really an active market for many inventions.

This so far leaves out many countries where protection may be advantageous. The Netherlands is an increasingly important jurisdiction because of the ability to obtain an injunction and the port at Rotterdam. South Korea is an important jurisdiction for many high-tech innovators because several large multinational corporations are located there. To make an educated determination, it is imperative for the decision maker to really know both the innovation, the marketplace, and the legal and business ecosystem, all of which will drive the analysis.

For example, let’s say that your invention is a universal translator that you can clip onto your ear or listen to through headphones. Let’s further say that the invention takes any language and translates it instantaneously into English. Stop and ask yourself where the market for the invention is. If it translates into English, those countries where the native language is English would likely provide the best markets, so you are thinking of the United States, UK, Canada and Australia. You may also want to consider whether there is a market potential for using this innovation as a teaching aide to learn English. If the answer is yes, then that would greatly influence the countries where the invention would be appropriate. Furthermore, market research may be worthwhile to determine whether the invention is one that would be purchased by English speakers in their home country, or whether it is the type of thing that might be best sold in tourist locations, or to tour operators. Of course, you should also ask yourself whether the invention could be reconfigured so that it could translate into other languages as well.

By understanding the market, channels of commerce, the invention, and ultimately, the business and legal environments where protection can be obtained, the matrix of possibilities will become limited naturally. It will further become limited by market size, economic potential and budget. So, obviously, consider protecting the invention in the largest markets that offer the highest potential economic opportunity – even if that means foregoing the home jurisdiction of the applicant.

For more on this topic see the following articles: