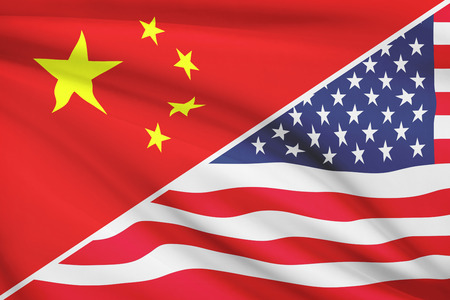 On Wednesday, December 6th, the World Intellectual Property Organization (WIPO) released statistics on worldwide filing activities for patent, trademark and industrial design applications for 2016. One clear takeaway from the data released by WIPO is the growing dominance of China as a forum for patent application filings, underscoring the growing dichotomy of current patent policy regimes between China and the U.S. and how well either country is incentivizing innovation.

The fact that overall U.S. patent applications have gone up even as foreign filings have gone down makes little sense to Erick Robinson, Director of Patent Litigation for Beijing East IP. “Foreign patents are more valuable than U.S. patents these days,” Robinson said, noting the difficulties many patent owners face in enforcing a patent in the United States. “My theory would be that company budgets for patent filings are probably going down largely as a result that patents in the U.S. are worth very little these days, so companies cut budgets for patent prosecution. One of the first things they cut is foreign patent filings. From a strategic sense, I think that’s wrong, but that’s what I think happens.” Robinson noted that he’s been advising most of his U.S. clients to file patent applications in China first, even those U.S. inventors who have no relationship to the Chinese market, because China is a more valuable market right now. In certain sectors like software, inventors are more likely to get a patent issued in China than the United States or Europe. “My guess is that what we’re seeing is just a general malaise and when you have that, budgets get cut. What gets cut is, ironically, not the things causing the malaise but which may be one of the few bright spots.” Robinson opines that inventors who aren’t even considering selling their product in China should definitely patent in China because Chinese competitors will undoubtedly sprout up. “Anyone who’s not considering China is an idiot,” Robinson said.

However, WIPO’s 2016 patent application statistics do reflect how the Chinese federal government has been working to create incentives to innovate and get Chinese innovators to file more patent applications. It will likely be another year before WIPO releases global patent application statistics for 2017 but it can be assumed that actions taken this year by the Chinese government will continue to encourage more patent application filing activities in that country. Late in 2016, China announced revised patent examination guidelines which relaxed barriers to patents for software and business method technologies and those revised guidelines went into effect this April. This July, SIPO announced new regulations which created streamlined processes for the examination of patent applications in certain fields including Internet, big data and cloud computing.

Innovation-friendly policies have also been followed by similar rhetoric being issued from the highest levels of China’s national government. This July, Chinese President Xi Jinping issued remarks at an important national economic conference that “IP infringers will pay a heavy price.” This September, Chinese copyright regulators issued statements to domestic and foreign firms in the music industry that they should be complying with international licensing standards in order to reduce copyright piracy. Even major Chinese firms like the e-commerce entity Alibaba have called this year for tougher IP policies, such as criminal sanctions against those who contribute to counterfeiting operations.

Chinese policy and rhetoric has been followed by various activities in that country which have been very friendly to IP owners. Through last July, foreign plaintiffs bringing suits to China’s special IP courts in Beijing won 100 percent of their cases for a perfect 65-0 record. This August, American athletic apparel firm New Balance won $1.5 million in a trademark infringement case filed against Chinese nationals. Although that’s a small amount compared to trademark damages awarded in other jurisdictions, it’s multiples higher than the maximum statutory damages for trademark infringement, a total which had even been raised by the Chinese government in recent years. Stronger copyright enforcement in China seems to be aiding licensing deals, at least in the book industry, as this August’s 2017 Beijing International Book Fair saw a nearly 5 percent increase in licensing deals compared to last year.

By increasing the chances that Chinese domestic firms will be able to obtain patents in software, business method and related fields, those entities will become more familiarized with the patent system and should become better filers of high quality patent applications in a global context. Many of these same firms are looking at the fortunes of growing Chinese tech giants like Huawei, the smartphone company which filed the most Patent Cooperation Treaty (PCT) patent applications in 2015. A working paper on mobile phone royalty rates issued this year by the Hoover Institution Working Group on Intellectual Property, Innovation, and Productivity (Hoover IP2) indicates that Huawei’s massive patent portfolio, which includes thousands of applications, helps that entity earn about 30 percent of all patent revenues earned by Chinese companies.

The current patent regime playing out in the United States could not look more different when compared with the recent actions being taken by China. It’s no secret that, over the past decade, there has been a concerted effort playing out between the Executive, Legislative and Judicial Branches of the U.S. federal government which has been deleterious to the rights of patent owners to the point that our nation now ranks 10th, tied with Hungary, in terms of patent rights according to the U.S. Chamber of Commerce’s 2017 IP Index. Although the U.S. may still have a massive lead on China in terms of foreign patent application filings, that gap is tightening slightly at the same time that the total number of Chinese patent applications filed has greatly outpaced anything American innovators can achieve under the current regime. And so, although it may make efficient infringer ally and patent troll Rep. Darrell Issa (R-CA), chair of the House IP Subcommittee, chortle with zeal to have it suggested, but it continues to look like there are lessons that the American patent system should be learning from the Chinese government if our country’s leaders want to honestly protect the rights of patent owners in our own country.