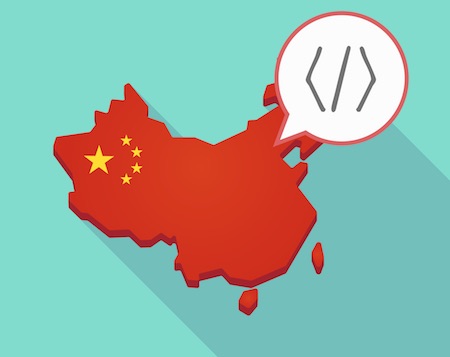 Patents directed at software and business methods have taken a real wallop over the past few years by the U.S. legal system. The U.S. Supreme Court’s June 2014 decision in Alice Corp. v. CLS Bank International has cast a pall over the entire software sector and has resulted in very inconsistent rejections under Section 101 of patent law by patent examiners at the U.S. Patent and Trademark Office. Congressional passage of the America Invents Act of 2011 created the Patent Trial and Appeal Board (PTAB) where business method patents can receive further scrutiny through covered business method (CBM) reviews. But the Alice decision does not extend to China, where the patent landscape is quite different and more positive for innovators.

Given this trend towards delegitimizing the patentability of inventions within valuable growth sectors in the U.S., it’s particularly galling to see that China, often portrayed as the United States’ top economic competitor, has been moving in the opposite direction, even if only slightly. Last October, China’s State Intellectual Property Office (SIPO) released revised guidelines for its patent examiners and some were quick to note that the revised guidelines were friendlier to both software and business method patents.

On March 1st, an article published on LinkedIn by a partner at ZY Partners, a Beijing-based law firm that has been offering analysis on the updated SIPO guidelines, gives some updated guidance on the likely effects of the revisions on patent examination procedures at SIPO. Of greatest interest is the fact that the guidelines, set to go into effect on April 1st, continue to leave the window open for software and business method patents. For software patents, patent applicants will be able to claim a medium plus computer program process instead of claiming means plus function, a term which has typically been narrowly construed by SIPO examiners. As ZY Partners’ analysis notes, previously ineligible claims directed at “a computer program product” or “a machine-readable medium” will now be eligible for patent protection in China.

For business methods, claims relating to business models which include a technical feature in addition to business rules or methods will be patent-eligible under the new guidelines. Much like with software inventions, the new rules do not open the door wide open to all kinds of business methods, but they do crack the window of opportunity open a bit more for obtaining a business method patent in China. According to ZY Partners’ analysis, it should become more common to see any examiner rejections for business method patent applications focus on lack of novelty or inventive step compared to prior art rather than dismissing the subject matter outright as ineligible for patent protection.

Another aspect of the revised SIPO patent examination guidelines which provides a near photo negative of the U.S. patent system is a loosening of rules regarding claim amendments which can be made during an invalidation procedure. The revised guidelines will allow applicants to amend claims by incorporating limitations from other claims as well as to correct obvious errors in the claims. Previously, applicants have only been able to delete claims, combine them or delete technical solutions in an attempt to protect claims during an invalidation procedure.

Back in the U.S., the USPTO seems to almost feel a sense of glee at steamrolling motions to amend filed in cases before PTAB. Official statements published online by the acting chief administrative patent judge at PTAB last May indicated that the one-year limit to PTAB proceedings doesn’t provide enough time for a “back-and-forth” which is possible through the original patent application prosecution process. However, given that nearly 80 percent of motions to amend which are reviewed by PTAB are denied due to the unpatentability of the proposed claim amendments, the fact that the time crunch posed by PTAB proceedings is the major reason cited for the low numbers of motions to amend which are granted makes the entire process look capricious and unfair.

ZY Partners’ analysis of the SIPO guidelines points to greater flexibility in other areas of Chinese patent law. For chemistry inventions, patent applicants will now be able to submit experimental data after the patent application filing date, though that data can only be used to prove technical effects claimed in the original disclosure and not add to the subject matter claimed by the patent application. Public transparency is also greatly impacted by the new rules which will allow members of the public to review and copy application documents including office actions, search reports and SIPO decisions issued before a patent is granted. Given the growing success for foreign plaintiffs in China’s recently established intellectual property courts, it seems clear that innovators in the software and business method sectors should give China more than a passing glance when considering which market offers the best chances for monetizing a patented technology.