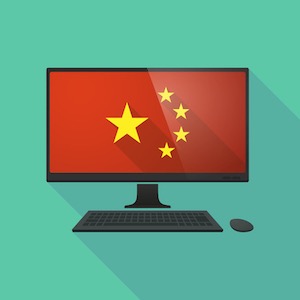 In late October, China’s State Intellectual Property Office (SIPO) released a set of guidelines for Chinese patent examiners that revises the last guidelines put in place in 2010. Although SIPO has made the revised guidelines available online in the Chinese language only, analysis of those guidelines by the European Patent Office (EPO) and others indicates that, in some important ways, the new guidelines represent a veritable inverse of the current patent examination environment seen here in the United States.

According to the EPO, the draft guidelines amend aspects of China’s rules on substantive examination including rules and methods for mental activities (Part II, Chapter 1, Paragraph 4.2). Part II, Chapter 1 of previous Chinese examination guidelines, titled Inventions-Creations for Which No Patent Right shall be Granted, reflects similar ideas on unpatentable subject matter seen in U.S. federal code by Title 35 U.S.C. § 101, which outlines the minimum requirements as to what kind of inventions can be patented. Similar to how U.S. patent law does not recognize scientific laws or basic mathematical algorithms to be patentable material, the Chinese patent office does not grant patents for scientific discoveries, methods for diagnosis or treatment of diseases as well as animal or plant varieties, among other things. According to coverage of the recent draft guidelines published by Bloomberg BNA, changes to Chinese patent examination guidelines affect language which has been used by examiners in that country to throw out patent applications for computer programs.

Invention applications directed towards business methods are also viewed in a friendlier light in the new Chinese patent examination guidelines. India IP legal firm Khurana & Khurana has published English language translations of some parts of the revised guidelines. Specific to business methods, the proposed draft reportedly reads: “Claims related to business methods that contain both business rules and methods and technical characteristics, shall not be excluded from the possibilities of obtaining patent rights by Article 25 of the Patent Law.” Article 25 codifies the unpatentable subject matter outlined in Chinese patent examination guidelines mentioned above.

Of course, these moves are in stark contrast to the environment surrounding software patents here in the United States. The U.S. Supreme Court’s unanimous 2014 decision in Alice Corporation v. CLS Bank International declared certain software to be unpatentable subject matter and that has led to a spate of Alice-related patent application rejections from examiners at the U.S. Patent and Trademark Office, some of which grossly misapply the Supreme Court’s standard in Alice. Many of these rejections have continued despite a U.S. Court of Appeals for the Federal Circuit (Fed. Cir.) decision this May in Enfish, LLC v. Microsoft Corp., in which Fed. Cir. reversed a summary judgment issued in district court that had found patents related to a self-referential database as ineligible subject matter under Section 101. Mainstream views of software patents have further been tainted by well-funded efforts from at least one highly recognizable tech investor to eliminate software patents.

Business method patents have also been under fire in recent years, even before passage of the America Invents Act of 2011 (AIA). In an effort to curb patent litigation abuses, the AIA did established the USPTO’s Patent Trial and Appeal Board (PTAB) and created covered business method (CBM) review proceedings, bringing business methods under even further assault. A CBM proceeding can be used to invalidate patent claims directed at a method or a corresponding apparatus for performing data processing related to the practice, administration or management of financial services. The PTAB has been criticized for initiating CBM proceedings on patents that are clearly technical in nature, such as those covering a graphical user interface (GUI), and the Federal Circuit has recently slammed the PTAB for defining practically every patent as a CBM patent.

In light of the new Chinese examination guidelines and further in view of what is transpiring in the United States, business method patent owners would seem better off focusing their resources on their Chinese IP assets rather than seeking U.S. patents.

Patents covering chemistry inventions are also affected by the new patent examination guidelines in China. Analysis of the new guidelines completed by legal professionals at Beijing-based ZY Partners notes that proposed revisions so that experimental data regarding chemistry inventions can be submitted after the patent application filing date. According to the legal analysis, the greatest significance of this change would be felt during post-grant patent invalidation challenges in which such experimental data is not permitted for submission.

Revisions found in the new Chinese patent examination guidelines update sections on processes for patent invalidation (Part IV, Chapter 3). Specific paragraphs being amended are directed at causes for invalidation, evidence presented by the petitioner, claim amendments and restrictions to claim amendments. According to ZY Partners’ analysis, the revisions introduce some flexibility for patent owners who want to amend claims during an invalidation procedure, allowing them the ability to correct obvious errors or incorporate limitations from other claims. Bloomberg’s coverage of the new guidelines notes that these new amendment rules could potentially be friendly to patent assertion entities (PAEs), which again would fly in the face of the official U.S. position on such entities in light of the Federal Trade Commission’s (FTC) recent report on PAE business models.

A few other changes are proposed to Part V of Chinese patent examination guidelines regarding patent application processing and related procedural matters. EPO reports changes to Chapter 4, which relates to patent application files, as well as Chapter 7, which relates to time limits and procedural suspensions. In Chapter 4, proposed changes would affect language on patent application file contents which are allowed for consultation and photocopying. ZY Partners indicates that the revisions increase the public’s ability to review office actions and other SIPO decisions made prior to granting a patent. Chapter 7 revisions have been made to paragraphs concerned with time limits of suspension either for execution assistance of property preservation or invalidation procedures. ZY Partners reports that the revisions limits procedural complexity by providing patent prosecution suspension as a tool to prevent court actions from escalating out of control.

If the new patent examination guidelines draft is adopted as it is reportedly written, China is about to become friendlier to software patents in particular and patent owners more generally by reducing the complexity of prosecution procedures and making more information publicly available. Given the large number of patent applications being filed with China’s patent office, a high percentage of which are not filed with foreign offices as well, and the growing preference for China as a patent infringement litigation venue, it’s likely that these new guidelines are further proof of the growing divide of IP regimes in the United States and China which, if left unchecked, will probably be to the detriment of the U.S. and its economic prospects in future years.