China increasingly a preferred venue for patent litigation, even for US patent owners

If these patent granting and litigation trends continue, we could be left with the rather mind-numbing conclusion that China… has a more robust innovation protection regime than the United States… 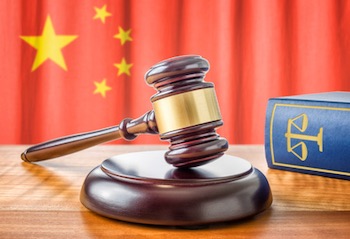 In early November, Canadian intellectual property licensing firm WiLAN (NASDAQ:WILN) filed a patent infringement suit against Tokyo, Japan-based electronics developer Sony Corp. (NYSE:SNE). WiLAN’s suit reportedly alleges that smartphones marketed by Sony infringed upon wireless communications technology owned by WiLAN. Of major interest in this case is the choice of legal venue. WiLAN brought its suit against Sony in China, a market which is foreign to both companies.

The fact that two foreign entities would be fighting out a patent dispute in Chinese courts points not only to the strength of the consumer market in that country,[1] but the reality that the United States is losing favor as the jurisdiction of choice for patent owners seeking to resolve matters of alleged infringement.

In November 2014, the Chinese government announced plans to open a series of intellectual property courts in response to accusations from foreign firms that the country was lax in protecting IP rights. And the plan appears to be working. The message is being received by patent owners around the world, including those with large U.S. patent portfolios, that China is a reasonable and fair place to resolve patent disputes. Indeed, patent owners are increasingly becoming more comfortable choosing China as a venue, with some saying off the record that they would have no reservations whatsoever about bringing a patent infringement case in China so long as the infringer is not a Chinese corporation. In fact, given the long standing hostility and distrust between the Chinese and Japanese, there may be significant strategic reasons for patent owners to specifically bring patent infringement lawsuits against Japanese corporations in Chinese courts.

Aside from any anecdotal evidence and cultural bias theories, it is also hard to ignore the reality playing out inside the Chinese IP courts. Foreign patent holders have been having a great deal of luck in China’s IP courts, at least at the courthouse situated in Beijing. This July, Intellectual Asset Management reported that foreign plaintiffs won 100 percent of lawsuits at Beijing’s IP court, claiming victory in a total of 65 cases. Indeed, although the Chinese government is often seen as protecting domestic interests, a 2016 report on patent litigation in China released by the Santa Clara University School of Law concluded that “our findings tend to suggest that, to the extent Chinese leaders hoped that stimulating the national patent system would result in widespread protectionism, their hopes were misplaced.” The Santa Clara Law researchers found that foreign firms filed 10 percent of the patent litigation suits in China and won 70 percent of those actions.

China might also be a preferred venue for patent infringement litigation based in large part upon the speed with which verdicts are returned by its IP courts. An article published this April by China Daily reported that the average time from suit filing to verdict at Beijing’s IP court was 125 days. By comparison, European suits take an average of 18 months for a patent lawsuit to be resolved. In the United States, the median time to trial in patent litigation cases is 2.4 years and this figure has been increasing in recent years according to a 2015 patent litigation study released by consulting firm PwC.

Yet there continues to be great concern over the fairness of the Chinese market to those holding U.S. IP rights. The USPTO’s report on patent enforcement activities in China identified a number of concerns voiced by U.S. patent owners, such as instances of Chinese firms obtaining utility patents covering technology already sold by U.S. rights holders to assert against U.S. companies. The report also identifies inefficiencies at China’s food and drug agency affecting the ability to market pharmaceuticals and Chinese law which prevents infringement suits from being filed against manufacturers who are producing for export; Chinese law requires proof of sales in China to bring a patent infringement suit.

One American company experiencing this conflict between enforcing patent rights and dealing with Chinese protectionist activities is San Diego, CA-based semiconductor developer Qualcomm (NASDAQ:QCOM). Qualcomm has actually been sued by the Chinese government over the company’s patent licensing activities involving mobile handset technologies. In February 2015, Qualcomm was ordered to pay $975 million in antitrust fines for violating the country’s anti-monopoly law. Part of Qualcomm’s settlement with the Chinese government included a rectification plan which governs how Qualcomm can negotiate licenses with Chinese firms and how much it can obtain in royalties based on the net selling price of mobile devices. Recent news of Qualcomm filing patent infringement actions against Chinese smartphone maker Meizu with the U.S. International Trade Commission and a pair of European courts could be an indication that Qualcomm is pushing back against China’s government-ordered licensing arrangement.

The number of patents being issued by China’s patent office is on the rise right alongside with the amount of patent litigation in that country’s courts. A report issued in December 2015 by the World Intellectual Property Organization indicated that an increase in global patent filings through 2014 was largely caused by increased filings in China, which received 928,177 patent application filings that year. In second place was the United States, where 578,802 patent applications were filed. China’s also saw the second-fastest increase in patent application filings, a growth of 12.5 percent over 2013.

2015 saw China take the crown from the United States in terms of patents granted each year. In that year, China granted 359,000 patents while the U.S. only issued 298,407 patent grants, making China the top nation in the world in terms of patents granted. While Capitol Hill continues to debate the merits of patent system reform, which would only increase the difficulties of enforcing patent rights, Beijing has pivoted towards a position of promoting IP rights and enforcement mechanisms.

If these patent granting and litigation trends continue, we could be left with the rather mind-numbing conclusion that China, a country ruled by a communist government, has a more robust innovation protection regime than the United States, an ostensibly capitalist country that doesn’t seem to see the virtue in protecting the rights of innovators.

[1] A report on patent enforcement published by the U.S. Patent and Trademark Office notes that in 2010, exports from the U.S. to China grew to $113 billion in goods, an increase of 33 percent over 2009’s totals.