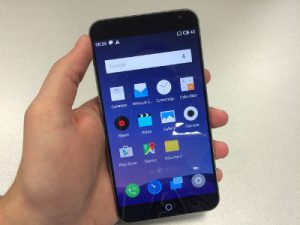 American semiconductor giant Qualcomm (NASDAQ:QCOM) has been taking actions in recent months against a Chinese smartphone developer whose stature has been on the rise. In a press release dated October 14th, Qualcomm announced that it had filed a complaint with the U.S. International Trade Commission (ITC) against Meizu, a portable electronics manufacturer founded in 2003 and headquartered in the Chinese city of Zhuhai. Along with the ITC complaint, Qualcomm also filed a patent infringement action against Meizu in Germany’s Mannheim Regional Court and initiated a infringement-seizure action in France to begin collecting evidence for a potential future patent infringement action in that company.

This is not the first time that Qualcomm has targeted Meizu over patent infringement concerns this year. This June, Qualcomm filed a complaint at the Beijing Intellectual Property Court requesting that the court issue a ruling on the terms of a patent license offered by Qualcomm to Meizu for technologies patented in China relating to 3G and 4G wireless communications. Qualcomm states that, while it negotiated in good faith with Meizu, the Chinese firm refused to accept a rectification plan which has already been accepted by 100 companies. According to a Law360 report, the recent Qualcomm legal actions are related to June’s patent infringement action in China.

The rectification plan offered by Qualcomm to Meizu was one which the American chip developer submitted to China’s National Development and Reform Commission (NDRC) in February 2015. The rectification plan governs how Qualcomm is able to license its technologies in the wake of being found guilty in Chinese courts of breaking that country’s Anti-Monopoly Law through its patent licensing activities. The plan requires that Qualcomm license its 3G and 4G patents separately from its other patents and limits royalties to 5 percent for 3G devices and 3.5 percent on 4G devices which do not implement either CDMA or WCDMA channel access technologies. Qualcomm can use a royalty base of 65 percent of the net selling price of the device to make the determination on the proper amount of royalties. Qualcomm also agreed to pay a $975 million fine for violating terms of the Anti-Monopoly Law.

At the same time that Meizu has increasingly come under Qualcomm’s crosshairs, it has reaching a strong position in a smartphone market that could slow in the coming years. From 2014 to 2015, Meizu increased its smartphone sales by 350 percent, rising from 4.4 million units sold in 2014 up to 20 million units sold in 2015. A 2016 smartphone sales forecast released this June by semiconductor market research firm IC Insights predicts that Meizu will sell 26 million units, a 29 percent increase over the company’s 2015 sales. That forecast places Meizu 11th overall among smartphone companies, far behind giants like Samsung and Apple but creeping up on Asian competitors like Lenovo (forecasted 2016 sales of 55 million units) and LG (57 million units).

It’s not clear but it seems that Meizu phones could wind up in the possession of U.S. consumers in the coming years. Online media was ablaze this February with reports about Meizu phones being offered online by American no-contract wireless service provider US Mobile, although the offer was swiftly taken down over a possible legal challenge that US Mobile was working through an importing company and not directly with Meizu or Xiaomi, another Chinese smartphone maker whose products were also offered. An analysis piece published by Forbes indicated that phones by either manufacturer could enter the U.S. market soon, but the patent squabble with Qualcomm would seem to increase Meizu’s headwinds in this regard.

If Meizu wants to fight back against Qualcomm’s patent infringement assertions, it may be able to do so with the help of financial resources from a corporate partner with deep pockets. In February 2015, Chinese e-commerce titan Alibaba Group (NYSE:BABA) announced that it had made a $590 million investment in Meizu. As part of the deal, Meizu phones integrated Alibaba’s Android-based Yun OS, which Alibaba has developed for smartphones and smart TVs.