The Anatomy of a Bogus Alice Rejection 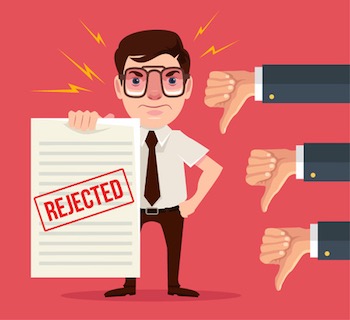 I know there are a lot of good patent examiners at the Patent Office, and my guess is that if most patent examiners knew what was passing for an Alice rejection they would be both shocked and embarrassed.

The typical Alice rejection given by a patent examiner is about as bogus and intellectually dishonest as anything you could possibly imagine. See Are examiners instructed to issue frivolous rejections? This is widely known and understood by those who practice in the area, and I suspect it is well known within the Patent Office. But rather than simply call Alice rejections bogus let’s take a look at what passes for “logic” within an Alice rejection.

After a complete reversal by the Board, on June 14, 2016, Application No. 12/904,217 was reopened for prosecution. On March 2, 2016, the Board had reversed the examiner with respect to all claims, finding the obviousness rejections inappropriate. Undeterred, TC Director Rinaldi Rada ordered prosecution reopened to issue Alice rejections.

In the Office Action reopening prosecution after a victory at the Board, the patent examiner explained:

The claims do not include addition elements that are sufficient to amount to sufficiently more than the judicial exception because the additional elements when considered both individually and as a combination do not amount to significantly more than the abstract idea and are simply a generic recitation of a computer and a computer network performing their generic computer functions. The claim amounts to no more than stating create a sales transaction on a computer and send it over a network.

A rejection like this is abusive whenever it comes, but that TC Director Rada specifically authorized it after a complete victory by the applicant at the Board is hard to justify.

Circular Logic: Abstract Because it is Abstract

This type of Alice rejection, which is very common, is structurally the same type of dismissive directive parents give to small children all the time. It goes something like this:

Mother: “Don’t play in the street.”

Mother: “Because I’m your mother and I said don’t play in the street.”

The Alice equivalent of this “how dare you ask me, I’m your mother” simply says what you’ve claimed is abstract because it is abstract, period. Clearly, a conclusory rejection like this without any real explanation does not satisfy the examiner’s prima facie burden to articulate a valid reason to reject. After all “because” is not a reason.

Second, Enfish says that the fact that an invention runs on a general computer does not mean that the claims are patent ineligible. Enfish guidance was given by the USPTO to examiners 4 weeks prior to this Office Action, but doesn’t seem to be applied or internalized by the examiner, or TC Director Rada.

Excuse me from thinking that if Enfish had reached a contrary conclusion it would have been cited it to support the rejection. Ignoring decisions that support the applicant is a way of life in certain Art Units at the Patent Office.

Clearly NOT a Generic Computer

If the examiner doesn’t understand what is being claimed here then she shouldn’t be examining applications dealing with computer technologies.

Finally, concluding that the claims amount to no more than “stating create a sales transaction on a computer and sent it over a network”, is practically fraudulent.

I realize that patent examiners do not read the specification. I realize that in the time I’ve reviewed this application to write this article I’ve spent more time reviewing the specification than the examiner likely did. But you simply cannot reject an applicant because you choose to ignore the specification and instead pretend that the words used in the claims are somehow disembodied from any greater meaning or explanation. [1]

If only the patent examiner would have read the ‘217 application she would have realized the claims cover more than a generic sales transaction over a network. Without reading what the applicant files and instead reaching absurd and unsupportable conclusions is a travesty of justice. That such an absurd rejection comes only after a complete reversal by the Board makes it seem vindictive and harassing.

When you don’t read the specification you cannot possibly understand the innovation and any claim interpretation will be hopelessly wrong. Still, the examiner concluded that the claims were so defective on their face that the decision of the Board had to be ignored and prosecution reopened.

But if the claims were that defective shouldn’t the Board have noticed?

Should examiners who are not lawyers be routinely ignoring rulings from the Board, which is made up of a distinguished panel of three Administrative Patent Judges who are lawyers? If a panel of three expert APJs on the Board didn’t notice a problem with the claim should a single patent examiner be able to essentially overrule the Board and substitute her own decision for that of the Board? That doesn’t strike me as an appropriate way to run an administrative agency.

Why Didn’t the Examiner Reject Earlier?

If the claims merely covered “stating create a sales transaction on a computer and sent it over a network,” as the examiner claims, then the claims would have lacked patentable subject matter even under Bilski v. Kappos. But the examiner did not reject the claims under Bilski, which the Supreme Court decided in June 2010, which was over 18-months before the first non-final rejection issued by the examiner in January 2012. In short, if this examiner really thought these claims only covered a generic sales transaction over a network she had ample opportunity to reject the claims as lacking patent eligibility well before now. Instead, this bogus “reasoning” is applied and Alice cited only after she has been completely reversed by the Board. How convenient!

The fact that this rejection wasn’t given before makes it feel like this is just part of a larger war of attrition against certain patent applicants. Stretch out the prosecution for as long as possible and eventually they will go away, which unfortunately is exactly what typically happens.

No Improvement Means it is Abstract?

The most insulting aspect of this rejection is where the patent examiner concludes, without anything other than her opinion, that the claimed invention does not improve the technology or technology field, or to the functioning of a computer itself. The examiner says the lack of an improvement supports her conclusion that the claims are abstract.

Putting aside the absurdity of calling a payment gateway abstract, is it actually possible a novel and non-obvious invention to be abstract? The Board has already reviewed these claims and has found the examiners obviousness rejections to be inappropriate. So how is it possible that something that has been claimed concretely enough to evaluate for novelty and non-obviousness could ever be abstract?

I realize that both the Supreme Court and Federal Circuit have found it unnecessary to define the term abstract, but it is actually defined as: “thought of apart from concrete realities, specific objects, or actual instances: an abstract idea.”

If a claim is so separated from “concrete realities” and “specific objects” how could this examiner have ever evaluated whether it was novel and non-obvious? How could the Board have concluded that it was non-obvious and that the examiner was wrong?

Furthermore, are we really supposed to believe that any patent examiner could think a new and improved payment gateway that verifies that the party seeking to charge an account actually has authority to charge the account during in-game play isn’t an improvement? I’d think even the most befuddled and sheltered among us would be familiar with growing problem of identity theft and the need to have verification systems. The importance of a convenient payment gateway that verifies purchases but which isn’t so cumbersome that it deters commerce would seem self-evident. Apparently not.

In the real world collecting money and getting paid are not abstract concepts. Creating an electronic system that verifies that the person trying to authorize the transaction has authority to bill that transaction to a mobile account streamlines the purchase and billing processes, which results in MORE commerce. Clearly, this improves the functioning of payment systems and it is perplexing how anyone who works with computer technologies couldn’t understand that.

This leads me to wonder, does this patent examiner think that vendors getting paid and a system that facilitates increased levels of streamlined commerce are abstract? I wonder whether she has direct deposit and considers the system that puts money into her account on payday is abstract. I bet she understands that her getting paid is a tangible concept, as are the funds that arrive in her account. I bet if a paycheck were to mistakenly get routed to another account because of a failed verification that wouldn’t feel so abstract.

Simply stated, there is nothing abstract about this innovation, yet in the infinite wisdom of both the patent examiner and TC Director Rada, this claim is so defective on its face that they needed to save the public from the incompetence of the Board.

Funny, the Board seems to be comprised of the most brilliant legal minds on the planet when they are stripping patents away from patent owners. Odd how the same Board all of the sudden becomes a bunch of blabbering impotent idiots when they don’t see any valid reason to prevent a patent from issuing to an applicant.

[1] This is not to suggest that I think any fair reading of the claims could lead an intellectually honest examiner to reach this absurd conclusion. But if this examiner had read the specification to learn what the innovation is there would be no way she could have reached this ridiculous conclusion.