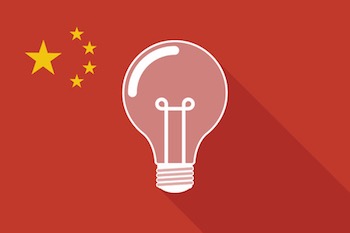 China has been making some sizable waves in the world’s patent landscape in recent years. Since the country opened its first courts dedicated to intellectual property cases in November 2014, patent enforcement activity in China has increased and even foreign firms are finding China’s IP court to be a preferred venue for handling patent enforcement actions. China may sometimes be seen as protectionist in terms of domestic business interests but a report from IAM published this July offered remarks from a Chinese IP judge indicating that non-Chinese entities won each of the 65 IP cases, including patent and trademark litigation, they brought to the IP court in Beijing during 2015.

Calls for stronger IP rights in China and enforcement mechanisms have come from academic voices both within China and in the U.S. A March 2015 study penned by members of faculty from the Massachusetts Institute of Technology (MIT), Harvard University and Xiamen University offered the argument that strong local IP rights incentivizes firms to engage in innovative activities. The authors argue that China has experienced strong growth despite weak IP institutions and that strengthening those institutions will be critical for China’s future success. The study identifies the fact that private firms in China tend to invest more in research and development than their state-owned enterprise (SOE) counterparts. The authors also found that regions where plaintiffs win a high percentage of IP cases in provincial courts see a 7.2 percent increase in patenting rates, whereas patenting rates are only increasing by 0.3 percent in regions where plaintiffs win a low percentage of IP cases.

Yet for all of this increased activity within its own borders, it’s not clear that Chinese IP rights will hold much sway in jurisdictions across the globe. In 2015, Chinese entities only filed 42,154 patent applications with foreign patent offices, placing it behind France in terms of countries filing the most patents overseas. This means that about 96 percent of all Chinese patent applications filed in 2015 cannot be enforced outside of China’s borders. By contrast, the U.S. produced the most overseas patent applications with 237,961 in 2015, a 6 percent increase over 2014’s totals.

Property rights of all kinds have historically been very limited in the People’s Republic of China but China’s new property guidelines are evidence of a recognition of the need for its citizens to be able to protect property. A 2011 survey conducted by the Landesa Rural Development Institute found that land takings, or eminent domain land acquisitions, led to massive inequity in compensation for property, especially among farmers. While farmers were compensated for land takings at about $17,850 per acre, that property was then sold to commercial developers for $740,000 per acre. In almost 10 percent of cases, farmers received no compensation for land takings.

Some commentators have raised their eyebrows at China’s first-ever property rights guidelines, noting that previous reforms such as the Law on Rural Land Contracting of 2003 have delivered few results. As far as intellectual property is concerned, however, it seems that reforms within the country have already taken place to encourage not only the filing of patent applications but also the enforcement of legitimate IP rights. If the Chinese government truly does come through on a promise of tough IP enforcement, it would continue a trajectory which is pretty much the opposite of what is being seen in patent system reform proposed and enacted by the U.S. Congress in recent years.