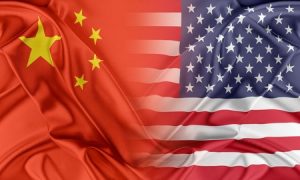 On July 28th, 2017, China’s State Intellectual Property Office (SIPO) announced a new set of regulations which are intended to streamline the examination of patent applications in certain burgeoning fields of technology. The new policy, which comes in response to “the central government’s call for an improved business environment, streamlined procedures for administrative approval, and the booming market,” will allow for the examination of both utility model and industrial design patent applications; SIPO guidelines issued as recently as five years ago only covered a single patent application designation, invention patents.

With each passing day, China’s patent system looks like a photo-negative of the U.S. patent system in a way that makes China look very good to inventors and venture capitalists alike. The new regulations come swift off the heel of comments made by Chinese President Xi Jinping during the recent National Financial Work Conference on the “heavy price” intellectual property infringers should pay for copying protected IP. As the SIPO press release on the new examination guidelines indicate, China has received 565,000 patent applications through the first half of 2015, a 6.1 percent increase over the same period last year.

Conversely, what’s happening in the United States couldn’t be more different. Instead of making it easier for patent owners to assert their property rights in response to potential infringement, now it costs inventors like Josh Malone millions and millions of dollars to obtain a patent and defend it against invalidity challenges at the Patent Trial and Appeal Board (PTAB) which covers a technology that continues to be infringed by Walmart. But is Congress interested in holding hearings to look at the high cost to patent owners and the way the system is tilted against them? Of course not. We’re still stuck having hearings on the effects of “bad patents” on American businesses without any substantive dialogue on how patents can help tech startups. In the House of Representatives, the Congressman who presides over those hearings is a former patent troll who is heavily financed by the efficient infringer lobby and who uses his political position to pressure members of the federal judiciary. The false narrative of “patent trolls,” which no one can clearly define and has been found to be highly subjective in news coverage and is considered to be a prejudicial term by the Federal Trade Commission, is reinforced by a series of poor panel witnesses like Tom Lee of Mapbox, Julie Samuels of Engine Advocacy and Steven Anderson of Culver Franchising.

Rep. Darrell Issa (R-CA) can’t help but guffaw when someone points out that the Chinese patent system is more welcoming to innovation and private property owners alike than the current version of the U.S. patent system. What will it take? Will the political narrative swing around once China overtakes the United States in the annual IP index which is released by the U.S. Chamber of Commerce? In the most recent index, the United States’ system of patent rights was ranked 10th and China was ranked 20th in that regard. They could switch places as early as next year. China is actively addressing its key weaknesses outlined by the U.S. Chamber of Commerce, including historically high levels of IP infringement and an inability for some IP owners to secure adequate remedies for infringement. The recent IP index already noted that new SIPO guidelines on submitting post-filing experimental data could strengthen China’s patent environment. As for the U.S., we’re making zero progress on the key weaknesses outlined by the Chamber of Commerce, including substantial costs and uncertainty created by the patent opposition system as well as a narrow interpretation of the patentability of biotech and computer-related inventions.