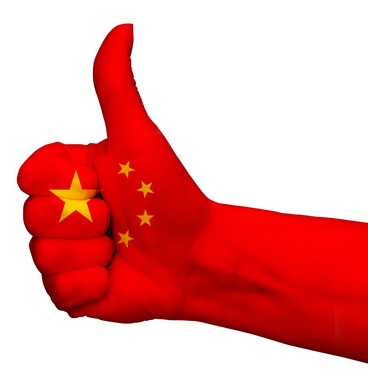 In late August, news media outlets were reporting that Boston, MA-based athletic shoe and apparel company New Balance had won a victory in a trademark infringement case which the company had filed in China. This latest victory for a foreign plaintiff asserting intellectual property claims is proof of yet another step down the road leading to a reformed, intellectual property friendly China, with China cracking down on infringers — as promised by Chinese President Xi Jinping.

The Chinese IP court in Beijing reportedly ordered three domestic shoemakers to pay a total of 10 million yuan ($1.5 million USD) to New Balance for infringing upon the slanted ‘N’ logo utilized by New Balance on its branded shoes. That’s not a huge damages award in the grand scheme of trademark damages ordered around the world but reports indicate that the damages in this cases were the most ever handed out by a Chinese court to a foreign plaintiff for trademark infringement allegations. A report from The New York Times shows that New Balance has been on the losing side of infringement suits filed to protect its trademarks in China since selling shoes in that jurisdiction beginning in 1995.

It appears that the fortune for New Balance and other foreign owners of Chinese trademarks has been bolstered by China’s passage of a new trademark law in 2014. That law increased the maximum statutory damages which could be ordered after findings of trademark infringement from $75,000 USD up to $450,000 USD. The New Balance damages award is multiples higher than that maximum statutory limit put in place by the Chinese government just three years ago.

This may be the perfect moment for President Donald Trump to order a probe into China’s federal policies regarding foreign IP, albeit not necessarily for the reasons given by the White House. Yes, the U.S. Trade Representative (USTR) will likely find and report on joint venture tech transfer rules enforced in China which fly in the face of World Trade Organization (WTO) policy on respect for foreign IP owners. But the USTR should also note that China is actively becoming a better jurisdiction for foreign IP owners in ways which actively address key weaknesses noted by the U.S. Chamber of Commerce’s 2017 international IP index. Through last July, foreign plaintiffs bringing IP claims to China were successful in 100 percent of their cases. Although IP infringement in China has been rampant leading up until recently, Chinese President Xi Jinping made remarks this July on the “heavy price” that IP infringers should face. And standing in direct contrast to U.S. IP policy, new Chinese patent examination rules which went into effect this April are more welcoming to the patentability software and business method inventions.

In essence, what the Trump Administration’s probe of Chinese IP policy should uncover is the fact that the United States needs to change course, and fast, if it wants to keep from being overtaken as the top jurisdiction for IP rights.