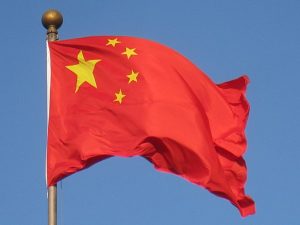 The Beijing International Book Fair is one of the largest and fastest growing trade shows for the book publishing industry across the globe and 2017 marked the 24th annual version of the event. The year’s version of the Beijing book fair, which ran from August 23rd to the 27th, expected to see 2,500 exhibitors coming from 89 countries and regions, including new exhibitors in the genres of lifestyle, homemaking, health and wellness.

According to reports from Chinese state-run media, it appears that this year’s book fair was very successful, further underscoring China’s growing importance as a jurisdiction for intellectual property rights and licensing. A report published August 27th by Xinhua indicated that a total of 5,262 copyright deals were made between China and foreign countries, an increase of 4.9 percent compared to total deals made during last year’s Beijing book fair.

Of the more than 5,000 copyright deals made at the recent Beijing book fair, most of the deals were what Chinese state media referred to as “export and partnership deals.” There were 3,244 such deals concluded at the book fair, a 5.5 percent increase over the number of export deals at the fair in 2016. The remaining 2,018 copyright deals were import agreements, which saw a 3.9 percent increase over such deals completed during the 2016 book fair. According to Xinhua, the most popular genres included children, literature, culture, education, economy and philosophy.

In the 2017 IP index published by the U.S. Chamber of Commerce, China had an abysmal ranking in terms of strength of copyrights and related rights within that country. The communist nation placed 22nd overall in copyrights, training behind Kenya and the United Arab Emirates. The United States, by contrast, placed first.

While there’s no concern that the U.S. would cede much of its international position in the realm of copyrights to China, there are plenty of reasons to recognize issues in patent policies between the two nations. While the U.S. patent system continues to reel from deleterious effects caused by a false narrative on “patent trolls,” an argument supported by Congressional testimony and funding from the efficient infringer lobby, the Chinese government led by President Xi Jinping is actively stepping up their rhetoric against intellectual property infringers. In patent rights, the U.S. Chamber of Commerce’s 2017 IP index ranked the U.S. 10th while China was ranked 20th. One key area of strength for China noted in the IP index were new and proposed patent and copyright reform extending protection and strengthening enforcement. Given the growing number of deals with foreign publishing firms, it appears that China may be addressing a key weakness in historically substantial barriers to market access and the commercialization of IP, particularly among foreign companies.