As many in U.S. remain skeptical of patents, China picks up the slack 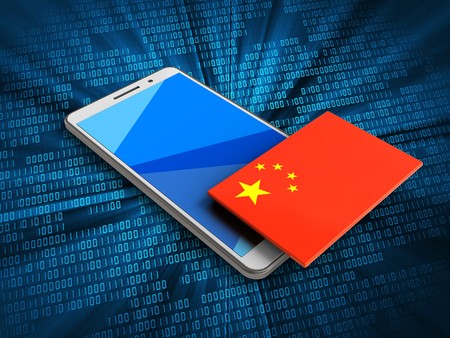 Recently, the Hoover Institution Working Group on Intellectual Property, Innovation, and Productivity (Hoover IP2) issued a revised working paper providing an updated data set on mobile phone patent license royalties in a global context. The paper’s authors provide analysis of patent royalties in the entire mobile phone value chain in order to estimate the average cumulative royalty yield in the value chain for mobile phones. The paper concludes that, in 2016, original equipment manufacturers (OEMs) sold a total of 1.97 billion mobile phones for a total of $425.1 billion in revenue, indicating an average selling price of $215.50 per phone and an average cumulative royalty of $7.20 per phone.

One of the working paper’s notes on its data analysis indicates the difficulty of identifying licensing revenues for some firms, like Chinese privately owned collectives which aren’t subject to the same financial reporting standards of U.S. or European companies. One such firm is the Shenzhen-based networking and telecommunications firm Huawei Technologies, an entity which the paper notes as a relative newcomer to the mobile phone licensing sector. Going on the assumption that Huawei’s licensing revenues are similar to InterDigital, a U.S.-based counterpart, the paper’s authors determine that Huawei is earning approximately 30 percent of all patent revenues earned by all Chinese companies combined — an impressive share of all Chinese royalities just for that company’s portfolio of mobile phone patents alone.

An Excel workbook attached to the revised 2017 working paper includes further discussion on how the authors determined that Huawei was receiving such a large percentage of Chinese patent revenues. In the discussion, the authors cite to a fact sheet issued by Huawei which reflects that company’s belief that it holds more than 15 percent of all standard-essential patents (SEPs) in the area of 4G Long-Term Evolution (LTE) communications. This would put Huawei on the level of major SEP holders like Qualcomm, Ericsson and Nokia, entities which also have large and lucrative patent licensing divisions. The authors also note that recent Huawei patent suits filed against Samsung and ZTE indicate that Huawei is working towards developing a stronger licensing division.

Intellectual Asset Management has reported both on the paper’s conclusions, which indicate that arguments over unduly high licensing rates in the mobile phone sector are largely unfounded, as well as the implications of Huawei’s large licensing revenues. IAM further cites to comments from Jason Ding, head of IP for Huawei, which reflect the fact that, as U.S. companies continue to dislike patent protection, the strength of the patent system globally is leading Asian companies to amass more patents and more licensing opportunities than their American counterparts.

“Increasing numbers of US operating companies dislike patent protection,” Ding explained to IAM. “[T]he production and manufacture of products are increasingly located in Asia and Asian companies have more and more patents… opportunities are being transferred to the East just like manufacturing was.”

“I can tell you that my work in China and Japan and Korea tells me that the companies there are quite delighted to pick up the slack where American companies don’t have quite the protections that they do under their law,” former Federal Circuit Chief Judge Randall Rader recently told Eli Mazur in an interview.

Indeed, Huawei has rapidly become one of the most important players in the global mobile phone patent market in recent years, gladly accepting opportunities and copious amounts of licensing revenue that were once the domain of Silicon Valley innovators. How this happened is no fluke. Huawei’s meteoric rise can be explained by an aggressive patent acquisition strategy and an increasingly favorable patent, licensing and enforcement environment in China.

Huawei’s Patent Cooperation Treaty (PCT) patent application filings has seen remarkable growth, going from 456 filings in 2014 up to 3,898 filings in 2015. This has helped see the Chinese telecom firm overtake the likes of Qualcomm, Samsung and others to become the top filer of PCT patent applications in that year, according to statistics published by the World Intellectual Property Organization (WIPO). In 2016, Huawei’s 3,692 published PCT patent applications trailed ZTE, another Shenzhen-based entity, which took the top spot with 4,123 published PCT filings, but Huawei was still firmly in second place with 1,200 more of such filings in 2016 than third-place Qualcomm. Obviously, this aggressive patent strategy is paying real dividends for Huawei, as evidenced by the amount of licensing royalties incoming.

Although strong patent licensing activities are surely welcome news to Huawei and the many people employed by that firm, stakeholders in the U.S. patent system likely can’t help but see this as a further harbinger that China’s innovation economy will overtake ours in the coming years. In direct contrast to the United States, innovators are finding that China is increasingly welcoming to business method and software innovations after it relaxed patent examination guidelines in those sectors earlier this year. This July, China’s State Intellectual Property Office (SIPO) issued new regulations to streamline the examination process for patent applications in Internet, big data, cloud computing, information technology and other areas of technology.

President Xi Jinping’s remarks at a Chinese state economic forum held this July, in which he said that “IP infringers will pay a heavy price,” appear to be supported by action in Chinese courts and federal agencies. This August, American athletic shoe and apparel company New Balance won the largest trademark infringement verdict that a Chinese court has ever handed out, garnering a total of $1.5 million USD. Then in September, China’s National Copyright Administration (NCAC) informed both domestic and foreign music companies that they must adhere to international practices to improve licensing. Stronger protections for IP rights may well be one reason why the 2017 Beijing International Book Fair saw a 5 percent increase in copyright deals over the 2016 event, including both export and import agreements.

Some critical of China will undoubtedly point out that many Chinese patent applications are of low quality, with large numbers of Chinese patents acquired due to various incentives provided by the Chinese government. While that may be true, the real story is that China is successfully laying the groundwork for a familiarity with the Chinese patent system that will pay dividends in years to come. Indeed, if China wanted to plant a patent seed for the future it is hard to imagine a better strategy than incentivizing patent filings. Of course, whether you want to criticize Chinese patent filings or not, Huawei is enjoying great revenues themselves pursuing an aggressive patent acquisition strategy, which will only further incentivize other Chinese companies that want to be like Huawei or the next Huwawei.

China’s system of patent rights will overtake the United States’ system if both continue upon their current trajectory, and it may happen sooner rather than later. The 2017 Global IP Index published by the U.S. Chamber of Commerce showed that the United States’ system of patent rights dropped to tenth from its first-place ranking it had held since the IP index was established. China was 20th in patent rights in that index but the way either nation has been handling the key areas of weakness identified in the index is very telling. China’s overall score in the IP index has increased slightly in each consecutive edition of the index, and it appears the country is working to tamp down historic levels of IP infringement, bring the interpretation of IP laws in sync with international standards, enable infringed parties to seek adequate remedy and lower hurdles to market access for IP commercialization among foreign entities. Each of these are identified as key weaknesses for China, and China seems to be addressing them.