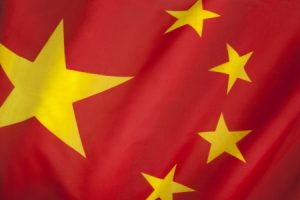 In mid-September, the federal government of the People’s Republic of China issued statements which indicate that the country is looking to expand upon recent rhetoric over increased protections for intellectual property. According to state-controlled media outlet Xinhua, China’s National Copyright Administration (NCAC) informed a group of more than 20 domestic and foreign music companies that they must adhere to both market rules and international practices in order to widen licensing and improve the spread of copyrighted music online.

According to the Xinhua report, the Chinese government is hoping to get music companies to support the work of copyright organizations to protect the rights of lyricists and songwriters. China wants music companies operating in that country to develop a framework for licensing online music copyrights to improve order within the industry.

In recent years, China has been the world’s largest marketplace for pirated music with piracy rates reaching to more than 90 percent in both online music and physical recordings according to some estimates. Much of this piracy has occurred through major Chinese digital platforms like the Baidu search engine. Since 2015, however, the NCAC has engaged in a campaign designed to improve the regulatory environment surrounding music copyright, especially in the online realm. According to Xinhua, the NCAC and the Chinese federal government continue to work on issues in the world of music copyright protection including problems with companies vying for exclusive copyrights, bidding up licensing prices and using music without any permission from the copyright owners.

Copyright is simply the latest area of intellectual property in which the Chinese government, a communist regime, is showing signs of greater savvy than the government of the United States, which has been a bastion of capitalism for most of its existence. This year, new patent examination guidelines issued by China’s State Intellectual Property Office (SIPO) have increased the patentability of software and business method inventions in China. Further, regulations issued by SIPO this July have streamlined the patent examination process for inventions related to the Internet and big data, among other areas, in a stunning recognition by the Chinese government of the future economic value of those sectors of technology. China is also improving its reputation for the protection of trademark rights as is evidenced by the $1.5 million trademark damages awarded to American athletic shoe company New Balance in China’s special IP court this August, the largest award for trademark infringement ever given by a Chinese court. This follows comments made by Chinese President Xi Jinping this July at a major economic conference in China that anyone found to be infringing on intellectual property should “pay a heavy price.”

As China ramps up both its rhetoric and legal policy in favor of intellectual property rights owners, the United States is offering itself as a photo-negative of this situation, at least where patents are concerned. Concerns over a false narrative on “patent trolls” have led all three branches of government to pursue disastrous policies regarding patent rights. Congress created the anti-patent Patent Trial and Appeal Board (PTAB) tribunal within the U.S. Patent and Trademark Office with passage of the America Invents Act (AIA) of 2011; the PTAB deveins patent claims to the point that 90 percent of patents challenged there are found defective. In the federal judiciary, the Court of Appeals for the Federal Circuit has shown itself willing to double down on the anti-patent findings of the PTAB, both in invalidating patents which have been upheld in a final written decision issued by the PTAB or in vacating decisions which have left at least some claims upheld. The U.S. Supreme Court has created an incredible amount of uncertainty over the patentability of software and business method inventions in the wake of 2014’s Alice Corp. v. CLS Bank International. And despite every indication that the administration of President Donald Trump would pursue completely different policies than the previous administration, recent nominations and court briefs filed from the executive branch are giving some patent system stakeholders the perception that disastrous Obama-era policies regarding patents are still being pursued.

The recent calls by the NCAC for music companies to better respect international standards on copyright is yet another measure which addresses China’s key weaknesses in intellectual property rights as identified by the U.S. Chamber of Commerce’s 2017 IP Index. Day after day goes by and we continue to see China creep up toward and past the U.S. in terms of IP rights and enforcement.