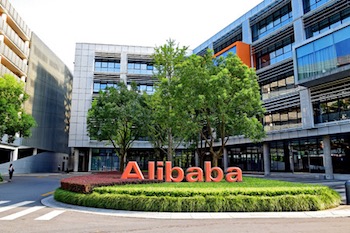 Last December, the U.S. Trade Representative (USTR) released its most recent report on notorious markets around the world in which commercial-scale trademark counterfeiting and copyright piracy have caused significant financial losses for rights holders and legitimate businesses. Listed among the notorious online markets in the report is Taobao.com, an e-commerce platform owned by Chinese-American e-commerce company Alibaba Group (NYSE:BABA).

The USTR’s report acknowledged Taobao’s place among the world’s most regularly visited e-commerce destinations in recent years, ranked among the top 15 websites worldwide and the top 5 websites in China in terms of traffic. The report notes that rights holders in the U.S. and abroad continue to report challenges in enforcing intellectual property rights to reduce counterfeited and pirated goods on that platform, such as denials of take-down requests which contain little justification for the denial or error messages preventing the use of complaint systems. The USTR further acknowledges Alibaba’s efforts in reducing this issue, including the closure of about 180,000 Taobao stores, but the report concludes that “while recent steps set positive expectations for the future, current levels of reported counterfeiting and piracy are unacceptably high.”

The most recent notorious markets report from the USTR seems to have further galvanized Alibaba into taking action to reduce the number of counterfeit products sold on its e-commerce platforms. In early January, Alibaba filed its first pair of lawsuits targeting retailers selling fake Swarovski watches on the company’s e-commerce platforms. Then in late February, Alibaba released an official corporate statement in which it blamed China’s ambiguous counterfeiting laws for contributing to the problem. As Alibaba’s official statement reads:

“In the ongoing war against counterfeiting, society is currently faced with an impasse. In Alibaba Group’s view, progress against this illegal activity is negligible because the costs and risks of producing and selling counterfeits are too low. The only way out of this is to impose tougher criminal sanctions on every individual involved in the chain of operation.”

Alibaba’s statement notes that platform governance team identified 4,495 leads related to counterfeiting operations last year alone. However, ambiguities in Chinese counterfeiting laws made it difficult to convert those leads into actual court cases. Of those 4,495 leads, only 1,184 leads were reviewed by law enforcement, only 469 cases were built by public security agents and only 33 convictions resulted from those leads. Alibaba’s statement goes so far as to equate counterfeiting to drunk driving in terms of how strongly such actions should be criminalized, and even quotes the Enlightenment-era criminologist Cesare Beccaria: “Crimes are more effectually prevented by the certainty of punishment.” (With all due respect to Alibaba, other accounts of Beccaria indicate that the company’s executives paraphrased the original line: “Crimes are more effectually prevented by the certainty than the severity of the punishment.”)

Alibaba’s recent comments on the current state of anti-counterfeiting law in China have been well-received by those who have been following the company’s situation back here in the United States. “Alibaba should be commended for joining the ranks of brand owners that for many years have been urging the chinese government to bring more criminal cases against counterfeiters and to incarcerate convicted counterfeiters,” said Geoffrey Potter, chair of the anti-counterfeiting practice at Patterson Belknap Webb & Tyler LLP. “The Chinese bring far too few cases given the tremendous scale of the problem and far too often the only penalty is the confiscation of counterfeits or a modest fine. Alibaba cannot and should not delegate to the government or to brand owners its responsibility to police its own marketplaces. Only Alibaba has the ability to control the markets it owns and operates.”