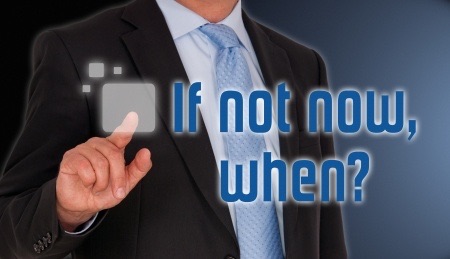 Later this week the Patent Trial and Appeal Board (PTAB) of the United States Patent and Trademark Office (USPTO) will celebrate its fifth anniversary. Brought into existence by the America Invents Act (AIA), which was signed into law on September 16, 2011, by President Barack Obama, the PTAB and the various post grant challenge procedures ushered into being by the AIA did not take effect until the first anniversary of the AIA – September 16, 2012.

With this in mind we will publish a series exploring the PTAB on its Fifth Anniversary. I’ve invited an all-star panel of contributors to weigh in, providing little guidance other than to take this opportunity to comment on the PTAB as the tribunal turns 5. As of the posting of this article I’ve received contributions from Manny Schecter (IBM), Bob Stoll (Drinker Biddle), Paul Morinville (US Inventor), Kate Gaudry and Thomas Franklin (Kilpatrick Townsend), Jennifer Bush (Fenwick), Jeremy Cubert and David Thibodeau (VLP Law Group) and I expect contributions for others throughout the week.

While not all of the contributors to this series will likely agree with me, it is difficult for me to imagine a tribunal having caused more damage in less time than the PTAB has brought to bear on the U.S. patent system. In short, the PTAB is a kangaroo court – the type of court with the type of process and proceedings that you might expect in a third world nation suffering from a complete collapse of the judiciary. Indeed, with every passing day there seems to be fresh evidence of a tribunal so thoroughly compromised that it is difficult to believe it exists within the U.S. system.

There is a fundamental lack of due process at the PTAB, the decisions are arbitrary and capricious, the PTAB refuses to consider timely submitted evidence, the tribunal has misapplied the law of obviousness, determined that an MRI machine is an abstract idea as if the huge machine that takes up an entire room in a hospital is a figment of the imagination, they have ignored the law with respect to what is a CBM patent and instead created their own test that goes directly against the dictates of the statute (which is a common theme for the tribunal). The PTAB also takes more than 1 year to decide IPRs even when the tribunal itself concludes there is no reason joinder should or will disturb the original scheduling order, which makes it difficult to understand how that presents good and sufficient cause to miss the statutory decision deadline. Of course, the PTAB refuses to write a final written decision on all challenged claims, which prevents estoppel from attaching to claims not instituted, which seems to clearly violate 35 U.S.C. § 318(a), an issue that will be decided by the Supreme Court during the October 2017 term. And the PTAB refuses to allow amendments to claims in virtually all circumstances, which seems to clearly violate 35 U.S.C. § 316(d), an issue the Federal Circuit took en banc in Aqua Products after first agreeing with the PTAB that they could deny amendments for any reason.

Of course, the USPTO itself is not without fault with respect to the PTAB. As an institution, the USPTO has allowed very serious conflicts of interest to exist at the PTAB where Administrative Patent Judges (APJs) are deciding post grant challenges brought by former defense clients, which at a minimum creates an inescapable appearance of impropriety that compromises the integrity of the PTAB processes. Worse than that, which could possible be described as reckless mismanagement, is the seemingly intentional deletion of pro-patent eligibility decisions from the PTAB database. Still worse, the USPTO has admitted stacking PTAB panels to ensure outcomes desired the by Director, which fundamentally violates the requirements of the Administrative Procedures Act (APA), which requires decisional independence. And one of the latest blows, the PTAB refuses to follow Supreme Court pronouncements on indefiniteness in Nautilus v. BioSig Instruments, which is being backed up by Office policy.

More mundane, but nonetheless demonstrative of the magnitude of the problems posed by a runaway PTAB are the tribunal issuing inconsistent rulings dealing with the same issues on the same record and between the same parties (see also here), shifting the burden to prove patentability to the patent applicant and failing to explain or articulate reasoning to support its decision making (see also here, where the PTAB just disagreed with the patentee without explanation) and failing to consider material evidence. Each of these transgressions were highlighted by Federal Circuit decisions within just the last few months.

It is no wonder Allergan partnered with an Indian Tribe to protect its drug Restasis from challenges at the PTAB. This brilliant move is something I’ve been suggesting patent owners consider ever since the PTAB ruled it did not have jurisdiction over University owned patents. I must confess I hadn’t considered it with an Indian Tribe, and thought it would be done with a University, but perhaps this in-your-face move that insulates Restasis from the death squad known as the PTAB will wake up other patent owners, and wake up Congress too!

Hiring senior associates to be Administrative Patent Judges was a mistake, hiring so many senior associates from the same firm was an even bigger mistake. Making it clear that their job was to kill patents at all costs was inexcusable. Interpreting the rules at every turn to be disadvantageous to patent owners is un-American, violates fundamental notions of fairness of procedure, and tilts the balance so heavily toward challengers that it has become more feared by patent owners than any government agency or body. In short, the Patent Trial and Appeal Board has destroyed the U.S. patent system and the value of U.S. patents. In my opinion, the only solution for the very serious transgressions of the Patent Trial and Appeal Board is to disband this runaway tribunal.