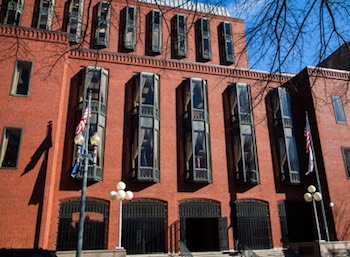 The Federal Circuit vacated the Board’s affirmation of an Examiner’s rejection in two merged inter partes reexaminations, finding “the Board erred in its analysis, and hence its decision.”

Honeywell owns a patent directed to the use of an unsaturated HFC refrigerant compound (“HFO-123yf”) and a PAG lubricant in heat transfer systems, such as air conditioning equipment. Mexichem and Daikin filed separate requests for inter partes reexamination, which were granted and merged into a consolidated proceeding. The Examiner rejected numerous claims as obvious over a Japanese patent (“Inagaki”) in view of any of three references or combination of references. The Examiner found that Inagaki expressly discloses HFO-123yf and that each of the secondary references teaches the use of PAG lubricants with HFC refrigerants.

The Board affirmed the rejections, concluding that “because Inagaki teaches that the disclosed refrigerants, including HFO-123yf, ‘do not have any problem with respect to their general characteristics (e.g., compatibility with lubricants…),’ it would have been obvious to combine HFO-123yf with ‘known lubricants’ such as PAGs” and because PAGs were known lubricants, a POSA “motivated to use HFO-123yf based on the teachings of Inagaki would have arrived at its combination with a PAG lubricant by mere routine testing.” The Board also concluded that “the stability and miscibility of HFO-123yf with a PAG lubricant are ‘inherent properties of an otherwise known refrigerant’ that could not confer patentable weigh to the claimed mixture.”

Finally, “[b]ecause the claims are directed to the combination of HFO-123yf with a PAG lubricant,” the Board found Honeywell’s evidence of secondary consideration to be unpersuasive due to a perceived lack of nexus between the evidence and the claimed compositions. The Board also rejected Honeywell’s evidence of unexpected stability and miscibility of the claimed combination in light of the Japanese reference, Omure, finding that “although Honeywell’s evidence persuasively shows the unpredictability of ‘how various refrigerants would have reacted with various lubricants,’ Omure provides evidences that one of skill in the art ‘would no more have expected failure with respect to the stability of combining [HFOs] with PAG than would have expected success.’” Thus, according to the Board, “due to the ‘overall unpredictability as to stability in the art,’” as POSA “would have arrived at the claimed combination by mere routine testing.”

At the Federal Circuit, Honeywell argued that the Board erred in (1) finding a motivation to combine the references with a reasonable expectation of success, (2) rejecting Honeywell’s objective evidence of patentability, and (3) relying on a new ground of rejection (Omure), without giving Honeywell notice and opportunity to respond.

The Court found that the Board improperly relied on inherency to find the claims obvious and in its analysis of motivation to combine. First, the Board’s analysis was internally inconsistent. While finding that “the claimed combination’s stability/miscibility is an inherent property of HFO-123yf and cannot confer patentability, the Board also acknowledged that inherent properties must be considered if they demonstrate unexpected and nonobvious results.

Regarding the notion than an inherent property cannot confer patentability, the Court reiterated previous cautions that inherency in the context of obviousness “must be carefully circumscribed because ‘[t]hat which may be inherent is not necessarily known’ and that which is unknown cannot be obvious.” Instead, “[w]hat is important regarding properties that may be inherent, but unknown is whether they are unexpected.” Thus, the Board erred in dismissing properties as merely inherent, without further considering unpredictability and unexpected results.

The Board also erred in dismissing Honeywell’s evidence of unpredictability when it stated that artisans “would no more have expected failure…than success” in combining the references. “The Board made what amounts to a finding that one of ordinary skill would not have expected success, because Honeywell’s evidence persuasively established the ‘overall unpredictability’ in the art, but then glossed over that finding with a ‘routine testing’ rationale because Honeywell did not persuasively prove an expectation of failure.” The Court found this to be “reverse reasoning” and legally erroneous. As a further matter, the Court pointed out that “routine experimentation does not necessarily preclude patentability.”

Finally, the Board found that although Mexichem and Daikin mentioned Omure in the “Third Party Requester Comments” and Mexichem proposed a rejection based on Omure, the Examiner never addressed those comments or entered the proposed rejection, and Honeywell was never afforded an opportunity to rebut Omure’s teachings. “When considering whether the Board issued a rejection, the ‘ultimate criterion’ is ‘whether applicants have had fair opportunity to react to the thrust of the rejection.’” Because Honeywell was never afforded that opportunity, the Board erred in its reliance on Omure.

In light of these findings, the Court vacated and remanded the Board’s decision.

Judge Wallach agreed with the majority’s decision to vacate and remand but disagreed with the majority’s conclusion that the Board relied on a new ground of rejection when it relied on Omure. The Board’s analysis of a nexus between the evidence and the claimed composition did not mention Omure. Instead, the Board discussed Omure in other portions of its secondary considerations analysis, which did not amount to new rejection because Omure was not ‘the principal evidence upon which the [PTAB]’s rejection was based.’”

An unexpected property of a claimed combination may be evidence of non-obviousness, even if inherent in the combination, nor does routine experimentation ipso facto eliminate surprise. “No reasonable expectation of success” in an obviousness inquiry does not mean proving an expectation of failure.