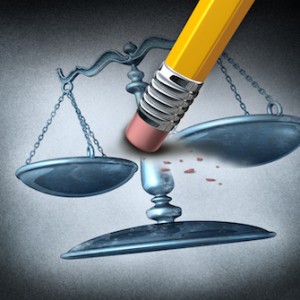 The America Invents Act (AIA) ushered in a new era for patent law and procedure at the United States Patent and Trademark Office. Among the changes that took effect were the much-debated shift away from the first-to-invent standard and to a first-to-file standard that is far more consistent with the rest of the world, although not identical. Philosophically, the shift to a first-to-file system represents a major shift, but in truth, the U.S. had a de facto first-to-invent system already. It had been years since a small entity (i.e., a company with 500 or fewer employees) had been able to prevail by demonstrating that they invented before another party filed a patent application. For the most part, much of the focus on first-to-file has done nothing more than divert attention from the most significant change from the patent owners perspective. *

There is little doubt that the largest change ushered in by the AIA was the creation of administrative patent trials; namely Inter Partes Review (IPR), Post Grant Review (PGR), and Covered Business Method (CBM) Review. CBM is a variety of PGR that specifically relates to financial software patents. Senator Charles Schumer (D-NY) and others would like to expand CBM to include all software patents, but there seems to be little appetite for that, both within the industry and within the halls of Congress. CBM has been little utilized to date. PGR has been used even less because it is only available to challenge patents issued under the first-to-file regime, which essentially means to patent applications that have a priority date on or after March 16, 2013. Given the backlog of applications at the USPTO there are few patents even still that are available to be challenged. Thus, administrative trials at the USPTO have overwhelmingly been IPRs to date.

IPRs have been the subject of great debate and discussion, with patent owners wondering at what point in time a patent actually becomes a property right if it is susceptible to challenges even after issue. But Congress wanted to specifically create a cheaper, faster, and better means to challenge low-quality patents at the Patent Office. The level of IPR filing is much greater than expected with 2,552 petitions filed by February 26, 2015. When the new IPRs became available on September 16, 2012, the expectation was that there would be less than 400 IPRs filed per Patent Office fiscal year for the first four years of availability. The present filing rate is 2.5 times this expected maximum rate. And present trends do not indicate that the peak has been hit. In fact, it is not uncommon for there to be two or more IPRs filed against a single patent with some examples of many more than two. This multiple attack phenomena has been referred to by some eminent commentators as “gang tackling” of the patent using the new IPR proceeding.

But all of this begs an essential question: Are post grant administrative trials at the Patent Office fair? Many believe that the rules are significantly stacked against the patent owner, a sentiment I personally share.

Phil Johnson has had a long and illustrious career as a patent attorney. For 20 years he was one of the preeminent patent litigators in the U.S., and then for another 20 years he was Chief Patent Counsel for Johnson & Johnson, which is a multinational life sciences company that has significant interests in medical devices, home health care, biotechnology and pharmaceuticals. Johnson was also a significant private sector player with respect to the America Invents Act. A strong supporter of the reforms, Johnson became a fixture at conferences, speaking on panels and giving keynote addresses all over the U.S. supporting the AIA. He testified to Congress numerous times, and walked the halls of the Capitol to let everyone know his views in support of patent reform. But recently Johnson has been raising important questions about patent administrative trials as they have come to be implemented by the PTAB.

Rob Sterne and Caren Yusem had an opportunity to speak with Johnson on the record as a part of the Thomson Reuters webcast series on the New Business Models and Intellectual Property. Sterne and Yusem are the moderators in this extensive video webinar series that explores the new patent landscape and its impact on the innovation life cycle in the U.S. and Europe. The series currently has 24 webinars available for on-demand download and with more live webinars planned in March. The series goes in-depth on important issues of the day with a litany of industry A-listers, and Johnson easily qualifies. I’ve been provided with first access to the transcript.

While Johnson may have been a primary supporter of the AIA while it was being debated, he now raises the same concerns about legal proceedings you hear from patent owners throughout the industry. According to Johnson, one of the biggest concerns with respect to the administrative patent trials created by the America Invents Act is “whether these proceedings are providing the level of due process and fairness to all parties in them that they should be.” Johnson explains that the patent administrative proceedings are quite different than any previous contested cases at the Patent Office. Prior to the AIA, a contested case at the USPTO meant an interference proceeding, which related to the Office reaching a decision about which of two or more parties were entitled to receive a particular patent claim. “Due process and fairness is much more important now because these new proceedings are intended to assess and affect patent owners property rights and, as such, due process is required of administrative proceedings.”

Johnson also explains that the PTAB must go out of their way to provide due process because certain of the PTAB decisions are not appealable. I myself have raised this as a real concern. There seems to be something uniquely unfair about an agency decision that cannot be appealed to an Article III judge. I’m not a Constitutional Law scholar, but I think it is accurate to recognize that granting unelected agency officials ultimate, king-like decision making powers runs counter to the spirit of the Constitution. I suspect a strong argument could be made that such dictatorial powers granted to the PTAB (by and through the statute in conjunction with Federal Circuit interpretation) are unconstitutional.

Indeed, the issue of proper due process is critical, according to Johnson, because “the PTAB is now both deciding on the institution of and the conduct of these IPRs and PGRs, and of course, they’re issuing the final decisions.” There is no doubt that given their outsized authority, the way the PTAB has evolved is reminiscent of a tribunal that acts as judge, jury, and executioner. At times I am also reminded of the old Westerns where a particularly vile villain would be apprehended. The crowd would scream for him to be hanged and some law abiding Sheriff would appear and say something like: “No! We are going to give this man a fair trial and then we are going to hang him!”

Picking up on the due process issue raised by Johnson, Sterne pointed out that 70% to 80% of those claims challenged in inter partes review (IPR) proceed to trial. Sterne asked: “Does such a high number of claims moving forward into a trial suggest that there may be a due process issue?”

Johnson wasn’t prepared to say that the statistics suggest potential due process violations, but he did acknowledge the one-sided nature of the statistics, which is not what people anticipated when the AIA was under consideration. When you see proceedings coming out with a very high success rate for the patent challenger, you have to consider whether challenged patents are simply a subset of patents that disproportionately is made up of bad patents, or whether there are good patents being killed unnecessarily. You need to ask were quality patents that found themselves “put into a procedure that was not fair for one reason or another to produce results that would have been different than the results that we see when the same types of patents are considered in another forum,” Johnson explained.

Where Johnson talks about the reality that the PTAB process is constructed to produce results different than would be seen in other forums, he is talking about how the Patent Office employs what is called the “broadest reasonable interpretation” when interpreting challenged claims. Recently, in a split panel decision, the Federal Circuit found that the broadest reasonable interpretation is the appropriate standard to employ at the PTAB, but there was a strong dissent from Judge Newman who pointed out that administrative patent trials were supposed to be a cheaper, quicker alternative to district court litigation to challenge low-quality patents. If administrative trials are a district court alternative, it makes no sense for the PTAB to employ a stricter standard than is applied to review issued patent claims in district court patent litigation.

“The PTAB studiously ignores what happened during the original prosecution of the case because many people don’t realize that to arrive at the broadest reasonable interpretation, the PTAB looks at the language of the claims and the language of the specification and nothing else,” Johnson explained. “If the same issues, the same arguments, the same prior art was considered, deference should be given by the PTAB to the decision of the examiner unless there’s a very clear showing that it was just for some reason dead wrong.”

Sterne expressed that he sees little or no weight given to the original prosecution and examiner decisions both at the PTAB and in reexaminations, which is indeed very troubling. This prompted Sterne to ask whether the Patent Office is providing “sufficient oversight so that patent owner’s rights are being protected sufficiently through harassment by multiple IPRs?”

“Well, I think a lot of people in the stakeholder community are very disheartened by the fact that the Office seems to be willing to grant plainly duplicate petitions,” Johnson said. “I’ve heard some call it a blatant abuse to get around the page limits provided in the rules. And I think no one thinks that that it’s a good idea for the Office to grant successive petitions on the same grounds or the same prior art… that has already been decided before the Office.”