PTAB arbitrary and capricious in denying motion to amend in IPR 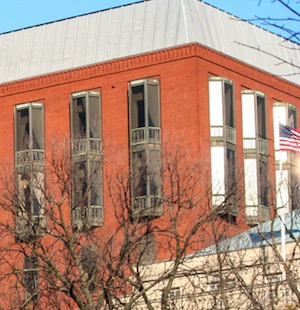 Earlier today the United States Court of Appeals fired a shot across the bow of the Patent Trial and Appeal Board (PTAB or Board) at the United States Patent and Trademark Office (USPTO), reversing the Board’s refusal to allow the patent owner to amend a claim in an inter partes review (IPR) proceeding.

One of the most contentious aspects of post grant trial practice is the Board’s near blanket refusal to allow amendments to claims despite the fact that 35 U.S.C. 316(d) expressly allows the patent owner to file a motion to amend. Up until now 316(d) has interpreted as giving the patent owner a right to file the motion but no right to actually amend. Today, however, the Federal Circuit ruled that the Board arbitrarily and capriciously denied the patent owner’s motion to amend in an inter partes review (IPR) proceeding. The case is Veritas Technologies, LLC v. Veeam Software Corporation, 2015-1894 (Fed. Cir. August 30, 2016).

The patent at issue was U.S. Patent No. 7,024,527, owned by Veritas, which describes systems and methods for performing restores from backups while applications are active and accessing the data being restored. In October 2013, Veeam Software filed a petition asking the PTAB to institute an inter partes review of claims 1, 6, 8, 20, and 24 of the ’527 patent, which Veeam asserted were unpatentable over prior art. The Board instituted the review in April 2014. After institution, the patent owner (Symantec Corp. at that time, but we will refer throughout to Veritas) filed a conditional motion to amend, seeking to add new claims 26 and 27 if the Board ultimately concluded that the challenged existing claims are unpatentable.

In its April 2015 final decision, the Board resolved the parties’ claim construction dispute, ultimately leading to the Board finding all of the challenged claims to be obvious under 35 U.S.C. § 103. The Federal Circuit affirmed the obviousness determination as being appropriate under the broadest reasonable interpretation of the claims.

The Federal Circuit, in an opinion authored by Judge Taranto (who was joined by Judges Lourie and O’Malley), vacated the Board’s denial of Veritas’s motion to amend. Judge Taranto explained: “the Board was arbitrary and capricious in its sole ground for denying the motion.” Accordingly, the Federal Circuit remanded the case to the Board for further consideration of whether the proposed claims are patentable.

Although the obviousness ruling by the Federal Circuit is no doubt important to the parties, the issue that will be of most interest to the industry is the holding that the Board arbitrarily and capriciously denied the patent owner’s motion to amend. For that reason the remainder of this article will focus on that issue.

In the final decision by the Board in the IPR, the Board denied the patent owner’s motion solely because the patent owner did not discuss whether each newly added feature was separately known in the prior art. The Board concluded that the motion and the declaration of Veritas’s expert, Dr. Levy, was insufficient because it did not discuss the features separately but discuss only the newly added feature in combination with other known features.

The Federal Circuit found that denying the motion to amend for this reason alone was unreasonable and, therefore, the decision of the Board had to be set aside as being arbitrary and capricious. In fact, after detailing all of the evidence submitted by the patent owner, an exasperated Judge Taranto wrote: “We do not see how the Board could reasonably demand more from Veritas in this case.”

In essence, the Federal Circuit appeared to be deeply troubled by the Board’s ruling because requiring each and every limitation to be separately addressed seems to ignore the possibility that a claimed invention can be patentably nonobvious as the result of the combination of elements and limitations and not because of any single element or limitation in and of itself. Judge Taranto explained:

Here, we have been shown no reason to doubt that it is only the combination that was the “new feature,” a scenario recognized in a long line of Supreme Court and Federal Circuit cases noting that novel and nonobvious inventions often are only a combination of known individual features. In this case, we fail to see how describing the combination is meaning- fully different from describing what is new about the proposed claims, even in comparison to the unamended claims.

For that reason, we conclude that the Board erred in its sole reason for denying the motion to amend.

As with any case that shines a ray of hope for patent owners several caveats are worthwhile. First, the patent owner here did submit quite a bit of evidence relating to the proffered claims, so this case could be easily distinguishable. Second, this is not a blanket authorization to allow amendments to claims in an inter partes review, but does show that there are limits to the Board’s authority to refuse entry of an amendment to the claims. Finally, as with all Federal Circuit decisions, there is always the risk that other panels will simply ignore this decision as if it never happened. Time will tell the importance of this case, but it has to be viewed as at least some good news for patent owners.