Board cannot shift burden of proving patentability to applicant, must articulate reasoning 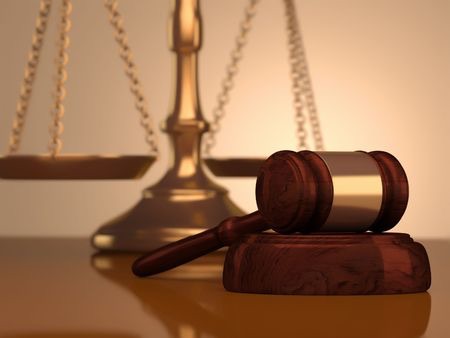 Stepan appealed from a PTAB decision affirming the examiner’s rejection of claims 1-31 of the ?567 application. The application is directed to herbicidal formulations that contain glyphosate salt and a surfactant system, specifically dialkoxylated alkylamine, water miscible solubilizer, and amine oxide, which together allow the surfactant system to have high or no cloud points, which is preferable. (A cloud point is the temperature at which a solution becomes cloudy because the surfactant becomes insoluble).

During prosecution, the examiner rejected claims 1-25 and 28-31 for obviousness over the Pallas publication, which teaches a variety of surfactant system components, including amine oxide lauryl dimethylamine oxide and the dialkoxylated amine diethoxylated tallow amine. Pallas also taught that the system that may “optionally contain glycols.” The examiner rejected claims 26 and 27 over Pallas in view of U.S. Patent No. 5,843,866 to Parker. Parker teaches the water miscible solubilizer in the ?567 patent. Thus, a skilled artisan would have been motivated to combine Pallas with Parker to arrive at the claimed formulation. The Board adopted the examiner’s findings and found the claims obvious. Stepan appealed.

The Board also erred by rejecting Stepan’s evidence that a skilled artisan would not have had a reasonable expectation of success. No examples in Pallas included all three of the claimed surfactant components, and that the closest example failed to achieve the desired cloud point. The Board rejected Stepan’s evidence as not relevant because the evidence was “not comparative.” The Court found that the Board’s basis for rejecting the evidence lacked support because Pallas tested two of the three claimed surfactants for cloud point, which was relevant to whether a skilled artisan would have had a reasonable expectation of success.

Finally, the Board erroneously found that Stepan had not met its burden of proving patentability, citing case law in which a patentee claimed a range within the prior art and had to rebut a prima facie case of obviousness by showing criticality of its claimed range. This line of cases did not apply to Stepan’s application for two reasons. First, the Board did not establish a prima facie case of obviousness because it failed to adequately articulate its reasoning. Second, Stepan’s application did not merely claim a range of surfactants that was within or overlapped the range taught by Pallas. While Stepan did claim a range of surfactants, it also showed that its combination achieves the desired cloud point — an element not taught by Pallas. The Court found that it was a Patent Office burden, not Stepan’s, to prove that achieving the desired cloud point would have been obvious to a person of ordinary skill in the art.

Judge Lourie dissented, finding that the Board’s reasoning was flawed but not erroneous. He noted that achieving the desired cloud point “is not a component of [the] claim[s].” According to Judge Lourie, “[w]here, as here, there is a single prior art reference, there does not need to be a finding of reasonable expectation of success for those skilled in a particular art to make conventional modifications to the prior art and look for improvements in some parameter.” He would have affirmed the Board’s decision.

The Board cannot shift the burden of proving patentability to the applicant, and must provide sufficient reasoning or explanation for why a skilled artisan would have found the claimed invention obvious, particularly when given evidence of unexpected results or “no reasonable expectation of success.” It is not enough for the Board to merely state that a combination of prior art would have been “routine.”