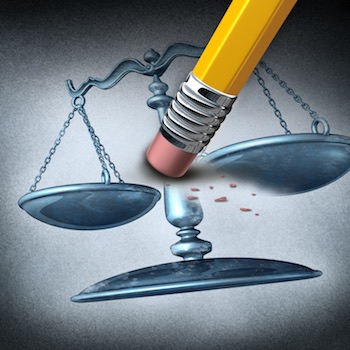 CaptionCall petitioned for IPRs of eight Ultratec patents that disclose and claim systems for assisting deaf or hard-of-hearing users to make phone calls. The parties are also litigating in district court. CaptionCall retained the same invalidity expert, who testified about the same issues and references in court and in the IPRs.

In the IPRs, Ultratec sought to submit trial testimony from CaptionCall’s expert, which Ultratec alleged was in conflict with the expert’s declaration in the IPRs. The Board denied Ultratec’s request and failed to review the expert’s trial testimony when deciding the IPRs. Additionally, the Board did not address Ultratec’s request for a written decision explaining the exclusion of this evidence.

The Board relied on the expert’s IPR testimony and invalidated every challenged claim of Ultratec’s patents. Ultratec appealed from the Board’s denial of its request to submit supplemental evidence.

The Federal Circuit reviews the Board’s management of its proceedings for abuse of discretion. Redline Detection, LLC v. Star Envirotech, Inc., 811 F.3d 435, 442 (Fed. Cir. 2015). The Board abuses its discretion if the decision: (1) is clearly unreasonable, arbitrary, or fanciful; (2) is based on an erroneous conclusion of law; (3) rests on clearly erroneous fact findings; or (4) involves a record that contains no evidence on which the Board could rationally base its decision. Id. (quoting Abrutyn v. Giovanniello, 15 F.3d 1048, 1050-51 (Fed. Cir. 1994).

Under Patent Office regulations, a party seeking to submit supplemental information more than one month after the date an IPR is instituted must request authorization to file a motion to submit the information. 37 C.F.R. § 42.123(b). The request to submit new information must show: (1) why the supplemental information reasonably could not have been obtained earlier, and (2) that consideration of the supplemental information would be in the interests of justice. Id. The Court found that Ultratec’s motion to admit the expert’s trial testimony satisfied both requirements. First, the evidence could not have been obtained earlier. Ultratec submitted its request to supplement the request the week after the trial concluded. Second, the Board “offered no reasoned basis why it would not be in the interest of justice to consider sworn inconsistent testimony on the identical issue.” The Court could not supply the Board’s reasoning, and therefore, Ultratec satisfied it’s §42.123(b) burden.

Next, the Court found that the Board’s decision was unreasonable because: (1) a reasonable adjudicator would have wanted to review this evidence, (2) any such inconsistency would likely bear on the overall credibility of the expert, and (3) the inclusion of the evidence would have placed minimal additional burden on the Board.

Additionally, the Court found a number of problems with the Board’s procedures that prevented a proper review of its decision. First, the Board lacked the information necessary to make a reasoned decision because it failed to review the evidence it was denying. Second, the Board made “significant evidentiary decisions without providing an explanation or a reasoned basis for its decision.” Third, the Board’s procedures “impede meaningful appellate review of the agency decision-making.” Thus, the Board abused its discretion when it refused to admit and consider the expert’s trial testimony and when it refused to explain its decision. The Federal Circuit vacated, remanded, and ordered that the Board admit and consider the expert’s trial testimony.

Belated evidence in an IPR may be admitted when the evidence was not available sooner and would serve justice to be considered. It is an abuse of discretion for the Board to reject such evidence without a reasonable basis and without explanation.