Common sense is no substitute for reasoned analysis and evidentiary support 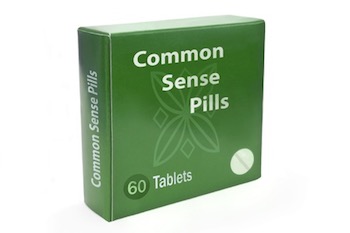 Yesterday the United States Court of Appeals for the Federal Circuit issued an important ruling in Arendi S.A.R.L. v. Apple, Inc. In this case the Federal Circuit panel, which was made up of Judges Moore, Linn and O’Malley, overruled an obviousness ruling by the Patent Trial and Appeal Board made in an inter partes review.

On June 9, 2015, the Board issued a decision finding claims 1-2, 8, 14-17, 20-21, 23-24, 30, 36-39, and 42-43 would have been obvious. Because the Board misapplied the law on the permissible use of common sense in an obviousness analysis the Federal Circuit reversed. In a nutshell, the Federal Circuit ruled that the single reference used to support the obviousness rejection did not mention a critical element of the claim, which ordinarily cannot result in an obviousness rejection. Common sense cannot supply a missing element or limitation unless that which is missing is “unusually simple.”

Proper Use of Common Sense

The single question at issue in this case was whether the Board misused “common sense” to conclude that it would have been obvious to supply a missing limitation in a prior art reference to arrive at the conclusion that the claimed invention was in fact obvious.

The Federal Circuit, with Judge O’Malley writing for the panel, acknowledged that common sense and common knowledge do have a proper place in the obviousness inquiry, but that the Board went too far in this case.

Judge O’Malley explained that common sense is ordinarily invoked to provide a known motivation to combine and not to supply a missing claim limitation.

Judge O’Malley also pointed out that Federal Circuit cases have repeatedly warned against the use of common sense to supply either a motivation to combine or a missing limitation. Common sense “cannot be used as a wholesale substitute for reasoned analysis and evidentiary support, especially when dealing with a limitation missing from the prior art references specified,” O’Malley wrote.

The Board and Party Arguments

The sole prior art reference was U.S. Patent No. 5,859,636 to Pandit (“Pandit”), which teaches recognizing different classes of text in a document and providing suggestions based on it. One embodiment of Pandit involves a program that recognizes a phone number as a class of text.

Arendi argued there was no evidence, much less substantial evidence, to support the Board’s finding that, as a matter of common sense, the subroutine in Pandit for “Add to address book” would start by searching for duplicate telephone numbers before adding the number to an entry for a contact in the book. Rather, Pandit is about text-dependent word recognition.

As the Board stated and Appellees did not attempt to rebut on appeal, the Pandit reference disclosed each limitation except for performing a search. Thus, the Federal Circuit was faced with a scenario where the prior art reference was missing a critical limitation. The Board used common sense to fill in this critical missing limitation and find the claim obvious.

Appellees argued simply that a search for data in a database was known in the art. According to the Appellees, “data is data,” and if searching a database for data was in the prior art, then searching that database for a telephone number is merely common sense.

In the end this case seemed to come down to a simply problem of proof. Judge O’Malley wrote:

Rather than clearly explaining with concrete examples what benefit searching for entries with the same number would achieve, Appellees keep returning to their general mantra that Arendi’s argument against searching for a number would apply equally to a search based on a name. Yet the burden is Appellees’ to provide more than a mere scintilla of evidence of the utility of a search for a telephone number before adding the number to an address book, where such a search is not “evidently and indisputably within the common knowledge of those skilled in the art.”

In other words, rather than finding a reference that supplied the critical missing piece and explaining why a combination was proper Apple only went 95% of the way and simply thought common sense could carry them across the finish line. Unfortunately for Apple, there was no evidence provided indisputably demonstrating that missing critical limitation was within the common knowledge of those skilled in the art. Under these circumstances it is not proper to go most of the way, proclaim common sense without any evidence, and expect that the challenged invention will be ruled obvious.

Apple had the burden and they just didn’t meet it. Common sense is no substitute for evidentiary support and a well-reasoned argument.