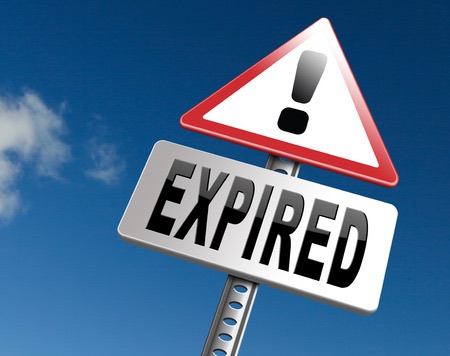 Another day and another story relating to serious questions about process and procedure at the Patent Trial and Appeal Board (PTAB) of the United States Patent and Trademark Office (USPTO) has come to light. This time a panel of the PTAB is taking whatever time they desire to decide a case in violation of the 1-year statutorily mandated time limit within which to decide an inter partes review (IPR) challenge.

According to 35 U.S.C. § 316(a)(11), the PTAB is required to issue a final determination in an inter partes review not later than 1-year after the date of a decision to institute review is made. If good cause is show the PTAB may extend this deadline by 6 months, but not more. To date, despite the complexity of cases and the USPTO explaining they must cut corners in process and cannot act as examiners affording patentees the right to amend patent claims, the PTAB has not seen fit to extend a single case for cause.

That the PTAB has not extended a single case for cause should not be confused with the PTAB following the mandates of § 316(a)(11). Indeed, the parties have been waiting for a decision in IPR2016-00237 for more than 14 months.

As of the writing of this article there has been no decision in IPR2016-00237, and there has been no showing of cause by the PTAB or the USPTO why IPR2016-00237 was incapable of being decided on or before June 3, 2017, within the 1-year period mandated by § 316(a)(11). Quite to the contrary, everything in the file states the exact opposite — that this case would proceed on time without exception. So why then has PTAB not issued a decision?

Particularly galling, in the decisions of the PTAB authorizing the joinders mentioned above the Orders specifically state that there would be “no change to the Scheduling Order in IPR2016-00237.” While DUE DATES 1 and 2 would later be changed by several days, the other DUE DATES from the original scheduling order continually remained unchanged, and the oral hearing was held almost three months prior to the 1-year statutorily mandated period for a decision. There is no rationale or reason explained on the record that would give insight into why the PTAB missed the statutorily mandated 1-year time-limit in this case.

It seems that the PTAB is here, and presumably in other joinder cases, giving itself more than 1-year without a showing of cause. If that is the case the PTAB is intentionally misreading § 316(a)(11) in order to construe it to give themselves 1-year from the last joinder Order rather than 1-year from the date of institution as the statute requires. Of course, we won’t know for sure until we see when the PTAB actually issues a decision, but smart money would be on a decision in IPR2016-00237 being issued on or slightly before October 6, 2017.

If the PTAB is, in fact, giving itself 1-year from the last joinder Order in an IPR what the tribunal is doing has absolutely no textual justification in the statute. Such a liberal reading of § 316(a)(11) is further proof that this tribunal interprets the statute however it damn well pleases regardless of the clear and unambiguous language.

And I’m not interested in hearing that the PTAB is overworked and has too much on its plate to follow adhere to the mandates of the statute. That lame argument doesn’t work for parties or applicants and it shouldn’t work for the government either. Had a party missed a statutory deadline at the Patent Office we all know what would happen. You cannot overcome a missed statutory deadline as a challenger, patentee or patent applicant. Apparently the same cannot be said if you are the PTAB. When the PTAB misses a statutory deadline without explanation there are obviously no repercussions whatsoever. Further evidence that this tribunal is simply thumbing its nose at process and procedure even when that process and procedure is clearly and unambiguously enshrined in a statute enacted by Congress.

The PTAB has no one to blame but itself if the workload the tribunal faces is too much.  By misapplying the standards to institute post grant proceedings the PTAB institutes practically everything eventually, but proceedings were supposed to be rare. In fact, in August of 2012 the USPTO estimated that there would be only 500 IPR filings in fiscal year 2015 (see page 48710, column 3), but according to USPTO statistics there were 1,737 IPR filings in FY 2015 (see slide 3), which corresponds to 347% more than estimated. Of course, almost three-and-one-half times the number of IPR filings makes sense given how easy they are to start and how one-sided in favor of the challenger the proceedings are. Perhaps if the PTAB needs time they should institute fewer cases and focus their resources, as envisioned by everyone at the time the America Invents Act (AIA) was enacted.