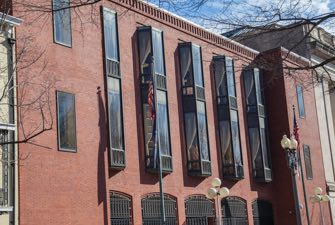 On the last day of 2015, the United States Court of Appeals for the Federal Circuit issued a decision in Redline Detection, LLC v. Star Envirotech, Inc., relating to an inter partes review (IPR) challenge brought by Redline challenging that claims 9 and 10 of U.S. Patent No. 6,526,808 (the “’808 patent”) as being obvious. Authoring the opinion was Judge Wallach, who was joined by Judge Lourie and Judge Hughes.

After deciding to institute the administrative trial the Patent Trial and Appeal Board (PTAB) found in favor of the patent owner. Redline appealed the decision of the PTAB, arguing that it was improperly denied the opportunity to submit supplemental information under 37 C.F.R. §42.123(a) and that the PTAB erred with respect to finding that claims 9 and 10 of the ‘808 patent were not obvious.

The Federal Circuit was not persuaded and affirmed the decision of the PTAB, determining there was no error in refusing to accept the supplemental information and that substantial evidence supported the PTAB with respect to obviousness.

On the issue of obviousness, the PTAB instituted the IPR based on Redline’s assertions that independent claim 9 and dependent claim 10 were unpatentable under 35 U.S.C. § 103(a). After reviewing the evidence the PTAB found that claims 9 and 10 were not invalid for obviousness, and the Federal Circuit agreed that substantial evidence supported the PTAB determination.

While may seem increasingly rare to see claims survive an obviousness challenge at both the PTAB and the Federal Circuit, the real interesting questions on this appeal related to the submission of supplemental information.

On appeal, Redline argued the PTAB erred in denying its motion to submit supplemental information for three reasons. First, Redline argues the regulatory history of 37 C.F.R. § 42.123 demonstrates the United States Patent and Trademark Office (USPTO) has already incorporated its statutory mandate into the three tier scheme of subsections (a) through (c) of that regulation and, thus, the PTAB cannot “mix and match” these requirements at its discretion. Essentially, Redline argued that if the supplemental information is timely filed it must be accepted and considered. The plain language of § 42.123(a) precludes the imposition of any additional criteria beyond the plain language of the regulation. Second, Redline argued the PTAB’s decision was arbitrary and capricious because Petitioners in other IPR proceedings were allowed to submit supplemental information.

The PTAB refused entry of the supplemental information because Redline did nothing to justify submitting it after filing the initial IPR petition and even after the institution decision was made, other than to say that submitting it then was cost effective. The PTAB pointed out that the authorization to submit supplemental information under 42.123 does not require the PTAB to accept such information even if it is timely, noting that the moving party bears the burden in all cases to demonstrate entitlement to the relief, a rule that patent owners seeking to amend are all too familiar with (i.e., despite there being a right to file an amendment the PTAB says there is no associated right to amend).

The Federal Circuit agreed with the PTAB, saying that their interpretation was not plainly erroneous. Therefore, the fact that the regulations give the right to submit supplemental information does not mean that it will be accepted or even considered even if timely filed. That, like the way the PTAB interprets the “right to amend” seems disingenuous at best. Of course, it was only a matter of time before the rather draconian and often-unfair rules followed by the PTAB started to negatively impact petitioners. Perhaps as this happens more real, substantive and fair reform of the post grant process can be explored.

The major problem Redline had comparing the expert submission it filed with the filings accepted in the aforementioned cases is that it was akin to comparing apples and oranges.