“The patent for a novel lightbulb that is found to work particularly well in bank vaults does not become a CBM patent because of its incidental or complementary use in banks.” 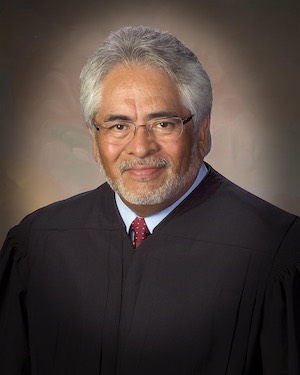 Earlier today the United States Court of Appeals for the Federal Circuit issued a decision in Unwired Planet v. Google. The case asked the court to determine whether the Patent Trial and Appeal Board (PTAB) has properly instituted a Covered Business Method (CBM) review. The PTAB has long been criticized for ignoring the limiting statutory language that narrowly allows a CBM to be filed only on financial service patents. Indeed, the PTAB routinely ignores the statute and institutes CBM reviews on patents that simply do not qualify for review. Today that changes. The Federal Circuit, in a decision by Judge Reyna who was joined by Judges Plager and Hughes, has again stood up to abusive PTAB practices and said enough!

In this case Unwired Planet, LLC appealed from the final written decision of the PTAB in CBM No. 2014-00006, which was filed by Google, Inc, on October 9, 2013. The patent in question – U.S. Patent No. 7,203,752 – is entitled Method and System for Managing Location Information for Wireless Communications Devices. The ‘752 patent describes a system and method for restricting access to a wireless device’s location information. On April 8, 2014, the PTAB instituted CBM review of all the challenged claims.

The PTAB instituted the CBM review on four grounds: (1) lack of patent eligibility with respect to claims 25–29; (2) lack of written description support for claim 26; (3) obviousness of claim 25; and (4) obviousness of claim 25. Ultimately, in the final written decision issued by the PTAB on April 6, 2015, they upheld only the first ground, finding that the challenged claims were directed to unpatentable subject matter under section 101.

The problem here was that the PTAB used the wrong standard to institute the CBM proceeding in the first place, which lead the Federal Circuit to vacate the PTAB decision and remand the case for further consideration by the PTAB – namely the application of the proper standard.

According to Section 18 of the America Invents Act (AIA), the PTAB may institute a CBM proceeding only for a patent that is a covered business method patent. A covered business method patent is defined as a patent that claims a method for performing data processing or other operations used in the practice, administration, or management of a financial product or service. Specifically excluded from the definition of a covered business method patents are those that relate to technological inventions. See 37 C.F.R. 42.301(a). To determine whether a patent is for a technological invention the PTAB is supposed to consider whether the claimed subject matter recites a technological feature that is novel and unobvious over the prior art; and solves a technical problem using a technical solution. See 37 C.F.R. 42.301(b).

In deciding to institute the Google requested CBM against the ‘752 patent the Board did not apply the statutory definition. Instead, the Board stated that the proper inquiry “is whether the patent claims activities that are financial in nature, incidental to a financial activity, or complementary to a financial activity.” The Board determined that the ’752 patent was a CBM patent because the location service could involve an eventual sale of services.

As the Federal Circuit would point out later: “All patents, at some level, relate to potential sale of a good or service.” To allow this PTAB created standard that has no textual support in the statute to be applied would be to allow virtually any patent to be the subject of a CBM. That was clearly was not the intent of Congress and it would fly directly and unambiguously in the face of the explicit language of the statute. The PTAB is significantly limited in their power to institute a CBM.

The “incidental” or “complementary” language used by the PTAB is not found in the statute. This specific language comes only from a statement by Senator Chuck Schumer (D-NY) found in the Legislative History, which the USPTO quoted in its response to public comments concerning interpretations of the statutory definition of what qualifies as a CBM patent. There were, however, clearly conflicting statements in the Legislative History, which makes any statements from the Legislative History unhelpful. In any event, the Federal Circuit explained: “Neither the legislators’ views nor the PTO policy statement provides the operative legal standard. The authoritative statement of the Board’s authority to conduct a CBM review is the text of the statute.”

The Board’s application of the “incidental to” and “complementary to” language from the PTO policy statement instead of the statutory definition renders superfluous the limits Congress placed on the definition of a CBM patent. CBM patents are limited to those with claims that are directed to methods and apparatuses of particular types and with particular uses “in the practice, administration, or management of a financial product or service.” AIA § 18(d). The patent for a novel lightbulb that is found to work particularly well in bank vaults does not become a CBM patent because of its incidental or complementary use in banks. Likewise, it cannot be the case that a patent covering a method and corresponding apparatuses becomes a CBM patent because its practice could involve a potential sale of a good or service. All patents, at some level, relate to potential sale of a good or service.

Ultimately, the Federal Circuit did not reach the merits of the 101 decision and instead vacated the PTAB’s final written decision and remanded “the case for a decision in the first instance, and in accordance with this opinion, whether the ’752 patent is a CBM patent.”

While the events here may seem shocking to those unfamiliar with the PTAB, sadly this type of dictatorial ruling without regard to the statute, without regard to due process or procedural fairness is commonplace. The audacity of the PTAB knows no bounds. Indeed, it is this type of intellectual dishonesty that has so many in the patent community demanding significant PTAB reforms, and others beginning to make the case for the dismantling of the PTAB altogether.

I’ve said it before many times and for many years, and I’ll say it again. The post grant administrative proceedings ushered in by the America Invents Act (AIA) were a horrible mistake – they never should have been created in the first place. Now that we’ve seen these proceedings play out over the last 4+ years we know with certainty that they are even worse than anyone could have predicted. The PTAB provides few (if any) procedural safeguards for patent owners; they ignore the statute and do whatever they want. In recent months instances of the Federal Circuit finding PTAB actions to be arbitrary and capricious are on the rise. The PTAB is truly a rogue tribunal that is out of control.