Doing the Math on Patent Trolls: The U.S. patent system is a most efficient government program 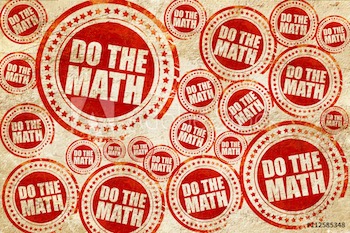 Fast Company recently highlighted the 20th anniversary of the “increasing returns” economic theory that has been at the core of Silicon Valley’s growth. And the technology industry certainly has increased their lobbying spending to protect what they have and to play in the big leagues alongside defense contractors, telecommunications, energy, health care, financial services and other industries that depend more on regulatory capture than disruption and innovation. Just a matter of time for tech to grow old, yank up the ladder and turn to politics for subsidies and protection from competition.

We will soon have a new Administration and a new Congress in the United States, and although patent reform is not being touted by any political leaders as a priority issue as we move into 2017 we can be sure that it will rear its head once again. The Internet Association has already released an open letter to President-Elect Trump and the Trump Transition Team urging a variety of Silicon Valley friendly reforms, including pleas for another round of patent reform.

Within the chorus of patent reform pleas we find the familiar name-calling, which seeks to vilify innovators as patent trolls. Never mind that the Federal Trade Commission concluded in their recent Patent Assertion Entity Study that calling patent owners patent trolls is an unhelpful characterization that misleads and unnecessarily misinforms the discussion before it even starts. But also found within the pleadings of the Internet Association are those tired and provably fraudulent claims that these patent trolls cost the U.S. economy tens of billions of dollars each year.

Simply stated, the Internet Association is wrong. Patents and the innovators who own them do not “cost” the U.S. economy tens of billions of dollars each year. This claim has been repeatedly and thoroughly debunked to the point that any self-respecting individual or industry organization would be embarrassed to continue to use what is a fraudulent claim.

But for a moment let’s buy into the fraud. If you actually do the math, which the Internet Association and infringer lobby obviously has never done, you will be amazed at how inconsequential even their grossly inflated estimates of cost are in terms of the scale of the overall U.S. tech economy. You see, even if you believe the infringer lobby, and accept as true that tens of billions a year are wasted on patent troll litigation each year, it is an exceptionally small amount of money when compared to wealth generated by the overall U.S. tech sector.

For example, the number that is thrown around by the patent infringer lobby for the amount so-called patent trolls cost the economy is $29 billion annually. That figure originates from a now debunked study by James Bessen and Michael Meurer. Indeed, even Bessen and Meurer have distanced themselves from this original study by changing the definitions and assumptions they relied upon. Notwithstanding, let’s assume that the outrageously false $29 billion figure is correct and do the math.

At a recent patent investor conference on Wall Street, Ashley Keller remarked in his keynote that even if the claims of waste were accurate they represent such a small percentage of the overall economic value generated by the tech industry. He concluded that this means that the US patent system is one of the most efficient government programs out there. He is, of course, correct.

This raises several important questions. First, is even the grossly exaggerated amount of 3.1% attributable to innovators an outrageous sum? How about the more accurate figure, which is under 1%?

Second, if these royalty rates for using patented innovation are so outrageous that the innovators must be vilified and hundreds of millions of dollars for over a decade need to be spent lobbying Congress, shouldn’t these publicly traded companies acknowledge that their efficient infringement strategy, which ignores patent rights of innovators, creates a material risk to operations and explain it to shareholders in annual or quarterly filings?

Third, if patents are capable of creating a 3.1% royalty relative to spending of the U.S. technology sector then why don’t all publicly traded companies have well developed licensing and enforcement divisions that seek to extract latent and unrealized value? We’ve seen Nortel miss out on patent value to only see its bankruptcy panel find the treasure later, well after the company failed. Kodak, AOL and Yahoo are some of the better-known examples of management not paying attention to their own patent portfolios until activist shareholders bring wisdom to bear.

So, if you actually do the math the horrible problem of patent trolls that is complained about by those who choose to infringe patent rights doesn’t seem so bad at all. And their own actions with their own patent portfolios and reporting to shareholders seem to tell a completely different tale. If the problems with patents are so awful because they create such a windfall for patent owners doesn’t that just admit that these companies are misleading their own shareholders and perhaps even not maximizing value?