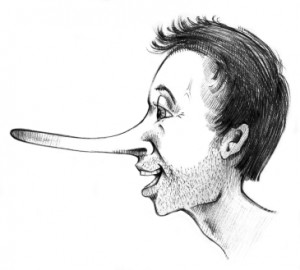 Earlier today the Wall Street Journal published Stopping the Economy-Sapping Patent Trolls, which is an op-ed written by John Chambers, who is chairman and CEO of Cisco, and Myron Ullman, who is the CEO of J.C. Penney. Whether you agree or disagree with the need for patent reform, everyone should be able to agree that this article includes information that is inaccurate. This is problematic because the high profile nature of the placement of this op-ed will no doubt sway opinions, possibly those who are decision makers in Congress.

Whether the Chambers/Ullman op-ed is intentionally inaccurate and thereby intentionally misleading is open to debate. What is not open to debate, however, is that this op-ed relies upon data that has been thoroughly and completely debunked. So why would the CEO of Cisco and the CEO of J.C. Penney build an argument supporting patent reform on a study that has been proved wrong? That is a very good question. Indeed, legitimate questions can and should be raised about whether these long-time supporters of patent reform are simply trying to use scare tactics and faulty data to mislead Congress into enacting another round of patent reform.

It is troubling that this op-ed relies on secret RPX data that cannot be independently reviewed and verified by anyone. Not only is it troubling because the data is secret, but because the data so significantly differs from publicly available data from other sources. But as problematic as that may be, it is inexcusable for Chambers and Ullman to rely on the study suggesting that patent trolls have cost industry $29 billion. That is simply not true.

A 2012 study by Boston University researchers estimated that companies spent upward of $29 billion a year defending patent lawsuits, and the problem has not let up.

The study referred to by Chambers and Ullman, if you can call it that, is the study published by James Bessen and Michael Meurer. The study continues to be cited by certain media outlets and by proponents of patent reform despite being thoroughly refuted, and despite the fact that Bessen and Meurer have distanced themselves from the study after their definitions, methodology and conclusions became ridiculed and debunked.

As Joff Wild of IAM explained, given the high-profile nature of the claims made by Bessen and Meurer, and given how the alarmist conclusions and estimates have impacted the patent reform debate, they need to be right. Wild explained:

Because Bessen and Meurer do get such wide coverage, it is vital that what they say is subjected to in-depth examination. They make big claims, involving huge numbers; both of which are bound to affect overall debate on, and potentially decision-making around, the patent system. Therefore, they have to be right.

The problem is they are not right, their methodology was flawed, their conclusions inaccurate. Yet those who champion patent reform continue to push this false narrative in the press and through the halls on Capitol Hill. Wild has more recently explained that the Bessen/Meurer figure is “flawed,” and that their claims are clearly far from watertight.

Indeed, in January 2014, David Schwartz (Chicago-Kent College of Law) and Jay Kesan (University of Illinois College of Law) published a paper discrediting the Bessen/Meurer $29 billion estimate in a paper titled Analyzing the Role of Non-Practicing Entities in the Patent System. Schwartz and Kesan explain that given the flawed methodology of the Bessen/Meurer study, their “findings on the issue of NPEs [should] be viewed with some reservations and skepticism.”

For example, Schwartz and Kesan explain that Bessen and Meurer conflate the term “costs” with “transfers,” which allows them to erroneously include sums of money in their estimate that are not considered costs by economists. They write:

The vast majority of the $29 billion figure consists of settlement, licensing, and judgment amounts. For economists, these are not “costs,” as they are classified in Bessen and Meurer’s study, but rather “transfers.” Such transfers to patent holders are the contemplated rewards of the patent system.

The also go on to write:

Turning first to the $29 billion “cost” figure, we disagree with their terminology. By Bessen and Meurer’s own estimate, roughly three-quarters of the direct costs are verdicts, licensing fees, or other settlement amounts. According to standardized economic terminology, these figures are “transfers” contemplated by the patent system, not “costs.” In other words, this is the money paid to a patent owner in exchange for the disclosure and expense required to obtain a patent. The transaction has resulted in money moving from one entity to another in exchange for intellectual property rights, and economists do not consider these costs.

Thus, 75% of what Bessen and Meurer claim are “costs” are payments for the transfer of rights, which is specifically and intentionally the point of the patent system. The patent system is intended to foster innovation and grant exclusive rights to owners, who can then either prevent others or license others for the right to use those exclusive rights. This is the very reward that is intended for innovation, and why people like President Abraham Lincoln explained that the patent system stokes the fire of creative genius.

If innovators cannot reap any reward for their innovations they simply will not innovate. This isn’t rocket science. If you cannot reap the rewards from the investment made you won’t invest; you can’t invest. Without exclusive rights to make innovating worthwhile the free-rider who comes in and copies without repercussions will always have the cost advantage. This is economics 101.

But there are other significant problems with the Bessen/Meurer study that cannot be ignored. For example, Bessen and Meurer estimate the benefits of non-practicing entity (NPE) litigation relying only on an excruciatingly small sample, namely the SEC filings from 10 publicly traded NPEs. The reliance on such a small sample size is hard to reconcile given the fact that they so broadly define NPEs in the first place. If NPEs are so numerous, as they suggest, how could anyone be intellectually satisfied with such a paltry sample size?

It is equally troubling that Chambers and Ullman relied on a study that doesn’t pass the laugh test when you factor in that more recently Bessen and Meurer have backed away from their own 2012 study. Indeed, Bessen and Meurer have substantially revised the way that they define patent trolls, now to specifically exclude universities, research laboratories, individual inventors and innovative start-ups. This has lead Joff Wild to ask why anyone would ever continue to rely on the original, flawed study when the authors themselves have abandoned their findings by so substantively changing the critical definition upon which the “study” was originally founded. Wild writes:

In fact, not only is there real doubt about the quality of the research that the pair have carried out, but now there are also questions to be asked about their basic credibility as information sources. They surely cannot continue to insist that figures produced based on definitions they no longer hold to should be taken seriously. For those numbers to be justifiable today, even remotely, Bessen and Meurer would have to show that they revisited their previous work…

Based on these facts and everything I have observed, it is my opinion that Bessen and Meurer had an agenda. I don’t know how else you can look at their original “study.” Bessen and Meurer seem to have fixed their original definitions and established a methodology intended to achieve inaccurate and shocking estimates in an effort to support a predetermined narrative. The issue of patent reform is far too important to allow misrepresentations and flawed analysis to inform any decision that may have harm innovators. Innovation is really the only thing driving the U.S. economy, so much is at stake.

It should be self-evident that not all patent owners are patent trolls, and when you acquire rights it is not an economic cost, yet these absurd propositions are at the foundation of the Bessen/Meurer “study” relied upon by Chambers and Ullman. Shame on anyone who uses the thoroughly discredited, agenda driven, biased conclusions of Bessen and Meurer. Shame on Congress if they are swayed by such snake oil and shiny objects. The Bessen/Meurer conclusions, seriously flawed as they are, shouldn’t be used to destroy the patent system and tilt patent laws toward infringers and away from innovators.

The fact that proponents of patent reform rely on misinformation and discredited research speaks volumes about their motives. How can anything they say be trusted?