The New Madison Approach and the Harmonization of Antitrust and Patent Law: A Retrospective Summary

“The NMA reflects the view that terms of licensing negotiations between patentees and implementers, particularly in the shadow of standard setting, should not be micromanaged by government officials who necessarily have less knowledge of rapidly changing market dynamics than the negotiating parties.” 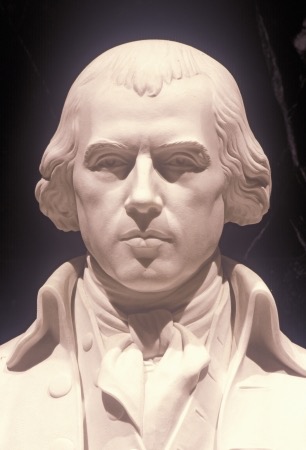 Statue of James Madison, father of the US Constitution, Library of Congress, Washington D.C.

In a major 2018 speech, Justice Department Assistant Attorney General for Antitrust Makan Delrahim enunciated a “New Madison Approach” (NMA) (a tribute to James Madison’s support for a strong patent system) designed to restore greater respect for efficiency-seeking patent transactions in antitrust enforcement (a 2020 law journal commentary discusses the NMA and the reactions it has elicited, both positive and negative). Consistent with the NMA, the Trump Administration Antitrust Division took a number of initiatives aimed at reducing perceived new antitrust risks associated with widely employed patent licensing practices (particularly those touching on standardization). Those new risks stemmed from Obama Administration pronouncements that seemed to denigrate patent rights, in the eyes of patent system proponents (see here, for example). Given this history, the fate (at least in the short term) of the NMA appears at best uncertain, as the new Biden Administration reevaluates the merits of specific Trump policies. Thus, a review of the NMA and the specific U.S. policy changes it engendered is especially timely. Those changes, seen broadly, began a process that accorded greater freedom to patent holders to obtain appropriate returns to their innovations through efficient licensing practices – practices that tend to promote the dissemination of new and improved technologies throughout the economy and concomitant economic welfare enhancement.

The NMA enunciates key principles dealing with the interrelationship of patent and antitrust law. It rejects recent commentaries by patent critics (including Obama Administration antitrust enforcers) that view patents as conferring excessive market power that should be curbed – either through reinterpreting antitrust law or by establishing patent policies of standard setting organizations (SSOs) that favor implementer firms that practice a patent when they build new technologies.

Notably, the NMA is skeptical of critics’ claims about the gravity of the “hold-up” problem, which arises when patentees demand “excessive” licensing fees for their “standard essential patents” (SEPs), access to which is needed by implementers that are “locked into” SSO standards. The critics typically support legal mechanisms, including antitrust law, that require SEP owners to license their patents on “fair, reasonable, and non-discriminatory” (FRAND) terms to third parties.

Delrahim summarized the basic reasoning underlying the NMA in a September 2020 speech:

The competitive process in this [SEP licensing] context takes place in the negotiations between implementers and patent holders. Negotiating in the shadow of dubious antitrust liability is not only unnecessary, it dramatically shifts bargaining power between patent holders and implementers in a way that distorts the incentives for real competition on the merits through innovation. Giving implementers the threat of treble damages in antitrust increases the perverse likelihood of “hold-out,” which is the other side of the “hold-up” coin. Of course, none of this undermines the importance of the negotiations that took place at the time that an SDO selected competing technologies for inclusion in the standard. To the extent that implementers bargained for some benefit, contract law already provides a solution to the problem of patent holders failing to live up to that bargain. The parties are on equal terms when they bargain in the shadow of contract law, because there is no threat of treble damages skewing the negotiations in favor of the implementer.

Under Delrahim’s leadership (see the September 2020 speech), the Antitrust Division took active steps to promote the NMA in court filings, in a joint policy statement, and in a 2020 supplement to a 2015 Obama Administration business review letter.

Judicial Filings: The Division filed three “statements of interest” in federal district course cases. Two of the filings (in Continental v. Avanci and in Lenovo v. Interdigital)  argued that antitrust claims based on alleged violations of FRAND commitments do not raise antitrust issues. A third filing (in Intel v. Fortress) stressed that a complaint that merely alleges the acquisition and aggressive enforcement of a large patent portfolio does not make out an antitrust claim (harms to competition must be alleged), and critiqued the allegation of an overly broad patent market (the “electronics patent market”). The Division also filed a joint amicus curiae brief with the U.S. Patent and Trademark Office (USPTO) in HTC v. Ericsson, urging the Fifth Circuit to reject two “rigid rules” – (1) that reasonable SEP licensing rates have to be based on the value of the smallest saleable patent practicing units, and (2) that a disparate impact on disparate licensees makes would make almost any licensing arrangement discriminatory. In addition, Delrahim opined that Qualcomm’s Ninth Circuit victory in FTC v. Qualcomm (2020) (a case in which the Division had made filings opposing the FTC’s position) was “encouraging” in its statements that rejected a duty to deal by rivals, and that found the mere violation of a contractual FRAND commitment does not “impair the opportunities of rivals” in an antitrust sense.

Joint Policy Statement: In December 2019, the Antitrust Division, the USPTO, and the National Institute of Standards and Technology (NIST) jointly issued a policy statement clarifying a patent owner’s promise to license a patent on FRAND terms is not a bar to obtaining any particular remedy, including injunctive relief. The agencies made clear that no “special set of legal rules” apply to SEPs, and the courts, the U.S. International Trade Commission, and other decision makers are able to assess appropriate remedies based on current law and relevant facts. The 2019 statement replaced a 2013 joint statement that “had been construed incorrectly as suggesting that special remedies applied to SEPs and that seeking an injunction or exclusion order could potentially harm competition.”

Institute of Electrical and Electronics Engineers Business Review Letter Supplement: A 2015 business review letter issued by the Obama Antitrust Division had expressed no antitrust concerns about a new IEEE policy that restricted the ability of SEP holders to seek injunctions and imposed a number of limitations on SEP licensing practices. The new IEEE policy had been deemed by many commentators to excessively “pro-implementer.” In a September 10, 2020 supplement, the Trump Antitrust Division addressed concerns raised publicly by industry, lawmakers, and former federal government officials that a 2015 Division business review letter to the Institute of Electrical and Electronics Engineers (IEEE) had been “misinterpreted, and cited frequently and incorrectly, as an endorsement of the IEEE’s Patent Policy.”  The 2020 supplement emphasized that the 2015 letter expressed no such endorsement. It also discussed the need to align the now outdated analysis in the 2015 letter with current U.S. law and policy, which had evolved in important ways in relation to the licensing of SEPs, and the governance of standards development organizations (an implicit reference to NMA principles). The supplemental letter encouraged IEEE to consider the supplementary letter and all applicable facts when assessing whether an update to the IEEE’s Patent Policy was warranted.

Recent Decisions by European Courts in Line with NMA Principles

Foreign antitrust enforcers have not specifically adopted the NMA approach. Nevertheless, as then Assistant Attorney Delrahim pointed out (see his September 2020 speech), two recent decisions by European high courts are generally in line with NMA principles.

In Sisvel v. Haier (2020), the German Federal Court of Justice indicated that implementers must act in good faith in licensing negotiations by making offers of their own – they cannot just reject successive offers claiming that no offer has been named on FRAND terms. The Federal Court also held that the mere fact that the patent holder had offered better licensing terms to a different entity did not make the offered terms discriminatory.

In Unwired Planet International v. Huawei Technologies (2020), the United Kingdom Supreme Court held that SEP holders may be entitled to injunctive relief and are not limited to seeking monetary damages. Indeed, the Supreme Court stressed that “[a]n injunction is likely to be a more effective remedy, since it does not merely add a small increment to the cost of products which infringe the UK patents, but prohibits infringement altogether.”  Furthermore, in line with the German Federal Court’s reasoning in Sisvel, the Supreme Court in Unwired Planet that a patent holder is not required to offer each implementer the best terms that it has offered to any previous implementer in order to comport with FRAND obligations. According to Delrahim, this reasoning recognized that “competition is taking place when patent holders and implementers negotiate. Courts are increasingly aware that they should respect those competitive dynamics and limit their own distortionary effects.”

The NMA – and Innovation – Should Transcend Partisanship

The NMA reflects the view that terms of licensing negotiations between patentees and implementers, particularly in the shadow of standard setting, should not be micromanaged by government officials who necessarily have less knowledge of rapidly changing market dynamics than the negotiating parties (this implicitly echoes the understanding, expressed by Nobel Laureate Friedrich Hayek, that government “experts’” efforts to engineer ideal economic outcomes reflect “the pretense of knowledge”). Efficiency-seeking licensing freedom facilitated by the NMA is responsive to changing market conditions and plays a valuable role in technology dissemination and implementation – key factors in promoting dynamic economic growth. The NMA also seeks to preserve respect for the patentee’s right to exclude, which is key to its ability to obtain returns to its investment in intellectual property that in turn drive incentives to innovate. Accordingly, abandonment of the NMA would tend to undermine modes of transacting that support critically important innovation-driven economic welfare creation. One hopes that the Biden Administration will keep that reality in mind and retain the NMA as a key element of its antitrust policy.