“[T]he USPTO and the DOJ withdraw the 2013 policy statement, and together with NIST issue the present statement to clarify that, in their view, a patent owner’s F/RAND commitment is a relevant factor in determining appropriate remedies, but need not act as a bar to any particular remedy.” 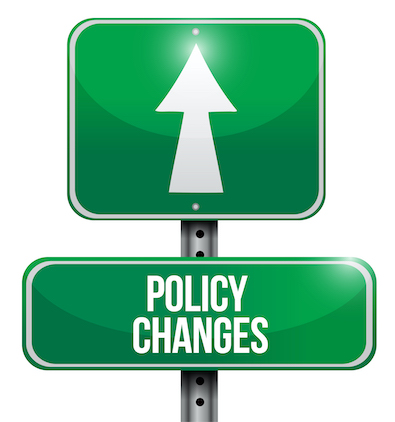 In December 2018, Assistant Attorney General for the Antitrust Division of the U.S. Department of Justice, Makan Delrahim, withdrew assent to the 2013 Joint Policy Statement during remarks delivered at the 19th Annual Berkeley-Stanford Advanced Patent Law Institute. Delrahim has acknowledged that there are times when an injunction or exclusion order may be an appropriate remedy even when the underlying patent is an SEP.

The 2013 Statement, a joint statement of policy entered into between the Department of Justice and the USPTO, advised that injunctions or ITC exclusion orders may not be appropriate with respect to SEPs because such orders may be “inconsistent with the public interest.” The statement said:

When a standard incorporates patented technology owned by a participant in the standards-setting process, and the standard becomes established, it may be prohibitively difficult and expensive to switch to a different technology within the established standard or to a different standard entirely. As a result, the owner of that patented technology may gain market power and potentially take advantage of it by engaging in patent hold-up, which entails asserting the patent to exclude a competitor from a market or obtain a higher price for its use than would have been possible before the standard was set, when alternative technologies could have been chosen.

The problem with the policy against injunctions and exclusion orders became evident over time. Without the fear of an injunction or exclusion order an unwilling or recalcitrant implementer has no incentive to enter into a license, regardless of whether the royalty rate offered is FRAND or RAND.

The 2019 Joint Policy Statement recognized the untenable nature of the 2013 policy statement, specifically noting that “other agencies and courts in the United States and internationally, have developed additional experience with disputes concerning standards-essential patents,” and “that the 2013 policy statement has been misinterpreted to suggest that a unique set of legal rules should be applied in disputes concerning patents subject to a F/RAND commitment that are essential to standards (as distinct from patents that are not essential), and that injunctions and other exclusionary remedies should not be available in actions for infringement of standard-essential patents.” The 2019 Policy Statement goes on to explain that withholding exclusionary rights is detrimental to the patent system, innovation and dynamic competition.

The 2019 Joint Policy Statement also points out that the rejection of “a specific set of legal rules that limit remedies for infringement of standards-essential patents subject to a F/RAND commitment is also consistent with the holdings of the U.S. courts to date,” citing to eBay which required application of the traditional principles of equity and eschewed any rigid, bright line or absolute test.

UPDATED Friday December 20, 2019 at 12:25pm EST. The Joint Policy Statement was between USPTO, DOJ and NIST, not NIH.