“There can be little doubt that today’s decision draws a bright First Amendment line. The Supreme Court holding is an especially strong affirmance of the right of brand owners to select, use, and register marks that are distinctive, even if those marks may offend segments of the population.” 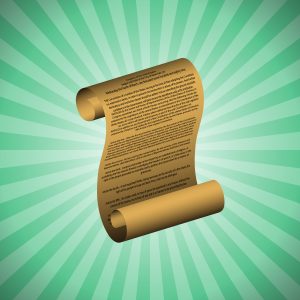 The Lanham Act’s ban on federal registration of “immoral or scandalous” trademarks is unconstitutional under the First Amendment—so held the United States Supreme Court on Monday, resoundingly, if a bit uneasily, in Iancu v. Brunetti.  It’s a good result, and one that the trademark bar and the free speech community had broadly urged, including Debevoise’s client, the International Trademark Association (INTA), in an amicus brief that we had the privilege of writing.

One result is that petitioner/apparel entrepreneur Erik Brunetti will get a federal trademark for his FUCT brand of “streetwear.”  : Six justices across the ideological spectrum readily concluded that the sweeping ban in the existing statute is a form of unconstitutional viewpoint discrimination. Another possible result is that Congress will try to write a new and narrower law.  That’s the uneasy part:  Multiple justices clearly have a societal concern about opening the floodgates to dirty words and racial epithets as registered trademarks. They seem willing to let Congress try again, focusing a future ban only on lewd, sexually explicit, vulgar, obscene or profane terms that are viewpoint neutral and do not express ideas.

Petitioner Brunetti wished to register the name of his apparel brand FUCT. The United States Patent and Trademark Office (USPTO) refused the registration, but the Federal Circuit ruled that the “immoral or scandalous” provision violated the First Amendment.  In so holding, the Federal Circuit followed the Supreme Court’s 2017 opinion striking down a statutory ban on “disparaging” marks in Matal v. Tam.  In granting certiorari in Brunetti, SCOTUS teed up the question of whether Tam would be extended here.  Today’s opinion cites and explicitly extends Tam.  It was written by Justice Kagan and joined by Justices Alito, Ginsberg, Gorsuch, Kavanaugh, and Thomas.

Justice Kagan, writing for the majority, noted that Brunetti would have his mark “pronounced as four letters, one after the other: F-U-C-T. . .  But you might read it differently and, if so, you would hardly be alone.”  The Court easily rejected the Government’s argument that the “immoral or scandalous” provision is viewpoint neutral.  Rather, the majority said, the provision on its face “allows registration of marks when their messages accord with, but not when their messages defy, society’s sense of decency or propriety.”  The majority held that “[t]he facial viewpoint bias in the law results in viewpoint-discriminatory application,” and that this ends the inquiry. The Court explained that “[t]here are a great many immoral and scandalous ideas in the world (even more than there are swearwords).” Because the Lanham Act bans registration of trademarks reflecting all these ideas, the “immoral or scandalous” provision violates the First Amendment.

Compounding the facial overbreadth problem, the USPTO had a long history of registering some provocative trademarks while denying registration to others seemingly at random.  The Court had little difficulty rejecting the government’s defense of these inconsistencies as “examiners’ mistakes,” and saw them instead as confirmation of the statute’s constitutional flaws.  The Court also had little difficulty dismissing the government’s argument that “the provision is salvageable by virtue of its constitutionally permissible applications.” Justice Kagan noted that such an argument would be akin to asking the court “to uphold the statute against facial attack because its unconstitutional applications are not ‘substantial’ relative to ‘the statute’s plainly legitimate sweep.’”  The Court is willing to salvage ambiguous statutes, the majority, said, but not to write new ones – certainly not where, as here, Congress has plainly overstepped constitutional bounds.

There can be little doubt that today’s decision draws a bright First Amendment line. The Supreme Court’s holding is an especially strong affirmance of the right of brand owners to select, use, and register marks that are distinctive, even if those marks may offend segments of the population. Justice Alito’s concurrence noted that, “[a]t a time when free speech is under attack, it is especially important for this Court to remain firm on the principle that the First Amendment does not tolerate viewpoint discrimination.”  He added that the decision recognizes that “a law banning speech deemed by government officials to be ‘immoral’ or ‘scandalous’ can easily be exploited for illegitimate ends.”

The Alito concurrence can also be seen as the pivot on which the Court’s competing views swing.  For Justice Alito also opined that the Court’s “decision does not prevent Congress from adopting a more carefully focused statute that precludes the registration of marks containing vulgar terms that play no real part in the expression of ideas.”  If the statute were rewritten as envisioned by Justice Alito, Petitioner’s mark could therefore be denied registration since “[t]he term suggested by the mark,” which, in his opinion, “generally signifies nothing except emotion and a severely limited vocabulary,” “is not needed to express any idea.”  The majority did not endorse this view, but nor did they reject it – rather, the majority suggested it wants to see what restrictions Congress might devise and they will consider them with an open mind.

The dissenting voices appeared ready to consider the issue right now. One pillar of the majority opinion was the conclusion that the “immoral or scandalous” ban was a unitary concept, which is how the USPTO has always applied them.  Each of Chief Justice Roberts, Justice Breyer and Justice Sotomayor took issue with that approach. They wrote a trio of separate opinions concurring in part and dissenting in part:

Time will tell if Congress tries its hand at a new version of the ban, and how the Court will react if it does. For today, we are left with a powerful and clear majority opinion: Viewpoint discrimination is unconstitutional. Brand owners are free to register trademarks that have the capacity to offend. They can no longer be denied federal registration of their marks simply because a given trademark examiner, in his or her subjective judgment, finds them immoral or scandalous. As argued in the INTA amicus brief, if a consumer is offended by a mark, they do not have to purchase the goods or services bearing the mark. But that should not deprive trademark owners of the statutory advantages of registration, and after today’s Brunetti decision, it no longer will.

Jeremy Feigelson is a litigation partner, Co-Chair of the firm’s Cybersecurity & Data Privacy practice, and a member of Debevoise’s Intellectual Property and Media Group. He frequently represents clients in litigations and [...see more]

Michael Compton-McGregor is a litigation associate whose practice focuses on Intellectual Property, specializing in trademarks, trade dress, and false advertising. He represents clients across a range of industries, including entertainment, fashion, professional [...see more]

Jaime Freilich is a litigation associate whose practice focuses on Intellectual Property and Cybersecurity & Data Privacy. Jaime joined Debevoise in 2018. For more information or to contact Jaime please visit her [...see more]