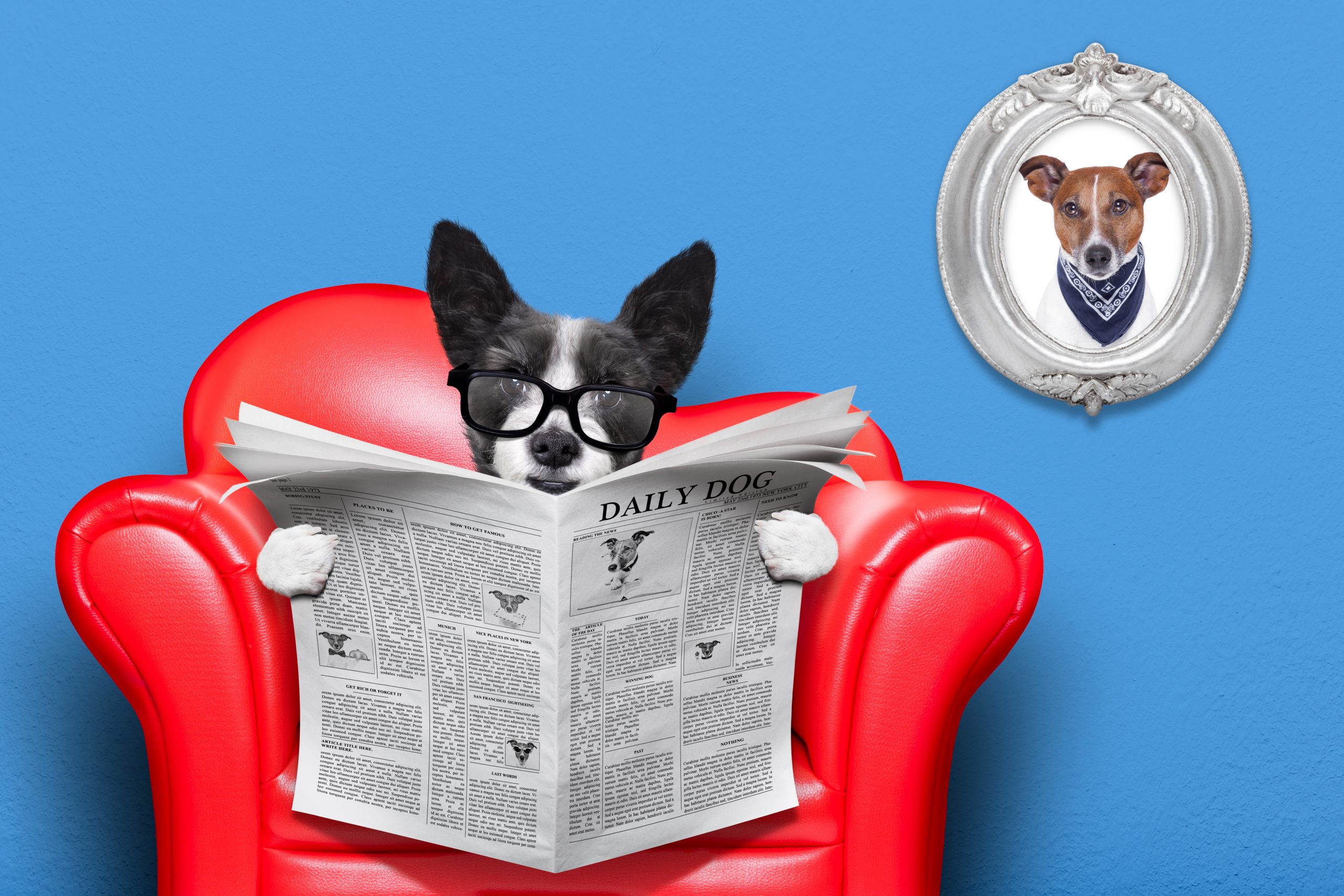 USPTO Postpones Fee for Non-DOCX Applications – The United States Patent and Trademark Office (USPTO) on Friday, November 19, issued a final rule that delays until January 1, 2023, the effective date of the fee set forth in 37 CFR 1.16(u) for any nonprovisional utility patent application filed under 35 U.S.C. 111, including any continuing application, that is not filed in DOCX format. Prior to this final rule, the fee was set to take effect on January 1, 2022. The delay will enable the USPTO to undertake enhanced testing of its information technology systems as more users file in DOCX, and it also will give applicants more time to adjust to filing patent applications in DOCX format. You can find the full text of the final rule in the Federal Register and on the USPTO’s Patent Related Notices webpage.

Iancu, Kappos and Locke Release White Paper Calling TRIPS Waiver a “Strategic Folly” – On Wednesday, November 17, former U.S. Patent and Trademark Office Directors Andrei Iancu and David Kappos, along with former U.S. Secretary of Commerce Gary Locke, released a white paper in which the trio called out efforts by the Biden Administration to support a waiver of IP obligations under the Agreement on Trade-Related Aspects of Intellectual Property Rights (TRIPS Agreement) for COVID-19 vaccines as a “strategic folly,” noting that the waiver would not result in any additional vaccine production, that it would increase national security threats by allowing wider access to mRNA technology to nefarious parties, and fail to address any of the actual vaccine access barriers like manufacturing capacity and supply chain trafficking.

USPTO Issues Final Rule Implementing Terms of the Trademark Modernization Act – On Wednesday, November 17, the U.S. Patent and Trademark Office issued a final rule in the Federal Register in which the agency officially amended its rules of practice to implement the terms of the Trademark Modernization Act, including the establishment of new ex parte expungement and reexamination proceedings for challenging trademarks as well as new grounds for nonuse in challenging registered marks at the Trademark Trial and Appeal Board (TTAB).

Kanter Confirmed as Assistant Attorney General for Antitrust – On Tuesday, November 16, the U.S. Senate confirmed Jonathan Kanter as the new leader of the U.S. Department of Justice’s Antitrust Division. Kanter is currently a partner at The Kanter Law Group LLP, and previously was Co-Chair of the antitrust practice at Paul, Weiss, Rifkind, Wharton, and Garrison LLP. Kanter also served as an attorney for the U.S. Federal Trade Commission’s Bureau of Competition. During a confirmation hearing before the Senate Judiciary Committee on Wednesday, October 6, Kanter said that he would vigorously enforce antitrust laws if confirmed.

Global Value of Music Copyright Increases 2.7% During 2020 Thanks to Streaming Boom – On Tuesday, November 16, international music business publication Music & Copyright released its sixth-annual Global Value of Music Copyright report showing that the value of music copyright internationally increased by 2.7% during 2020 up to $32.5 billion USD, with a majority of this value being contributed from streaming music and much of the increased revenues mainly benefitted record labels over music publishers.

B.E. Tech Files Mandamus Petition at CAFC Raising PTAB Constitutionality Issues – On Monday, November 15, targeted advertising tech developer B.E. Tech filed a petition for a writ of mandamus with the Federal Circuit asking the appellate court to enter mandamus relief overturning a series of decisions to institute inter partes review (IPR) proceedings at the Patent Trial and Appeal Board over issues related to the unconstitutional deprivation of property due to financial pressures to institute IPRs, judge panels that are stacked to achieve particular outcomes in cases and secretive review of draft IPR decisions by the AIA Review Committee.

Petition for Cert Seeks Relief for State Copyright Infringement Under Takings Clause – On Monday, November 15, Jim Olive Photography filed a petition for writ of certiorari at the U.S. Supreme Court asking the nation’s highest court to take up an appeal from the Supreme Court of Texas, which rejected Jim Olive’s claims that the University of Houston System’s unauthorized use of his aerial photography constituted a per se taking under the Fifth and Fourteenth Amendments. Jim Olive is asking the Supreme Court to grant the petition, vacate and remand for application of the Court’s ruling in Cedar Point Nursery v. Hassid, which was issued after the Texas Supreme Court’s decision.

Copyright Office Further Extends Public Comment Period for Initiating CCB Proceedings – On Wednesday, November 17, the U.S. Copyright Office issued a notice of proposed rulemaking in the Federal Register expanding the public comment period for submitting written comments on a wide range of procedures governing the initial stages of small copyright claims brought to the recently established Copyright Claims Board until November 30 for initial comments and December 15 for reply moments.

Judge Bryant Stays Loofah Patent Case 60 Days After Late Plaintiff Disclosure – On Wednesday, November 17, U.S. District Judge Barry A. Bryant of the Western District of Arkansas entered an order denying a motion to dismiss Sorrell Holdings’ patent infringement case against Infinity Headwear & Apparel for its sale of allegedly infringing MascotWear bath loofahs. Judge Bryant also delayed the date of the trial by 60 days following a late disclosure from Sorrell regarding the written assignment of the asserted patent to the company.

TTAB Finds Consumers Unlikely to Translate Spanish Word Following English Equivalent – On Wednesday, November 17, the Trademark Trial and Appeal Board (TTAB) issued a precedential ruling in In re: Taverna Izakaya LLC in which the Board reversed a trademark examiner’s decision to reject a trademark application for “TAVERNA COSTERA” in restaurant services, finding that consumers were unlikely to translate “COSTERA” from Spanish into “coastal” after reading “TAVERNA,” an English equivalent of a Greek term for little tavern.

Burberry Gets $138K in Attorney’s Fees and Costs from Infringing Rapper – On Wednesday, November 17, U.S. District Judge Marvin E. Aspen issued an order granting UK fashion design firm Burberry $137,000 in attorneys’ fees and another $645 in costs following a default judgment against Marvel Yarbrough, a rap artist who performs under the name Burberry Jesus, on Burberry’s claims that Yarbrough’s persona infringed on Burberry’s trademarks and copyright.

Judge Rakoff Clears Skechers of Trademark Infringement Claims Over Line of Shoes – On Tuesday, November 16, the U.S. District Judge Jed S. Rakoff of the Southern District of New York entered an order directing entry of final judgment in a trademark case brought by shoemaker Easy Spirit after finding that Skechers’ “Commute Time” line of footwear does not create a likelihood of consumer confusion with Easy Spirit’s registered “TRAVELTIME” trademark for footwear.

Miramax Sues Quentin Tarantino in Central California Over NFTs of Pulp Fiction Scenes – On Tuesday, November 16, film production company Miramax filed a lawsuit in the Central District of California accusing film director Quentin Tarantino of copyright infringement over his listing of non-fungible tokens (NFTs) featuring scenes from the 1994 film Pulp Fiction on the NFT platform OpenSea, which Miramax alleges is outside of the scope of rights reserved by Tarantino related to the film.

Western Texas Verdict Dings Google, YouTube For $26M Over Streaming Video Patents – On Tuesday, November 16, a jury verdict entered in the Western District of Texas awarded $25.9 million in reasonable royalties for Google and YouTube’s infringement of a patent covering video streaming technologies owned by VideoShare LLC, over contentions by the Internet service giants that the claims of the patents covered technologies that were routine, well-understood and conventional as of the patent’s priority date.

Major American Automakers Looking to Enter Chip Manufacturing Industry During Global Shortage – On Thursday, November 18, news reports indicated that both General Motors and Ford Motor Company had unveiled separate plans to partner with major semiconductor firms to address factory outages during the global chip shortages. The strategic plans would see both major U.S. car manufacturers to look at developing their own chips and possibly move into semiconductor manufacturing at their own factory facilities in the coming years.